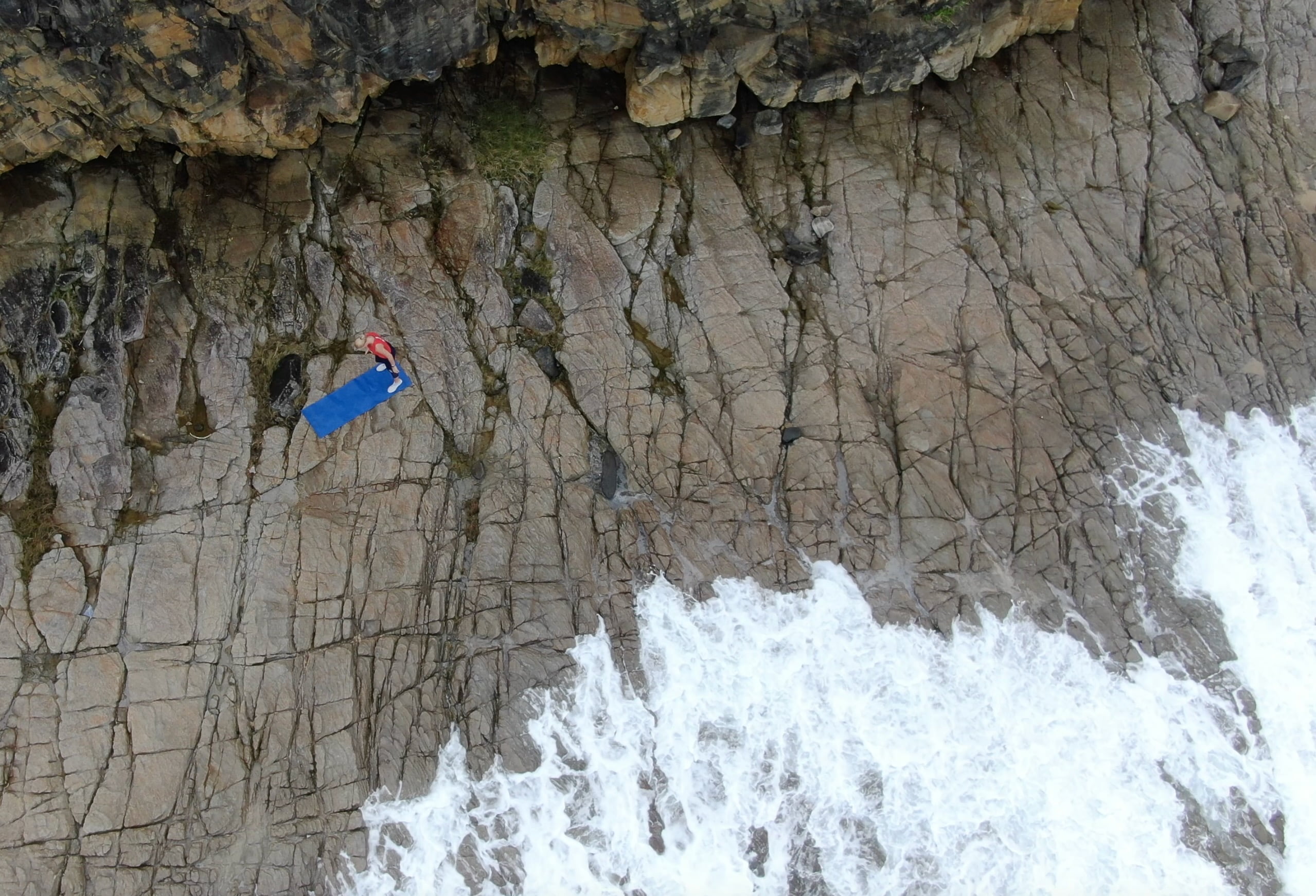 Shout out to Bruce Davidson! I am planning to be in Noosa on Sunday, January 22nd for the highest astronomical tide for the year. I will dust off Skido (my drone) and get some more photographs and video of the ever-changing sea levels.

Everyone is welcome! The plan is to meet at Boiling Point Lookout, Noosa National Park, at 7.32 am. The highest tide is at 8.32 am.

Weather permitting, we will make our way onto the platform below the lookout to be ready to confront the full force of the Super New Moon. You can find more information, including a map, at my sea level page.

Sea levels along the east coast of Australia began to rise about 16,000 years ago with the melting of Antarctica. By 9,000 years ago, sea levels around the world had risen by 12,000 centimetres, or 120 metres, the equivalent of a 25-storey building! The extent of this rise dwarfs the 36-centimetre rise globally that has occurred over the last 150 years.

It is uncontroversial, at least in peer-reviewed journals, that global sea level rise at the end of the last ice age occurred at a rate 10 times faster than the modern rate of about 3mm per year – which is about how much Scotland is rising due to isostatic rebound.

After being buried under several kilometres of ice, much of Europe and North America is experiencing uplift – isostatic rebound. For example, the ice retreated from Sweden 9,900 to 10,300 years ago and large-scale uplift is still occurring to the extent that the tidal gauge in Stockholm shows sea levels have fallen by about 50 cm over the last 129 years — an average annual rate of fall of 3.9mm per year. The uplift at Juneau, in Alaska, is even more extreme: in just 80 years sea levels have fallen by 120cm at a steady rate of minus 15mm per year. This reality jars with the notion of catastrophic sea level rise, so the experts ‘detrends’ the measurements from these tidal gauges, until they show sea level rise.

These numbers don’t make for easy reading and may seem extraordinary, but sea levels really did rise globally by 120 metres at the end of the last ice age. Yet this inconvenient fact tends to be excluded from political summaries on climate change that rely on the remodelled data.

The mismatch between the rhetoric and reality is discussed by Jared Cruise and me in the film we made about the highest astronomical tide last year that corresponded with cyclone Seth just offshore from Noosa. We discuss sea level change and the origin of the platform below Boiling Pot Lookout towards the end of the short documentary.

According to the latest IPCC report on climate change – Assessment Report 6, published just before the 26th Conference of Parties (COP26) in Glasgow in 2021 – global temperatures are the warmest they have been for at least the last 125,000 years. There is no mention that in between it got quite cold, and Scotland (where that meeting was held) was covered in a lot of ice.

Given the landmass of Australia has not sunk or risen much over this time period, if the IPCC reports are correct the waves should cover the platform below Boiling Pot Lookout in Noosa National Park on super high tides and we should be washed away. Oh.

***
The feature image at the very top of this blog post is of Caroline – the best personnel trainer in Noosa – when she came with me to do a workout below the lookout, on the platform. We had fun.