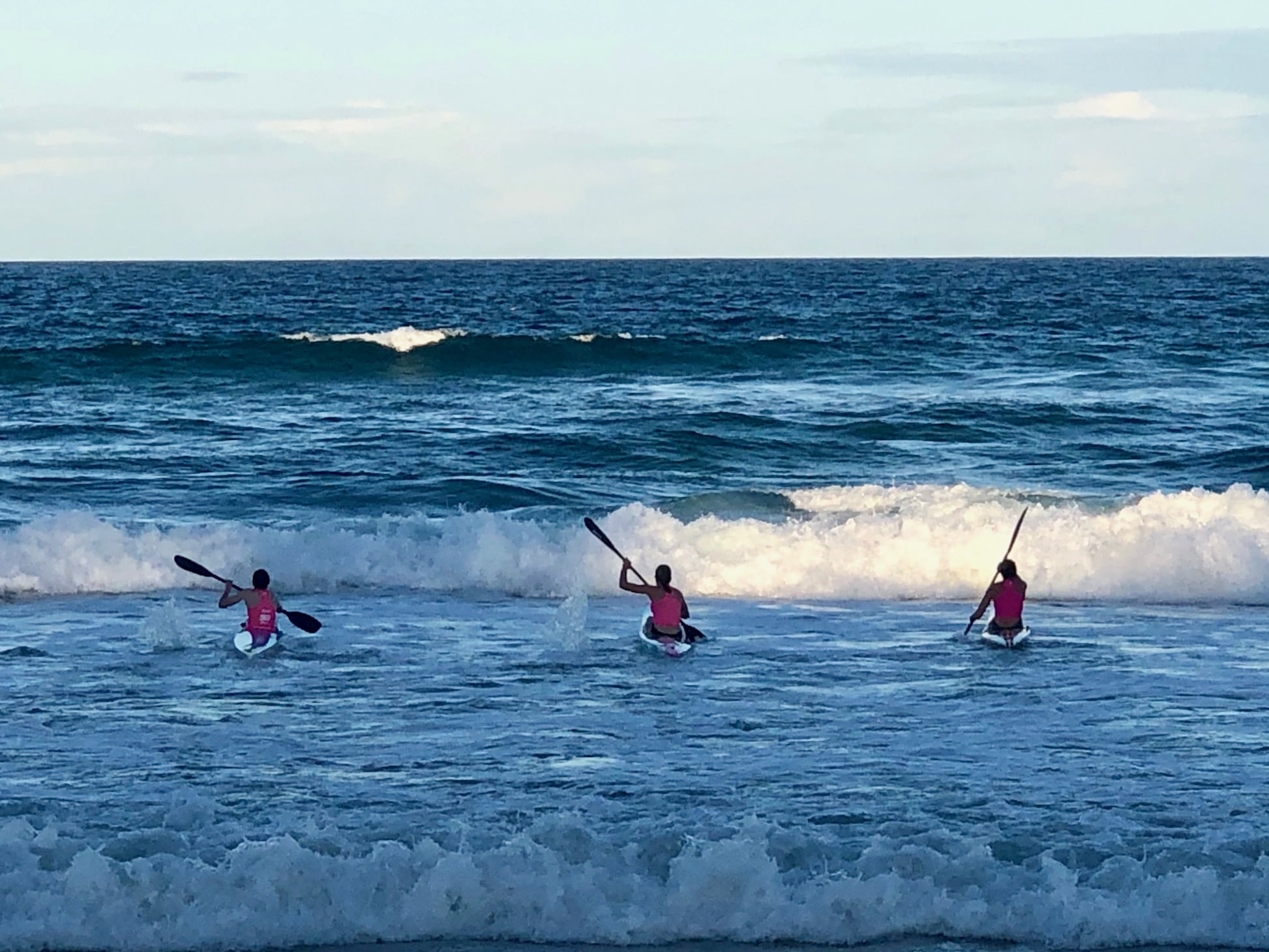 Originally from Melbourne, musician Helen Reddy wrote such an inspiring song about women ‘in numbers too big to ignore’ back in 1971. That was when my mother was telling me ‘It’s a man’s world’, while at the same time providing me with every opportunity to succeed.

I am woman, hear me roar
In numbers too big to ignore
And I know too much to go back an’ pretend
‘Cause I’ve heard it all before
And I’ve been down there on the floor
No one’s ever gonna keep me down again
Oh yes, I am wise
But it’s wisdom born of pain

Just two days ago my friend Craig Kelly MP put these inspiring words to images of women being accosted and arrested by Victorian police. Some may claim it inappropriate for a man to be claiming a woman’s song … but Craig Kelly doesn’t see gender or colour in the issues confronting ordinary Victorians right now. Craig Kelly sees injustice and he has reached for a song and images full of emotion that show defiance.

There is a need, at this point in our shared history, for more defiance.

Meanwhile the Australian Communications Media Authority (ACMA), the very institution here in Australia that should be protecting free speech, is calling for Craig Kelly’s Facebook posts to be censored … to be removed.

In defiance, I urge you to become a fan at: https://www.facebook.com/CraigKellyMP/ .

There is power in numbers, and there can also be power in one. Craig Kelly used to chat with me about the fraud that is the Renewable Energy Target (RET), then he turned the tables on Malcolm Turnbull, resulting in Turnbull’s downfall as Prime Minister as I’ve explained previously.

A key complaint from various elites has been Craig Kelly’s criticism of government bureaucrats that in his view have interfered in the sanctity of the doctor – patient relationship, which has resulted in hydroxy-chloroquine being withheld from Australians to treat Covid.

There has certainly been a vicious campaign against this drug by those who have much to gain financially from alternatives, including from the development and mandating of a Covid vaccine. Most surprisingly, the same week Craig Kelly was explaining how the Oxford University trial into hydroxy-chloroquine inexplicably and inappropriately administered a grossly excessive, toxic and potentially lethal over-dose to almost 1,500 people in their trial (and wondered why many started to die), our government was announcing money for the ‘Oxford vaccine’.

My mother had me vaccinated, and I ensured my daughter was vaccinated, but let me roar right here and now: I shall never willingly be vaccinated with a brew concocted by Oxford university professors who either knowingly or unwittingly administered a toxic over-dose of hydroxycholoroquine to naive participants at hundreds of British hospitals just a few months ago.

And let me also roar my support again for all the women in Victoria, who like Zoe Buhler, have taken a stand for freedom and against tyranny. Just today my friend Andrew Cooper started a fundraising appeal for Zoe. She is going to need about $300,000 to fund her legal defence, you can donate here:
https://give.libertyworks.org.au/free-zoe-buhler

Yes, I’ve paid the price
But look how much I gained
If I have to, I can do anything
I am strong
(Strong)
I am invincible
(Invincible)
I am woman

Thank you Craig Kelly for the reminder that we can all be strong, that we can grow in convection from adversity … that it can make us even more determined.

The feature image at the top of this blog post is of three young women paddling against the tide/defying the surf at my local beach late this afternoon. It is not easy getting a board out in the cold in the late afternoon beyond the breakers … but they made it look easy. We can all practice, and get stronger, in our own way and in our own time.

And about Oxford University and Hydroxy-chloroquine some notes:

The UK study into the effects of hydroxy-chloroquine (HCQ) known as The Recovery trial (sponsored by Bill Gates and others) has been much reported in the popular press with claims that HCQ doesn’t work and is dangerous. In this study, 1561 patients were randomly allocated to receive hydroxy-chloroquine and of these 418 (26.8%) died within 28 days.

The anti-hydroxy-chloroquine crowd claim this is game, set and match. Donald Trump was wrong and irresponsible.

The first thing to note, however, is that this study looked at late stage patients (average of 9 days post symptoms) that were already very sick. Secondly, the study didn’t include giving patients zinc in combination with HCQ.

Doctors that claim success with HCQ all say the treatment must start virtually immediately after infection and must include Zinc. So, this would suggest The Recovery study is of limited value for evaluating the true efficacy of HQC.

But it actually gets worse.

In the Recovery study, those receiving HCQ were loaded up with a massive dose of 2400 mg of HCQ in the first 24 hours.

In comparison to this treatment 2400 mg in the first day, followed by 800 mg, for the next nine days, was Dr Zelenko’s highly successful treatment with HCQ that used just 2 x tablets twice a today – total 400 mg per day for 5 days.

How could anyone administer such an excessive and toxic amount of HCQ to over 1500 very sick patients?

The France Soir newspaper interviewed one of the principal researchers of the Oxford RECOVERY trials, Martin Landray.

Soir asked the question, ‘How did you decide on the (2400 mg) dosage of hydroxychloroquine?’

The answer by Landray was,’The doses were chosen on the basis of pharmacokinetic modelling and these are in line with the sort of doses that you used for other diseases such as amoebic dysentery.’

The newspaper asked, ‘Are there any maximum dosage for HCQ in the UK?’
Landray replied, ‘I would have to check but it is much larger than the 2400mg, something like six or 10 times that … the HCQ dosage used are not dissimilar to that used, as I said, in for example amoebic dysentery.’

The French newspaper then interviewed Doctor Christian Perronne, a Professor of Infectious and Tropical Diseases at the Faculty of Medicine Paris-Ile de France-Ouest, who told them, ‘It is indeed the first time that I learn that we use hydroxychloroquine in amoebic dysentery, in addition to the dose being super-toxic for humans.’

‘The classic treatment for colonic amoebiasis is based on a combination of hydroxyquinolines, tiliquinol and tilbroquinol, whose trade name is Intetrix.’

‘I think they confused hydroxychloroquine with hydroxyquinolines.’

‘If my assumption is correct, it is incompetence. Most serious is the use of a huge, potentially fatal, dose,’ added Professor Perronne.

So, the possibility is, that the excessive, toxic (and potentially fatal) dose that they administered (which coincided with such a high rate of deaths) may have resulted from a mix up in the names of different drugs, by confusing hydroxychloroquine with hydroxyquinolines.

And as a result of this confusion, this likely caused the RECOVERY trial to report an excessively high death rate from HCQ, and this is then used as propaganda by the anti-HCQ crowd to demonise the drug, (which in turn is used to claim Donald Trump was wrong) and then an excuse to prevent it being given to others – when it could save their lives.