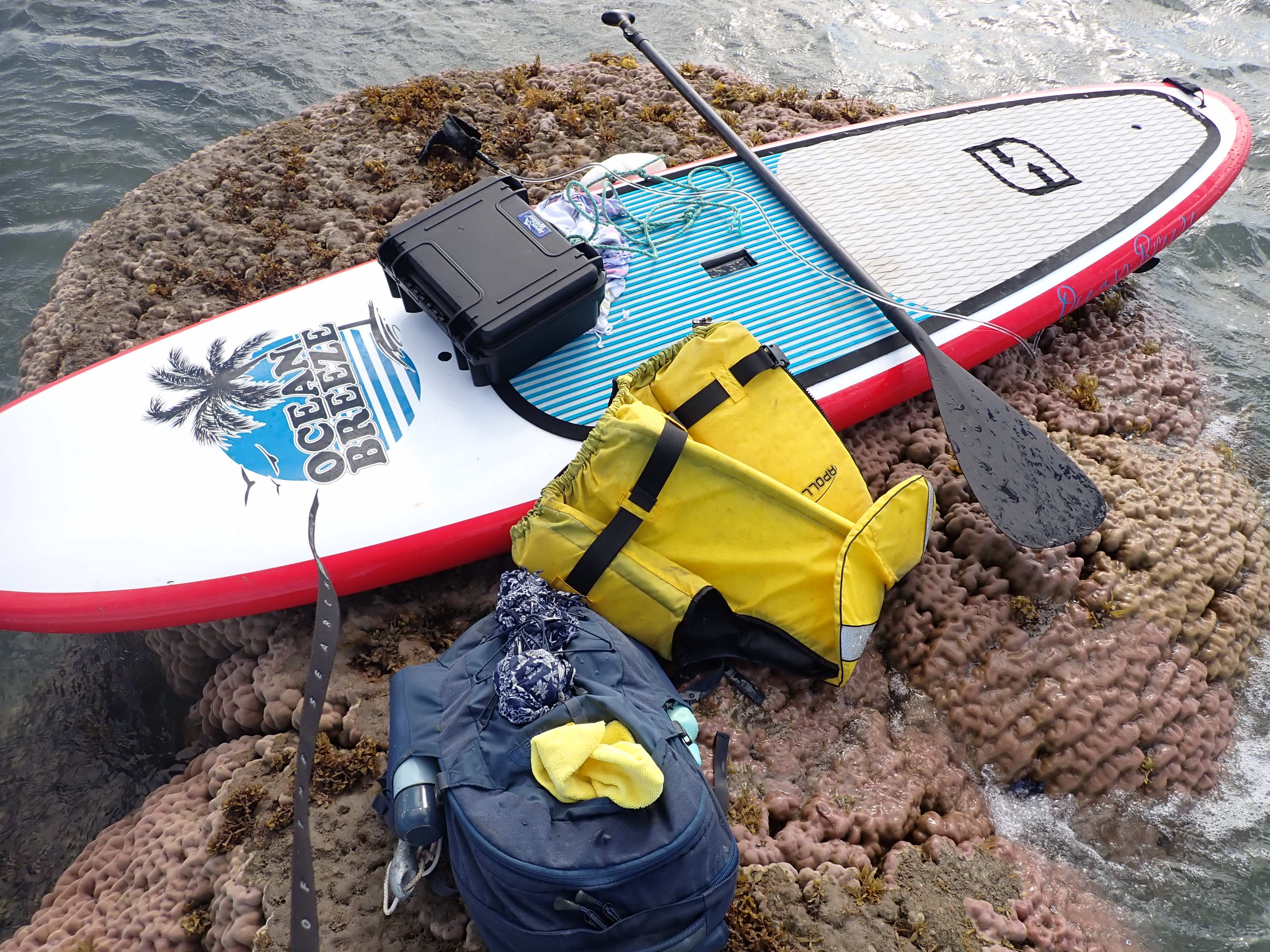 CORALS are animals, closely related to jelly fish, but they differ in having a limestone skeleton. This is hard-stuff, calcium carbonate, and it can persist in the environment and provide an indication of changes in sea level, and also the growth rates of corals, over thousands of years.

There are well established techniques for coring corals, and then measuring growth rates. But as Peter Ridd explains in the following article just published by The Australian, since 2005 there has been no systematic study* of coral growth rates at the Great Barrier Reef.

It is the case that lots of claims are made about declining calcification rates and also declining water quality. But the data is either missing or could actually tell quite a different story.

This is the first in a series of blog posts planned on what Peter is calling ‘The Coral Challenge’. Graham Lloyd has a companion piece, also in today’s The Australian.

Great Barrier Reef Truth May Be Inconvenient, But It Is Out There
By Dr Peter Ridd

We have no data of Great Barrier Reef coral growth rates for the last 15 years. Has growth collapsed as the Australian Institute of Marine Science claims?

Is the Great Barrier Reef (GBR) being affected by climate change, the acidification of the ocean, and the pesticides, sediment and fertiliser from farms? One way to tell is to measure the coral growth rates. Our science institutions claim that coral growth rates collapsed between 1990 and 2005 due to stress from human pollution. Remarkably, despite having data of coral growth rates for the last few centuries, there is no data for the last 15 years. We don’t know how the GBR has fared since 2005.

Corals have yearly growth rings similar to tree rings. By drilling cores from large corals, scientists can measure the growth rates over the life of the coral. The yearly rings are roughly 10 millimetres thick so a coral that is many meters across can be hundreds of years old. In a landmark study, the Australian Institute of Maine Science (AIMS) took cores from over 300 corals on the GBR and concluded that for the last three hundred years, coral growth was stable, but in 1990 there was an unprecedented and dramatic collapse of 15%.

With Thomas Stieglitz and Eduardo da Silva, I reanalysed the AIMS data and, in our opinion, AIMS made two major mistakes. The first was incorrect measurement of the near surface coral growth rings on most of the corals that were giving data from 1990 to 2005. After years of argument AIMS have begrudgingly agreed that they made this mistake. The other problems is that they used much smaller and younger corals for the 1990-2005 data compared with the mostly very large and old corals of the pre 1990 data: they changed their methodology and this is what caused the apparent drop at 1990. When we corrected this problem, the fall in growth rate disappeared.

AIMS continue to dispute this second error and still claim there was a worrying reduction in growth rate between 1990 to 2005. This disputed work is quoted in influential government documents such as the 2019 reef outlook report. I am not cherry-picking a minor problem. It is a fundamental problem with a keystone piece of GBR science.

We thus have a situation that arguably the most important data that tells us about the health of the GBR is highly questionable from 1990 to 2005.

What is far worse is that we have no data whatever since 2005.

The science institutions have not only failed to investigate probable major errors in their work, they have also failed to update measurement of this fundamental parameter while claiming, in increasingly shrill tones, that the GBR is in peril.

But ironically, this failure provides a fantastic opportunity: The Coral Challenge.

For the last 15 years we don’t know what growth rates have been. It is easy to fill in the missing data, and check the previous data, by taking more cores from the reef. AIMS have effectively stated that coral growth is falling at 1% per year. According to the AIMS curve, growth should now be 30% lower than it was in 1990 – a disastrous fall.

I predict it has stayed the same. Either way, it would be nice to know what has actually happened – is the reef really in danger or not?

But a second and almost equally valuable outcome of measuring the missing data is that it will be an acid test of the trustworthiness of our major science institutions. AIMS have dug in their heels and denied they made a major methodological mistake. Let’s do the experiment and see if they are right, or untrustworthy. Same for me. If this measurement is done, and done properly, and it shows there has been a major reduction in coral growth rates, I will be the first to accept I was wrong and that there is a disaster happening on the reef.

The coral challenge is a measurement that will have to be done sooner or later. The longer it is neglected the worse it will look to the public. Farmers who are accused of killing the reef are especially interested.

We need to make sure these new measurements are done properly and without any questions about reliability. They must be supervised by a group of scientists that are acceptable to both sides of the agricultural debate on the reef to ensure methodology and execution is impeccable.

*There have been some recent studies of calcification rates at a limited number of sites, and these contradict the media headlines and the landmark AIMS study. For example:
‘Long-term growth trends of massive Porites corals across a latitudinal gradient in the Indo-Pacific’ by Tries B. Razak, George Roff, Janice M. Lough, Dudi Prayudi, Neal E. Cantin, Peter J. Mumby in Marine Ecology Progress Series, Volume 626. The Abstract reads:

“Previous studies have reported recent substantial declines in the growth rates of massive Porites corals under warming oceans. However, the majority of these reports are from inshore reefs, and few have explored growth responses in offshore reefs from remote locations with low levels of pollution, sedimentation or nutrient loading. Here, we examined continuous growth records of massive Porites from remote locations spanning a 25° latitudinal gradient in the Indo-Pacific, including Palau, central Sulawesi, West Papua and the central Great Barrier Reef (GBR). Between 1982 and 2012, no significant changes in calcification or extension anomalies were observed at any study location, despite significant increases in sea surface temperature (SST) at all sites. Skeletal density increased linearly by ~0.4% yr−1 in Palau, but no change was found in Sulawesi, yet skeletal density showed a significant nonlinear change in West Papua and the GBR. Skeletal density displayed a significant positive linear relationship with SST at Palau and West Papua, whereas no relationship was observed in Sulawesi. In the GBR, skeletal density exhibited a nonlinear parabolic relationship with SST, with strong negative anomalies occurring following major thermal events. Unlike the ongoing declines in growth rates of inshore corals that have been widely reported, we found that calcification and extension anomalies of the majority of Porites from offshore remote locations do not appear to be exhibiting negative growth responses to warming SST. Our results suggest that reefs experiencing low levels of local stressors may show increased resilience to warming SST in an era of rapidly warming oceans.

There is more background information on Peter Ridd’s work in this area in the book that I edited: ‘Climate Change: The Facts 2017’, specifically the chapter entitled: ‘The Extraordinary Resilience of Great Barrier Reef Corals, And Problems with Policy Science’. Go have a read!

The coral featured at the top of this blog post is a huge Porites, perhaps 1,000 years old, that the experts claim does not exist because they deny the inshore reefs off-Bowen. I rested on it, while exploring south of Bowen in August 2019 with my paddle board. The black case (the Jarvis Walker) is for my drone Skido, who comes with me paddle boarding.