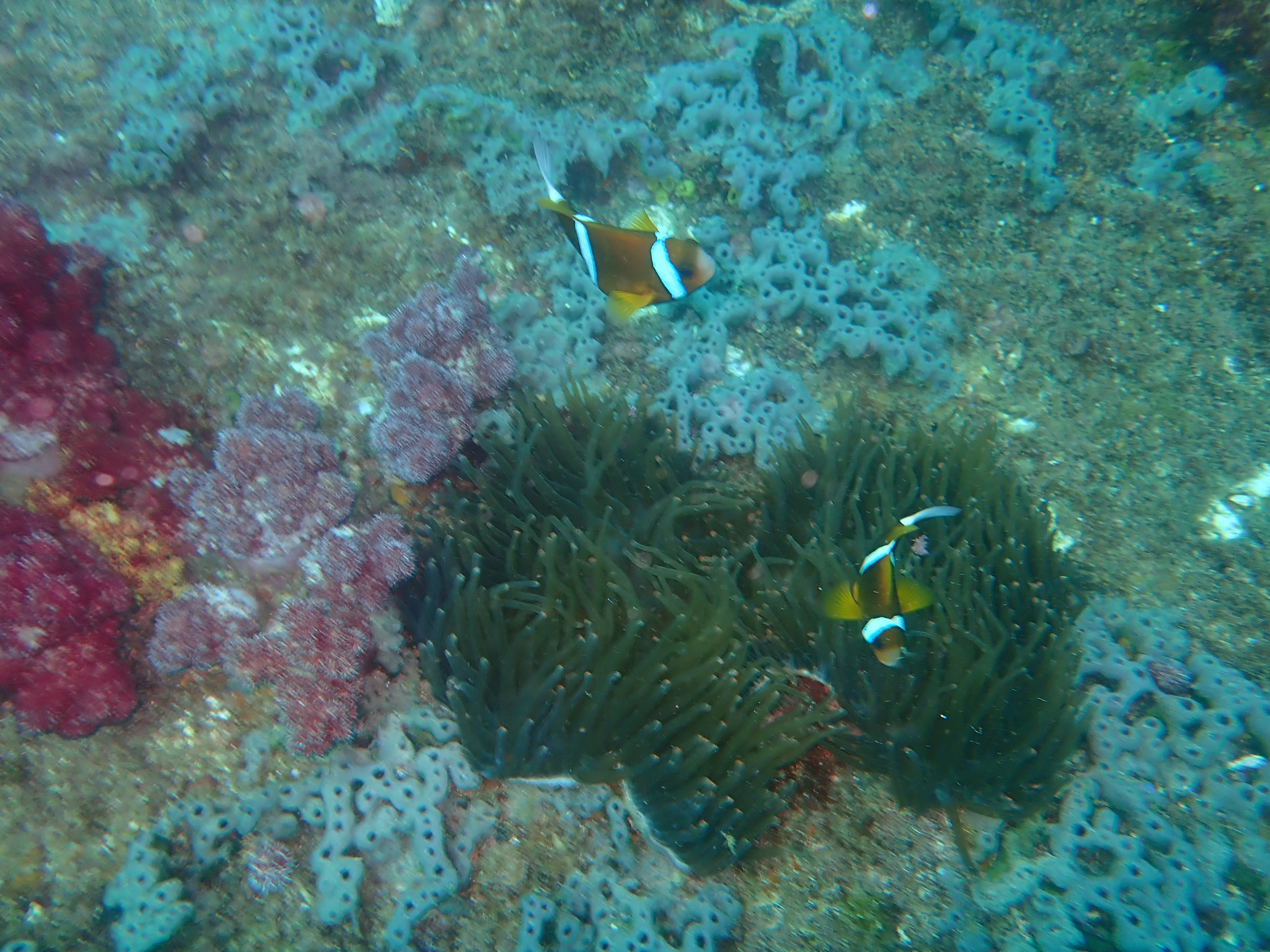 THIS submission relates to the first term of reference for the Senate inquiry: The existing evidence-base on the impact of farm water runoff on the health of the Great Barrier Reef and catchment areas.

So, I have removed the information that I had posted here concerning my submission and its recommendation.

GO. THE SUBMISSION HAS NOW BEEN POSTED ONLINE BY THE COMMITTEE, SO I AM REPOSTING HERE (JANUARY 2, 2020)

This submission relates to the first term of reference for the Senate inquiry: The existing evidence- base on the impact of farm water runoff on the health of the Great Barrier Reef and catchment areas.

In order to address this issue it is necessary to have some water quality data. This data has been collected over decades by the many port authorities along the Queensland coast, by the Great Barrier Reef Marine Park Authority (GBRMPA), and various government departments that often change their name. For example, there was a report published in 1999 jointly by the Department of Environment and Heritage and the Department of Natural Resources entitled ‘Testing the Waters: A Report on the Quality of Queensland Waters’.

“Point discharge from many urban areas have impacts on water quality in their vicinity. Because urban areas are concentrated along the coastal fringe, most of these impacts occur in estuarine waters. However, these impacts are considerably less than they were 20 years ago and there is continuing management effort focussed on bringing point discharge under control…”

The report went on to state that future editions of statewide water quality reports will build on the information presented in what was then considered the ‘initial report’, with few reports likely to give a more definitive indication of long term trends in water quality.

In fact, since 1999 despite increasing expenditure in the area of water quality monitoring it is increasingly difficult to access basic water quality data. The situation is absurd, and I am told it reflects the state and federal government’s desire to maintain the perception of declining water quality, while in reality, the situation is improving. There could be general improvement because local governments have spent large amounts of money on better sewerage treatment, and rural industries have received significant funding to fence riparian areas, and more generally improve their land management practices.

Yet we are told that water quality continues to deteriorate, and this claim underpins increasingly regulation of industries that is the subject of this senate inquiry.

The first term of reference of this inquiry assumes an impact from farming on the Great Barrier Reef. It is important that the committee actually establish the nature and magnitude of this impact
by way of real evidence. Ideally a detailed assessment of changes in key water quality parameters at relevant geographical and temporal scales will be provided.

So far key reports, for example a much quoted recent technical study by Marine Ecological Consultant Dr Daniela Ceccarelli, rely on overseas datasets that use obscure methods for measuring water quality. It is difficult to understand why the GBRMPA collects detailed water quality data, and then scientists like Ceccarelli and colleagues extrapolated from indirect measures.

Given the importance of understanding changes in water quality over time it is important that this inquiry ensure the following information be made publicly available without delay:

Relevant water quality data including nutrient concentrations (e.g. chlorophyll a) and sediment loads (turbidity, e.g. Kd4010) at a daily, monthly and annual time scale for every major port, and every major inshore coral reef, along the Queensland coast since at least 1975. This is when this water quality data was first collected in a comprehensive and regular way.

Just today, Friday 8th November 2019, I was diving the HMAS Brisbane Wreck off Mooloolaba close to my home in south east Queensland. My mind is still buzzing with the extraordinary diversity of reef fish (so many of all shapes and sizes) and corals (such diversity and so colourful) that I saw. This inshore reef just to the south of the Great Barrier Reef is so new: the old war ship having only been sunk into 28 metres of water 14 years ago in July 2005.

This new healthy coral reef ecosystem, with so much diversity, has come to be over the same period of time that studies by Ceccarelli and others claim there has been wide spread deterioration in water quality affecting off shore coral reefs. The impression is that if we don’t tackle ‘water quality locally’ and ‘climate change globally’ all reefs will continue to see a significant decline in coral coverage. It also follows that new inshore reefs, like the coral reef that I visited yesterday, that was teeming with colour and new life could not exist.

In August I spent 10 days snorkelling, paddle boarding, and droning over the coral reefs of the northern and southern Whitsundays. I started at Horseshoe bay that is right in Bowen township, in fact there is a coffee shop within perhaps 250 metres of the southern headland where there are a great diversity of colourful corals growing on the granite.

I was surprised to see such colourful, healthy corals straight-off the beach and so accessible from the mainland/a north Queensland town. A family can train/bus/drive to this local beach at Bowen and go snorkelling and find many of the corals found throughout the Great Barrier Reef. Indeed, the bays and headlands around Bowen offer an opportunity for anyone to see corals, without spending a lot of money. Yet newspaper headlines quoting leading academics including Professor Terry Hughes claim inshore corals in this region have been destroyed by global warming.

About two kilometres from Horseshoe Bay at the entrance to Bowen Harbour, at the southern end of Stone Island, scientists curtailed a long transect across a reef flat of dead corals. The scientists ended it just 30 metres from the reef’s edge where there is so much live coral to be found.

The edge of this fringing reef slopes to the sea floor with prolific growth and great diversity of hard and soft corals species. This reef edge, perhaps 20 metres wide in some places, extends for perhaps 2 kilometres around the western edge of Stone Island. Yet in the research report published in the prestigious journal Nature, it is claimed there are no live Acropora at this reef and describes only dead corals along the transect.

As reported by Graham Lloyd in The Weekend Australian (7 September 2019), I saw and photographed healthy branching Acropora and also large pink plate coral on 25 August 2019 — some of the plate corals were more than 1 metre in diameter at this reef edge. David Wachenfeld, the chief scientist at GBRMPA is an author of this most misleading study that appeared intent on finding only that part of the fringing reef system with dead corals.

It is the case that in nature, as in life, we can sometimes find whatever we are looking for and this is especially the case at some inshore reefs where there is only live coral at that reef’s edge.
At some inshore reefs, if we look only for disaster and catastrophe it can be found in the rubble of the back reef from previous cyclones or from sea level fall.

Cyclones and sea level change – especially localised dramatic falls in sea level associated with El Niño events that cause widespread bleaching – will destroy individual coral gardens. But reef communities can recover if they are healthy and are spread over a critically large area. It is reefs that become infested, for example with crown-of-thorn star fish, that lack resilience and may not recover from natural disasters.

Corals at inshore reefs are particularly subject to natural extremes of temperature, sea level change, and other environmental hazards, such as outbreaks of crown-of-thorn starfish.

Given that the Great Barrier Reef, as one ecosystem, comprises nearly 3000 individual reefs stretching for 2000 kilometres, damaged areas can always be found somewhere. And a coral reef that is mature and spectacular today, may be smashed by a cyclone tomorrow — though neither the intensity nor frequency of cyclones is increasing at the Great Barrier Reef despite climate change.