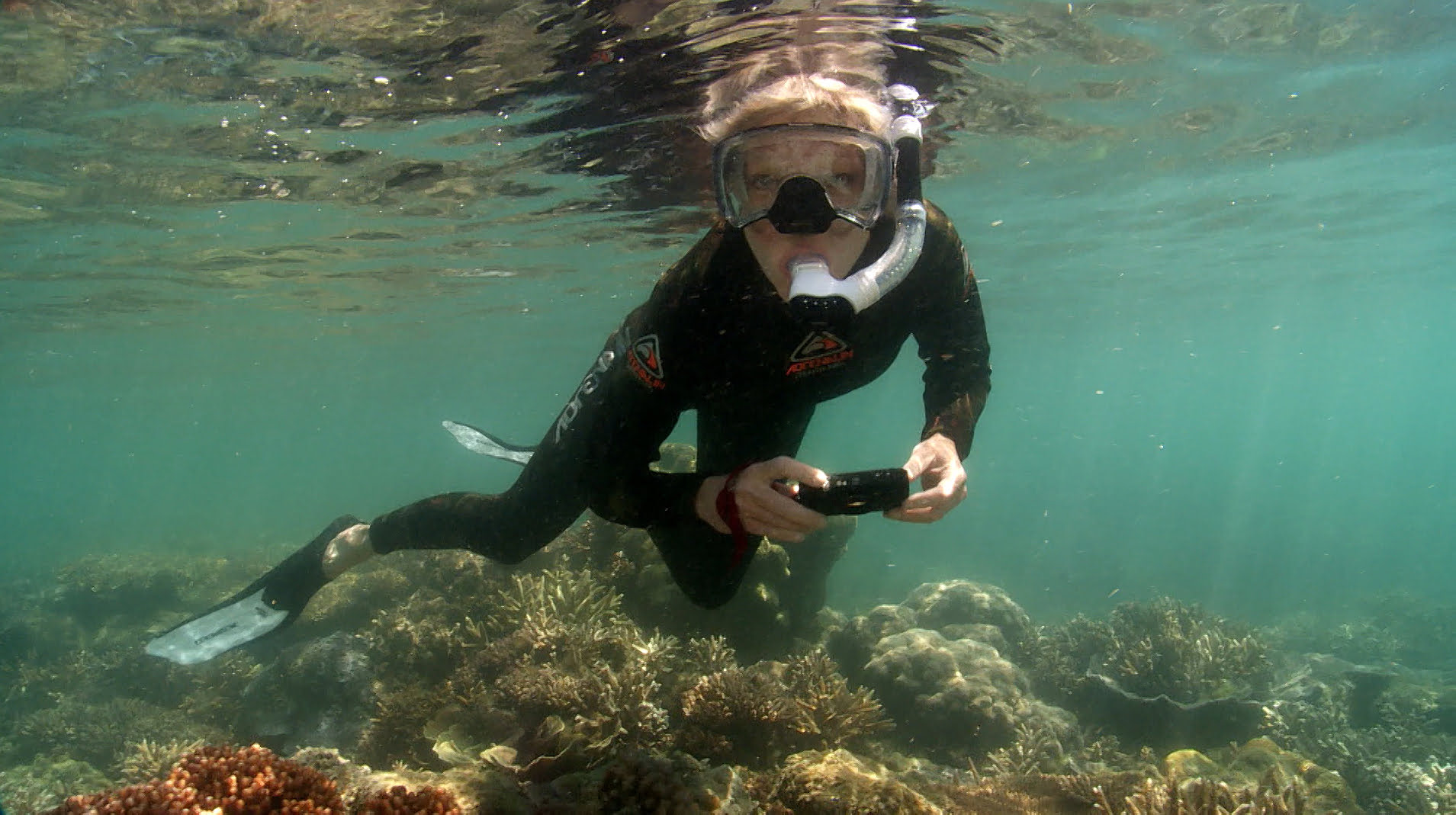 FRENCH military general Napoleon Bonaparte is quoted as saying that, “A good sketch is better than a long speech.” Then there is the expression, ”A picture is worth a thousand words.”

So, why have I spent so much of the last two decades writing, rather than sketching or painting or better still making movies — given my often overwhelming desire to communicate something.

I have sometimes placed ‘illustrations’ with my words, most usually time series charts that describe relationships by way of the number plane. I intend to keep doing this, and I am still working closely with Jaco Vlok on an historical temperature reconstruction for Australia that will include so many ‘sketches’ as time series charts of monthly temperate data.

But over the next couple of years I also want to support Peter Ridd as he battles James Cook University through the courts, and more generally communicate the beauty and resilience of the main point of contention: the Great Barrier Reef.

The best medium for doing this is surely underwater cinematography?

Back in April, I showed you some of my underwater snap shots from duck-diving off Bowen.

“Someone needs to go down with a good camera and a tank of oxygen and get extensive footage that shows the great diversity, and all the fish – there might even be a crocodile hiding somewhere.”

By August I had found that someone, Clint Hempsall. He has spent a lifetime capturing the beauty, the sometimes raw horror, and the resilience of life beneath the waves.

We loaded his camera gear into my land cruiser at Noosa and drove the 1,000 kilometres to Bowen. Clint filmed non-stop, and we now have so much footage of so many inshore reefs, including the reef with the crocodile.

This adventure would not have been possible without Rob McCulloch. Between so many overseas trips where he skippered important people on three-storey boats, Rob found time to discussed logistics for Bowen with me, and told me he would be there and with a boat from the very beginning. He is the perfect Skipper, and a great friend.

I am planning to make a lot more short documentaries — not just of these inshore reefs for which we already have footage including interviews with Peter Ridd at Bramston Reef — but also of more colourful corals in clearer waters at the outer ribbon reefs and from coral cays.

I have just confirmed a next adventure for January 2020. That diving and filming will be from a bigger boat and I will have a compressed air tank on my back.

This blog post, however, is about my very first film, it is about Beige Reef.

I still remember so vividly the dappled light and the rocking of the tide as I floated over the corals at this inshore reef in the north facing bay of Stone Island.

After snorkelling with Walter Starck, I launched my drone and some of that footage features in Beige Reef.

This was only the second time I had flown a drone from a boat, and conditions were thankfully calmer than the day before when there was quite a swell but I still managed to launch and catch. Rob filmed my very first launch, and he will be showing this to his Facebook friends in the next week or so.

Beige reef is a fringing coral reef of approximately 25 hectares in warm and shallow waters at the entrance to Bowen Harbour. It is an inshore reef that according to the scientific literature should not exist, as I explain in Beige Reef.

I am also grateful to the B. Macfie Family Foundation for their continuing financial support, and also to the Institute of Public Affairs especially John Roskam and Scott Hargreaves.

The film was shown just yesterday to some IPA members in Brisbane, and the first launch of Beige Reef was to a small group in the IPA board room in Collins Street in Melbourne.

Consider joining the IPA at https://ipa.org.au/join, so that you know about my next short documentary, and have the opportunity to join-in at future events.