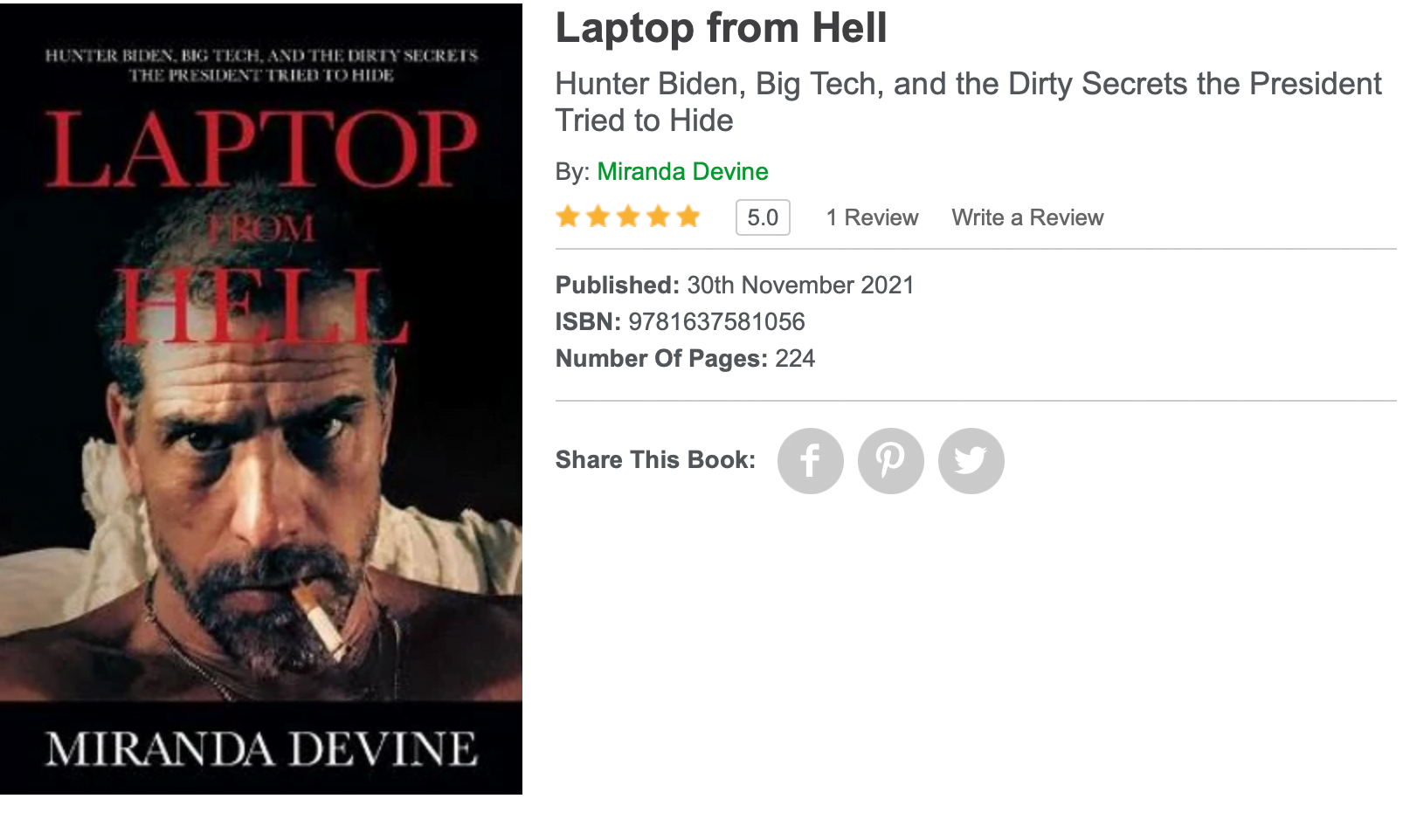 Have you any idea how many times Joe Biden, the President of the United States, has been to the Ukraine?  An awful lot!

Have you any idea how much money he has bragged about withholding from that country’s government when it attempted to do the right thing?

How much money has the Biden family made from Ukraine energy?

Why did the Ukraine push so hard for NATO membership, when it was well known this would be a red flag to Russia – to Vladimir Putin.

Does the United States always need to have a war to which it can provide armaments?  How much money is tied up in US defence contracts, and who benefits?

I received an email this morning from my dear friends Ann and Phelim. They have just interviewed Miranda Devine who recently wrote a whole book about the President’s son – Hunter Biden – and his involvement in the Ukraine.

Ann and Phelim emailed me:

Ukraine is the biggest story in the world right now, but why is no one talking about Hunter Biden?

Remember the New York Post’s bombshell story about Hunter Biden’s laptop, exposing the corruption and rot in the Biden family that was centered in Ukraine? Remember how it was censored by big tech?

Now that Biden is President, there’s a war in Ukraine and Russia has just sanctioned Hunter Biden. We think it’s time to revisit that story, which shows that the Bidens are entangled in a web of Eastern European corruption. No one in the mainstream media is covering this right now.

That’s why we brought Miranda Devine, New York Post columnist and author of The Laptop from Hell: Hunter Biden, Big Tech, and the Dirty Secrets the President Tried to Hide, on the show today. She reminds us of those dirty secrets from Hunter’s laptop and exposes how they relate to the current situation in Ukraine.

The Hunter Biden story is more relevant than it has been since the election, and the fact that the corporate media won’t touch it with a ten-foot-pole is a perfect emblem of the death of honest journalism.

Ukraine has been a piggy bank and playground for US elites for years, including the Bidens and the Clintons. So-called ‘experts’ on Ukraine won’t talk about this, but they know that it’s true.

Ann begins the interview with Miranda mentioning a column she wrote years ago back in 2006, that was published in the Sydney Morning Herald on the same day Ann and Phelim flew into Australia.   That trip and that associated publicity was organised by me all those years ago.  It does seem like a lifetime ago.   Their visit to Australia and the newspaper column was to promote Ann and Phelim’s very first movie ‘Mine Your Own Business’ that is still my favourite.