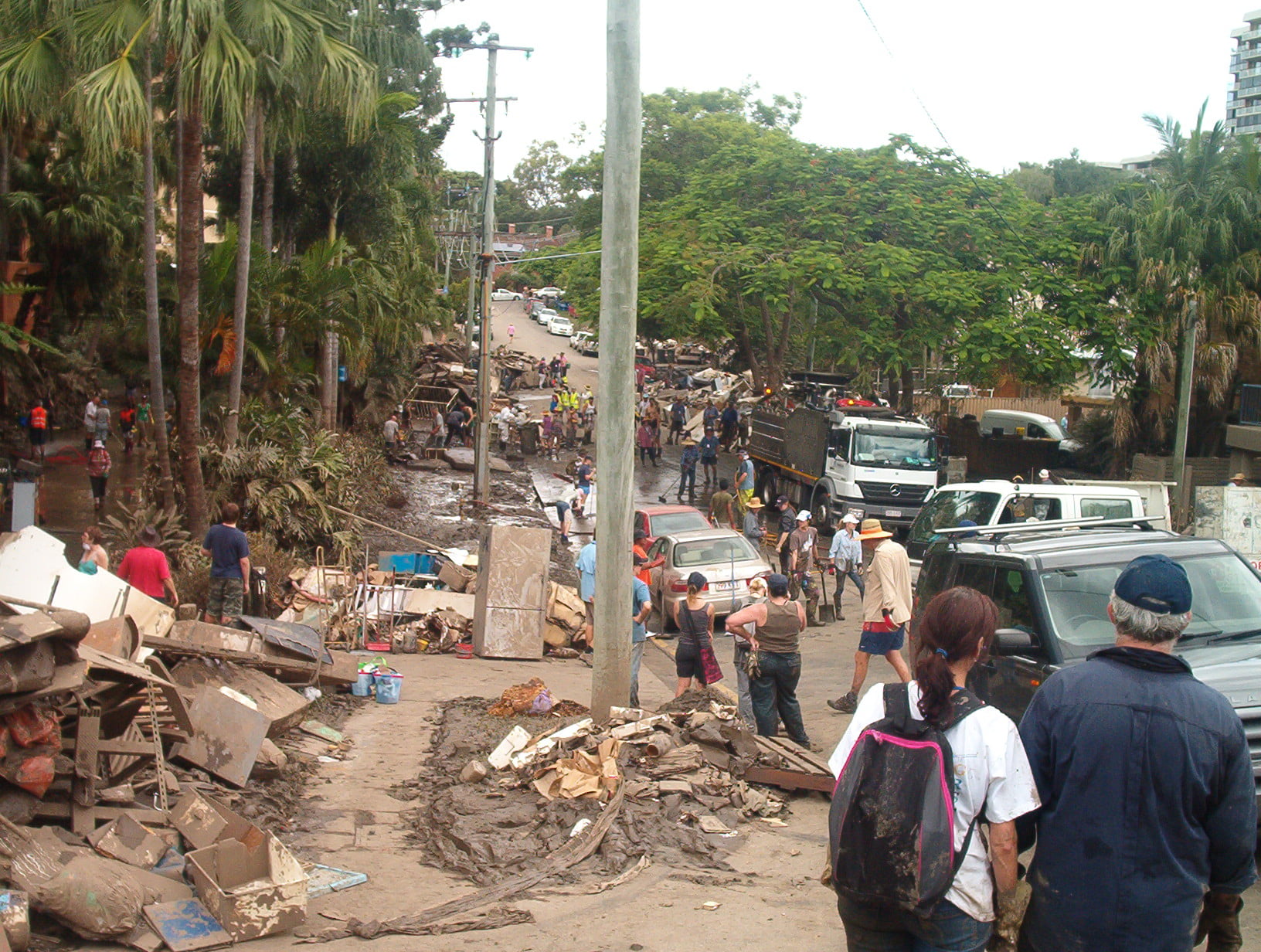 Flooding rains have soaked south-east Queensland, again.  My heart goes out to everyone affected by flood waters.

I’ve been watching the rain gauge at Lowood (Station# 040120), located just 10 kms to the south of Wivenhoe Dam upstream of the city of Brisbane.

A total of 240 mms fell yesterday (Saturday 26th February) which is a record for any one day since August 1887 when they began measuring daily rainfall at Lowood!

I feel I can finally use that word: unprecedented.

While the experts (remember Nicholas Stern) have been claiming it would get drier along the east coast of Australia, a few of us have theorized that it could get wetter.

But the totals for any one day appear to be increasing.

This is consistent with the idea that as the Earth’s temperature increases, from whatever cause natural or human, there will be increased evaporation over the oceans providing more energy for tropical convection that will result in more intense rainfall.

Drs Peter Ridd and Marchant van der Walt explain how this could result in a strong negative feedback mechanism that would counter the effects of increasing concentrations of greenhouse gases on global temperatures in Chapter 12 of my book Climate Change: The Facts 2020.

When the city of Brisbane last flooded back in January 2011, I thought that would be the end of it.  Not the end of Brisbane, but the end of everyone obsessing over catastrophic human-caused global warming.

We had been hearing for some years about how the reservoirs would never fill will water again. How Australia’s were doomed to a thirty future. Then. Suddenly.  Large parts of my city – including the entire downtown central business district – were submerged.  Not from the rain directly, but from the emergency release of vast quantities of water from Wivenhoe Dam.  A dam built for flood mitigation but kept too full of water because of a mistaken belief that it would not rain again: that below average rainfall is to be expected.

Again, as I write this from Noosa – 120 kms to the north – it is raining.  It has been raining for three days; not pitter-patter, but rather torrents of rain with lashing winds, just like when Brisbane flooded back in January 2011.

I call Brisbane my city, because I went to boarding school there, and then returned, for my daughter’s schooling.  We were there through the drought years before the flooding of January 2011.  Back when human-caused global warming was becoming so popular, and many in Brisbane began boasting about how quickly they showered – to save water – because of the claimed declining rainfall across eastern Australia.

Except rainfall was never in decline if one considered the entire record, from the beginning.

It was the release of the report on climate change by Sir Nicolas and the British government in 2006 that more than any other event created the impression it was getting drier.  The idea of an endless drought because the entrench myth after that.

Observational data on rainfall for the entire east coast of Australia is available from the Australian Bureau of Meteorology with yearly averages for all the sites back to 1900.  Contrary to the Stern report, the data did not show declining rainfall; rather, it indicated that rainfall was very low in the early 1900s, that there were some very wet years in the late ’50s and early ’70s, and over all the trend was one of a slight linear increase to the release of that report back in 2006.   Since then, it is even more absurd to claim declining rainfall.

Despite it not being honest to the available data, the Stern Report received rave reviews and an enormous amount of publicity around the world, and is still quoted.

I wrote something of a rebuttal regarding the rainfall bit – explaining that it would likely rain again, and then it would flood.  My article was published as an opinion piece in the local Courier Mail newspaper causing my daughter to be embarrassed at school by the Principal.

The school principal came from reading my piece in the newspaper to confronting her with my opinions on climate change in front of her friends at lunch time in the playground.   She had the good sense to tell the school principal that his behaviour was ‘inappropriate’.

It was like that: terribly politically incorrect to even suggest that the drought would end one day.  It got people upset, and wanting to correct you, or to turn away because they knew the dams would never ever fill again.  To suggest that we were going through just another cycle, as I did back then, was heresy. 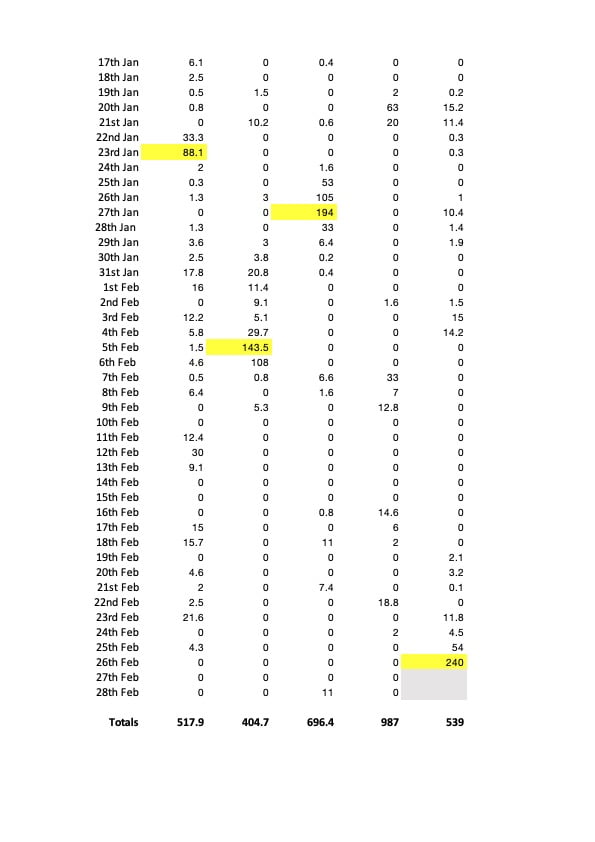 The feature image is from January 2011, from Sandford Street near the University, St Lucia, Brisbane.

Lowood was one of the sites John Abbot and I used to test our capacity to forecast monthly rainfall, as detailed in the research paper entitled ‘Using lagged and forecast climate indices with artificial intelligence to predict monthly rainfall in the Brisbane Catchment, Queensland, Australia’ published in the Journal of Sustainable Development and Planning, Volume 10 back in 2015.