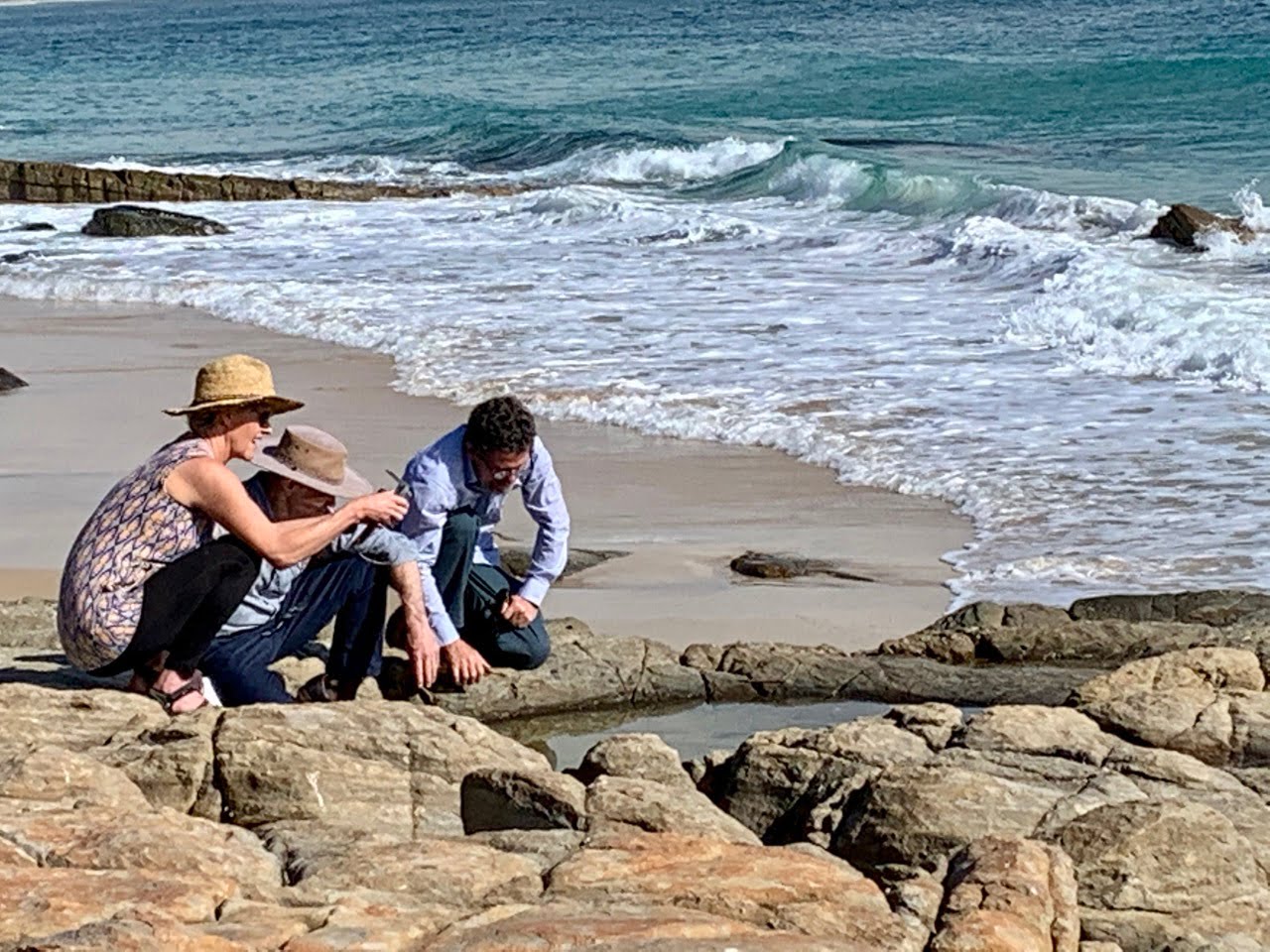 So much thanks to Peter Gardiner of the local Noosa News for so accurately reporting on Senator Malcolm Robert’s visit to Noosa National Park this morning in the article now available online: Scientists, Senator Claim Noosa’s Sea Level is Falling. It begins:

Noosa’s climate emergency declaration could well be on the rocks if a One Nation senator and his scientific advisers are right.

Sen Malcolm Roberts and two scientists, locally-based Dr Jennifer Marohasy and Dr Peter Ridd, have inspected Noosa National Park’s Boiling Pot headland and declared there are clear signs there the sea levels have fallen over many years, with only small rises in more recent times.

“With climate change you often have cycles within cycles,” Dr Marohasy said.
“We’ve got a rise of 36cm over the last 100 years, that’s what the IPCC (Intergovernmental Panel on Climate Change) talks about.

“That needs to be placed in the perspective of that over the last four-and-a-half thousand years the longer, more significant cycle that you can see in the landscape here is one of sea level falls of about 1.5m,” she said.

She said the IPCC has been selective in its data use, while linking the latter rise to the Industrial Revolution.

“There is a little bit of a human effect but maybe in the scheme of things it’s really quite insignificant,” Dr Marohasy said.

“When you walk along the shoreline here at Noosa you can see, for example, at the bottom of the cliff face that would have been eroded by the waves, that’s actually way above where the waves ever come to.

Such cliff faces are formed where the cutting action of waves brings down great lumps of rock from above. The debris is then removed by the wash, and the headland recedes landward as the sea eats into the cliff face creating what are called wave cut notches.

That the waves, even on the very highest tides, don’t reach the bottom of the cliff face is evidenced that the more significant trend is one of sea level fall.

Malcolm Roberts and Peter Ridd spent a good amount of time walking the shoreline with me this morning. Ever interested in water quality, I did notice Peter Ridd tasting the water in the marine pot holes to check whether they were fresh, brackish or salty.

Peter Gardiner did include comment in the article that:

According to the Department of Environment coastal areas like Noosa are facing a sea level rise of 1.1 metres by 2100. More than an estimated 2200 Noosa properties could be impacted by sea rises and storm flooding.

Part of council’s policy is to adopt a precautionary approach to climate change adaptation and emissions reduction, while implementing short and long-term actions that seek to achieve resilience and carbon reduction.

Climate models – the results of which are compiled and assessed by the IPCC – forecast that one of the consequences of global warming from greenhouse gases will be rising sea levels due to the thermal expansion of the ocean water mass, plus the contribution of water from melting of ice sheets and glaciers residing on land.

In 2013, the IPCC concluded that the oceans had already risen 19 cm (17 to 21 cm) between 1901 and 2010, which is an annual rate of 1.7 mm/year (1.5 to 1.9 mm/year). They further predicted the oceans will rise approximately an additional 51 to 98 cm with a substantially accelerated rate of increase during 2081–2100 of 8 to 16 mm/year. There are a few things, however, that are almost never pointed out in discussions about climate change and sea-level rise. For example, the estimates of past and current global rates of sea-level rise, and the future projections, are calculated constructs that are largely the product of extremely complex computer models. We are being asked to simply trust them. However, the success of this modelling is dependent on chains of assumptions. If one assumption turns out to be incorrect then the results produced by the models could be wrong. This applies equally to estimates of past and present rates of global sea-level rise, as well as to future projections. They are hypothetical. Yet these calculated values are broadcast widely with such a sense of confidence that a false impression is created.

None of the global estimates derived from models correspond to directly observed and measurable sea-level change at any point on the open sea, or along any coastline.

Senator Malcolm Roberts is so hard working, and completely fearless … and I thank him for taking the time to visit with me in Noosa this morning and also for helping Peter Ridd with his fundraising. You can donate to Peter Ridd’s appeal here: https://au.gofundme.com/f/peter-ridd-legal-action-fund-2019. 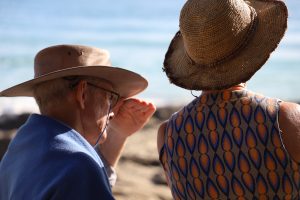