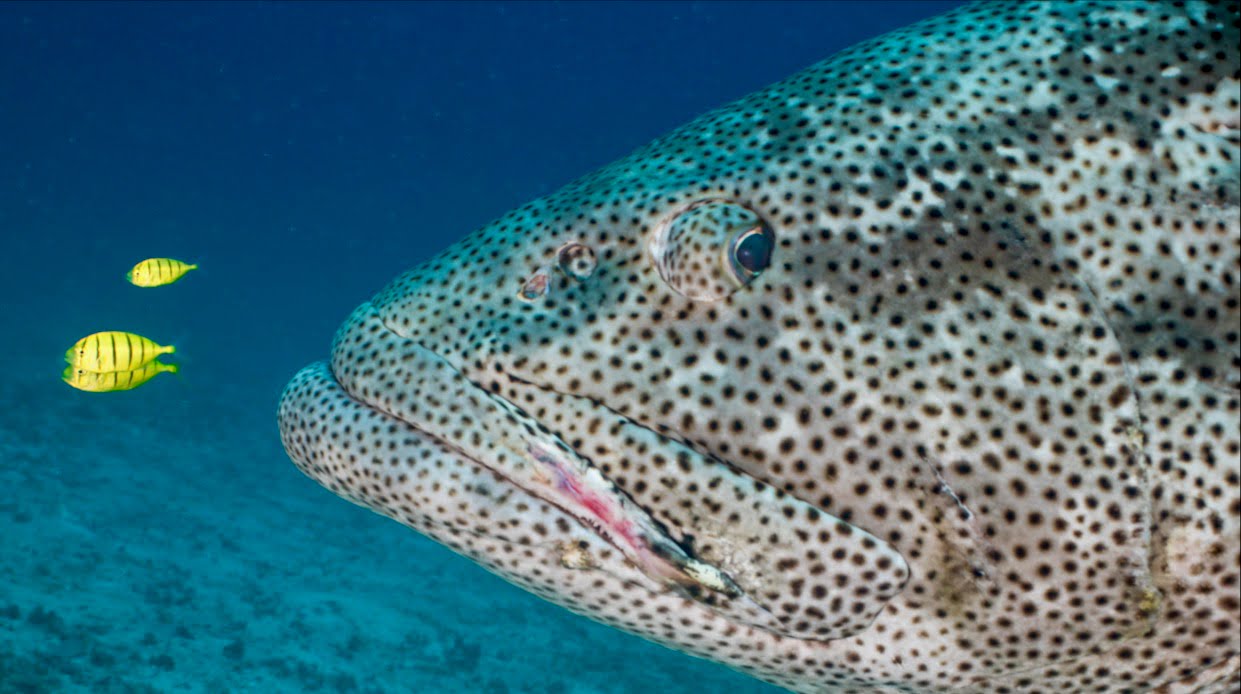 During the bushfires that devastated so much of southeast Australia, before the pandemic that stopped all the travel, I had the opportunity to spend a whole week on a boat traversing the northeast edge of Australia’s continental shelf – about 60 kms from the mainland. We dived the Ribbon reefs which grow as underwater cliff faces along the continental shelf. They are the true barrier reefs defining the outside edge of the Great Barrier Reef.

The waters were so warm, the corals so colourful, and the fish not at all frightened of me. In fact, as you will see in our short film – what I am calling the ‘official preview’ for a planned longer documentary – a giant cod fish looked me in the eye, and more than once! He came back to me, again and again. We swam together. It was magical.

Our short preview film has just been uploaded to a new page at the Institute of Public Affairs’ website:

For me, the Ribbons at the Great Barrier Reef, are the most special and awe-inspiring place on this planet. I was so privileged to dive them with Emmy Award winning underwater photographer Clint Hempsall in January 2020.

The cinematography by Clint, is so special and you can enjoy it all in our official preview for ‘Clowns at the Ribbon’s Edge’! It will only take 12 minutes of your time. Come under-the-sea with me and meet the cod. The short film has been set to music all composed by a local hero and Noosa guitarist Mungo Coats.

Corals come in so many different colours and intricate forms. It is the hard corals that create reefs, and reefs are spectacular, beautiful structures. They are home to so many different creatures not just giant fish, but also sea anemones, sharks and sea snakes. The Great Barrier Reef as one ecosystem, comprises nearly 3000 individual reefs stretching for 2000 kilometres. It is visible from outer space. Damaged areas can always be found somewhere because a coral reef that is mature and spectacular today, may be smashed by a cyclone tomorrow.

Just beyond the sheltered side of Ribbon No. 10 is the dive site known as Goggle Gardens. The corals there are at 15 metres and were totally bleached white from March to October 2016. But they didn’t die. What I learnt at the Ribbons in January is that white and bleached coral is not necessarily dead coral.

The zooxanthellae — unicellular algae that give coral its colours and normally feeds it with energy from the sun via photosynthesis — were expelled in early 2016 as these corals bleached, as the corals were stressed by the exceptionally warm waters during the summer of 2015 – 2016. But by January 2020, when we visited, these corals had fully recovered.

Many of the media headlines that give the impression the Great Barrier Reef is a ruin are based on aerial surveys by one man – the same Terry Hughes who incorrectly claimed the inshore reefs off-Bowen are now mud-flat. Paid not by an oil company, but rather the long suffering Australian taxpayer through generous research grants, he gets to sit in a light aircraft and fly over the Ribbons at about 300 metres altitude every four years and determine they are badly bleached. Back in 2016, he claimed 60 percent bleached, and the impression from the newspaper headlines that ricocheted around the world was that this was irretrievable, that the Great Barrier Reef was ruined.

Hughes is a myth maker. The Great Barrier Reef is still beautiful and the Ribbons on its most northeast edge are still of colourful corals and curious fish.

I went to the Ribbons because I was told these had been badly bleached. I went in search of death, but instead we found so much life as I explain in my second short film, the official preview to what will be ‘Clowns on the Ribbon’s Edge’.

My work is funded through philanthropy. I am grateful for the continued support of the B. Macfie Family Foundation through the Institute of Public Affairs. We do not rely on the long-suffering Australian tax payer for any of our research.