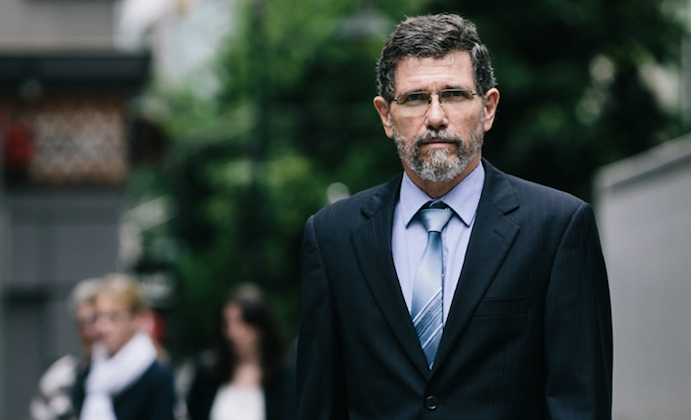 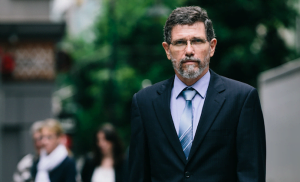 PETER Ridd’s trial in the Brisbane Federal Circuit Court has just wrapped-up after three days. With Judge Salvadore Vasta presiding, Stuart Wood QC acting for Peter Ridd (the applicant) argued the case with great skill. However, on the most critical of issues the university (the defendant) and important media refused to engage at all. Chris Murdoch QC, acting for James Cook University, refused to outline to Judge Vasta what processes it has in place for quality assurance of scientific research, and the Australian Broadcasting Corporation (the ABC) simply didn’t attend or report.

At the heart of this court case is the matter of Peter Ridd disputing media’s reporting of the health of the Great Barrier Reef back in 2015 and 2016. Specifically, Peter Ridd was first censured for proposing to a journalist in April 2016 that he investigate the state of the fringing reefs around Stone Island, which is part of the Great Barrier Reef.

Instead of investigating, the journalist sent Dr Ridd’s evidence that the reefs were in good health with spectacular coral, to his arch adversary at the university, Terry Hughes, who was claiming the exact opposite, and who promptly forwarded the evidence from Dr Ridd to university management. This began a disciplinary procedure that would eventually result in Peter Ridd’s sacking.

The trial opened on Tuesday with Mr Wood QC outlining Dr Ridd’s honestly held expert opinion that the Great Barrier Reef is in good health, but that many of his colleagues, particularly Professor Hughes, suggest otherwise, that their research is “untrustworthy” and is not subject to any “quality assurance”.

The Judge seemed genuinely interested in this issue of “quality assurance” of the research. Towards the end of Day 2 he specifically requested that Mr Murdoch QC explain to the court what quality assurance procedures were in place.

I had assumed that Mr Murdoch QC, the Barrister acting for the University, would thus begin Day 3 with some explanation of this – but he didn’t. The University continued to refuse to engage on any matters of science, particularly the issue of quality assurance. Rather the University simply argued that because there is a code of conduct that expects professors to be collegial – they thus had a right to sack Peter Ridd because he had become disrespectful of his colleagues and also had broken confidentiality.

At the beginning of Day 2 Peter Ridd clearly explained that he was concerned about the trustworthiness of the science, and the lack of quality assurance because it was having a significant negative economic impact on rural and regional economies – because of the bad publicity for tourism and increasing government regulation of farming.

It is generally agreed that modern, cohesive democracies work because there is an independent judiciary (legal system), impartial media, and a government that makes public-policy based on evidence. The judiciary and the media are generally educated university-graduates.

Universities are expected to be dominated by intellectuals, who are curious and dispassionately seek out the truth. Mr Wood QC, acting for Dr Ridd, emphasized the importance of intellectual freedom in his closing remarks today – that it is integral to a university.

Universities are expected to be places where there is vigorous discussion of contentious issues. It would be expected that where there is disagreement – for example about the condition of the fringing coral reefs at Stone Island – there could be a debate that followed rules of logic and considers evidence in an attempt to arrive at the truth.

This requires both sides to engage.

Back in 2016, and again today, instead of considering Dr Ridd’s evidence and concerns, the University choose to look away. It showed no interest in finding out about the real state of the corals surrounding Stone Island, or at the Great Barrier Reef in general.

There is a crisis in our democracy and as clearly illustrated by this court case, it is at least in part because the mainstream media and our universities too often refuse to engage in any real discussion with those who hold an opinion contradicting their own.

Calum Thwaites was also at the Federal Circuit Court today, to lend some moral support. Calum had his life turned upside down when he was sued by a Queensland University of Technology staffer under Section 18C of the Racial Discrimination Act, for allegedly complaining about segregation of computer facilities. It is never easy taking on an institution, or defending yourself against a popular meme, but more of us must do it, and more often, lest ideological fanaticism and/or the robber barons win.