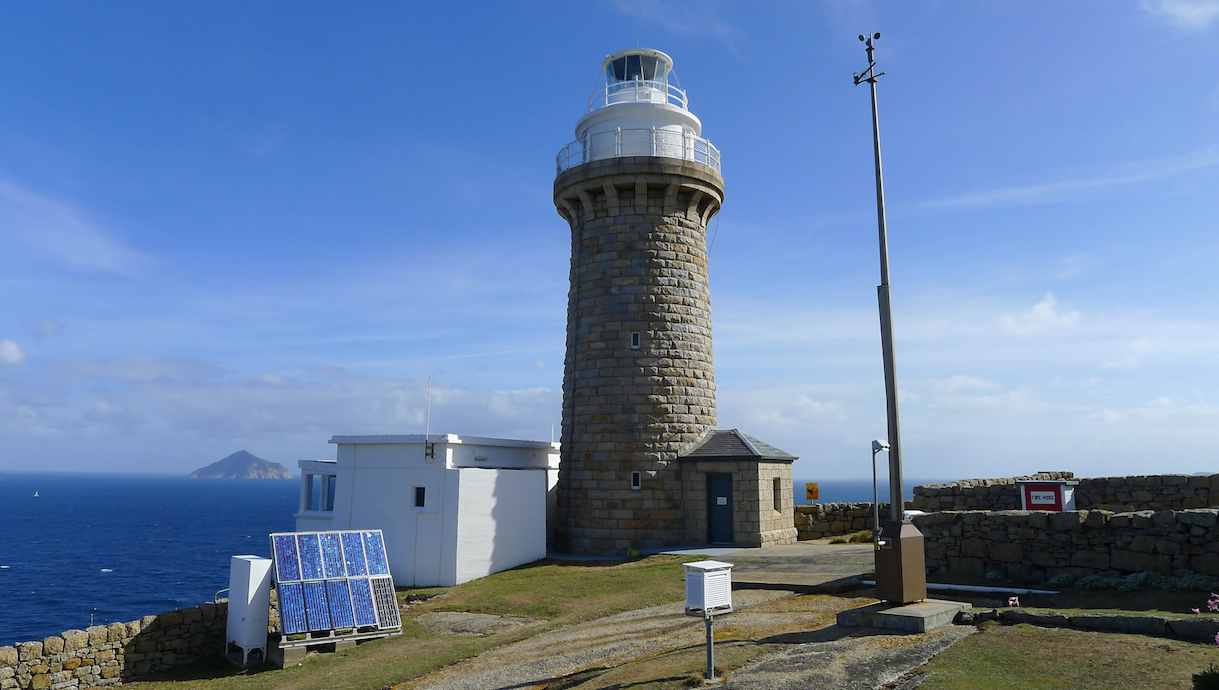 Since the 1990s, the Bureau has been converting from manually read liquid-in-glass thermometers (e.g. mercury thermometers) to automatic weather stations with electronic probes.

At Wilsons Promontory lighthouse the change was made on 18th September 2000.

As part of an ongoing investigation into Australia’s temperature history, I requested the comparative data – the temperature recordings for Wilsons Promontory lighthouse from the electronic device and also from the original thermometers, which were installed back in 1872. The Bureau has never provided me with this information despite repeated requests, since at least August 2015 – as per the following email (Appendix 1).

I have since published a technical paper assessing the quality of the maximum temperature series from Wilsons Promontory – assuming the data from the electronic probe is comparable with the thermometers. This research is detailed in the international peer-reviewed journal Atmospheric Research, Volume 166.

In a recent blog post, however, I suggest that temperature recordings from automatic weather stations (i.e. from the electronic devices) are not comparable because the Bureau is recording one second extrema rather than averaging measurements over one minute. It is important to average the readings from the electronic probes over at least a minute because the mercury thermometers respond more slowly to temperature change.

In order to help clarify whether or not the recording from the electronic devices are comparable, I am again requesting that the data for Wilsons Promontory lighthouse be made available. In particular, I would like the daily maximum and minimum temperature values from the liquid-in-glass thermometers from 1872 to the present, and the one second readings since September 2000 to the present. Towards this end, I have just sent an email to Dr David Jones, who is the ‘Head of Climate Analysis’ at the Bureau. This email also follows (Appendix 2).

I understand that both alcohol and mercury thermometers were used to measure minimum and maximum temperatures from November 1872 until September 2000.

I understand that the alcohol thermometers were removed and replaced with a temperature probe on 18th September 2000.

I understand that since 18th September 2000 both a temperature probe, and also the original mercury thermometer have been used to measure temperatures at Wilsons Promontory.

I understand that a second mercury thermometer was installed at Wilsons Promontory on 16th December 2002.

Could you please confirm that this assessment is correct?

Could you please also provide me with the complete digital/electronic temperature record (maximum and minimum) as measured from each of these different thermometers for the period of their available record.

I am particularly keen to know if there is a single continuous monthly record for the mercury thermometer installed in 1872, to the present.

Could you please also clarify which thermometer was used to supply the maximum and minimum values available online, i.e. at http://www.bom.gov.au/climate/data/

I am writing to you as the head of the Climate Analysis Section at the Bureau. Also, I understand you were the author of a 1997 report published by the World Meteorological Organisation (WMO) emphasising the need to average measurements from electronic temperature probes over one minute: in order for these measurements to be comparable with measurements from the previous liquid-in-glass thermometers (e.g. mercury thermometers).

The link to this report is here: https://library.wmo.int/pmb_ged/wmo-td_862.pdf

Having watched how temperatures are recorded by electronic probes at automatic weather stations over the last three months, I am concerned that the policy detailed in this report is not being followed. My observations are consistent with advice from David Barlow in your Sydney Office: in particular that only one second extrema are being recorded.

It is now over two years since I requested data to make the comparisons myself between temperatures as measured and recorded at automatic weather stations with temperatures as measured and recorded in the old liquid-in-glass thermometers. Specifically, I sent an email requesting the AWS (electronic probe) and also thermometer data for Wilsons Promontory lighthouse back in August 2015, and then followed-up on this first by email, and then by phone in October 2015 (see following).

Could this data now be provided as a matter of urgency. As per my most recent blog post I would like:

“the daily maximum and minimum temperature values from the liquid-in-glass thermometers from 1872 to the present, and the one second readings from the electronic probe (AWS) since September 2000 to the present.”

Could the internal reports from this experimental work please also be made available as a matter of urgency. I have been unable to find any published studies.

Bill Kininmonth, who had your position within the Bureau from 1986 to 1998, has assured me by telephone that all the experimental work was done. Bill is also of the opinion that measurements are averaged over 10 minutes, if not one minute intervals.

Could it be that after Bill’s retirement in 1998, the policy was changed from averaging over 1 to 10 minutes to the simple recording of one second extrema? I can not, however, find any documentation for this. Also, this would be in contravention of WMO guidelines.

I am copying this email to Craig Kelly MP, as he is particularly interested in this issue, and also Bill Kininmonth.

The two blog posts that I refer to, with more information on the issues I raise are here:

Are Recordings from Electronic Devices Comparable – or Not?

Two Decades of Temperature Data from Australia – Not Fit for Purpose