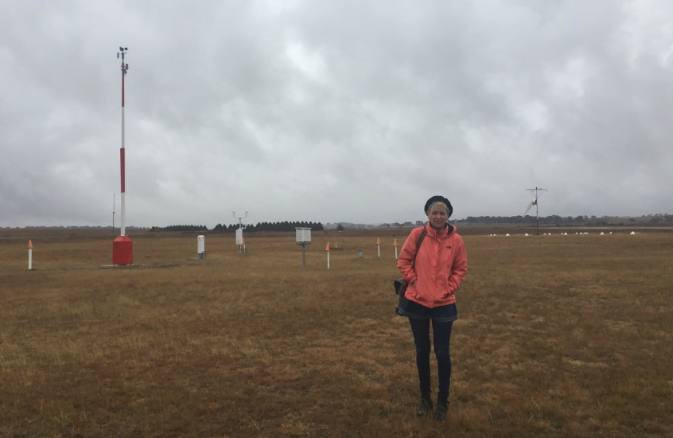 Australia is a large continent in the Southern Hemisphere. The temperatures measured and recorded by the Australian Bureau of Meteorology contribute to the calculation of global averages. These values, of course, suggest catastrophic human-caused global warming.

There was even a report issued by the World Meteorological Organisation (WMO) entitled ‘Instruments and Observing Methods’ (Report No. 65) that explained because the modern electronic probes being installed across Australia reacted more quickly to second by second temperature changes, measurements from these devices need to be averaged over a one to ten-minute period to provide some measure of comparability with the original thermometers. The same report also stated that the general-purpose operating range of the new Australian electronic weather stations was minus 60 to plus 60 degrees Celsius.

This all seems very sensible, well-documented, and presumably is now Bureau policy.

Except, this winter I have discovered none of this policy is actually being implemented.

Rather than averaging temperatures over one or ten minutes, the Bureau is entering one second extrema. This would bias the minima downwards, and the maxima upwards. Except that the Bureau is placing limits on how cold an individual weather station can record a temperature, so most of the bias is going to be upwards.

I have known for some time that the Bureau remodel these recordings in the creation of the homogenised Australian Climate Observations Reference Network – Surface Air Temperatures (ACORN-SAT), which is subsequently incorporated into HadCRUT, which is used to inform the United Nation’s Intergovernmental Panel on Climate Change (IPCC). Nevertheless, I naively thought that the ‘raw data’ was mostly good data. But now I am even sceptical of this.

As someone who values data above most else – this is a stomach-churning revelation.

Indeed, it could be that the last 20-years of temperature recordings by the Bureau will be found not fit for purpose, and will eventually need to be discarded. This would make for a rather large hole in the calculation of global warming – given the size of Australia.

Just yesterday I wrote a rather long letter to Craig Kelly MP detailing these and other concerns. That letter can be downloaded here: TMinIssues-JenMarohasy-20170831

One of Australia’s true national treasures, Ken Stewart, was documenting this disaster some months ago – when I was still in denial. One of his blog posts can be accessed here: https://kenskingdom.wordpress.com/2017/03/21/how-temperature-is-measured-in-australia-part-2/

And I am reminded of a quote from the late Christopher Hitchens: The tribe that confuses its totems and symbols with reality has succumbed to fetishism and may be more in trouble than it realises.