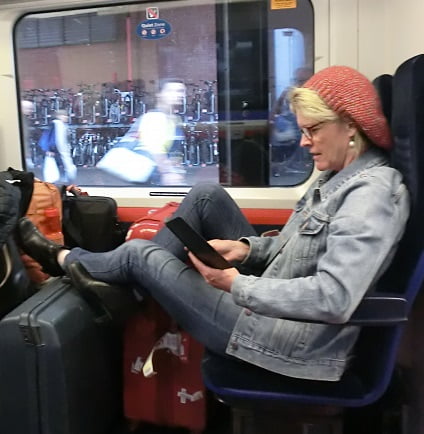 THANK YOU to everyone who heard Maria Pita and sent a letter off to their favorite politician or editor, or made comment in the long thread online at The Australian, highlighting the many inadequacies in the recent report by the Technical Advisory Forum into the homogenization of historical temperature data by the Australian Bureau of Meteorology.

I haven’t seen any of the many letters copied to me over the last week published anywhere, but sometimes it takes time for the majority to see that The Emperor really has no clothes.   This realization can sometimes be hastened when we point out the missing detail, for example, I like the following letter sent to Bob Baldwin by Peter Rees of Geelong.

While there are some encouraging recommendations from the Bureau of Meteorology (BOM)’s Technical Advisory Forum, it is extremely frustrating that they haven’t mentioned anything about the BOM providing FULL details of why they altered stations like Rutherglen so dramatically.

The 1973 minimum temperature was reduced by 0.5 Degrees C and working backwards increased this until  there was a massive 1.8 Degrees C reduction between the recorded and homogenized temperatures in 1913.

This changed a slightly cooling trend to a warming trend and the BOM refuse to provide detailed information on why it was done.

I quote from Dr J. Marohasy:
“The Bureau has provided information at its website suggesting that there was a need to make adjustments to Rutherglen for the period prior to 1966 and that this “was determined from an objective statistical test that showed an artificial jump in the data during this period.”  But what was the statistical test actually performed on the data?  Why is this not documented?  The raw temperature record for Rutherglen has a virtually identical trend to its six neighbouring comparison sites, while the homogenized ACORN-SAT temperature series for Rutherglen is strongly biased towards warming”

If the BOM are not compelled to provide this information then the question has to be asked, why not? If they have valid reasons for the “objective statistical test”, then surely it would be in everyone’s interest if it were made known.

It is surely within your authority that you instruct the advisory committee do this or else add it to the terms of reference.

I would appreciate a reply to this email and please specifically address the Rutherglen issue with your comments on why or why not it should be addressed.

HAVING been traveling for the last month or so, I’ve had an opportunity to spend more time than usual reading my Kindle.   I have particularly enjoyed reading ‘The Seven Basic Plots: Why We Tell Stories’ by Christopher Booker.

Christopher Booker is perhaps better known to us as the columnist for The Sunday Telegraph who writes about how future generations will look back on the global-warming scare with shock at both how gullible the general public were, and how the official temperature records were systematically “adjusted” to show the Earth having warmed much more than actually justified by the data.   He’s also written about story telling more generally, and from a Jungian perspective.   Let me reproduce some pages from this book, so relevant to the problem of getting the alternative perspective heard:

The real problem with the ego, as the only part of our psyche through which we can be conscious of the world, is that it is so structured that its awareness must always be limited. However much we may try to eliminate its distortions and to dissolve its conflict with the objective unconscious, some element of subjective distortion and blindness must inevitably remain. And just as this applies to the consciousness of the individual ego, so it equally applies to that collective consciousness which tends to develop in any human group or society. Of course no group of human beings can establish a single, undifferentiated consciousness, through which each member of the group views the world in exactly the same way. But in any group or society it is possible to discern certain prevailing tendencies of view, even if the views of a minority of members of the group may conflict with them. Groups of human beings develop a sense of common identity, shared values, shared assumptions of what they believe to be true or important. And in this respect they develop a collective ego-consciousness.

We see this most obviously when they are swept up in some great shared emotion, as in the collective state of hysteria which grips a crowd at a football match or the sense of collective unity associated with times of war. But in any group it is possible to discern what may be called its ruling state of consciousness: that which determines what views, values and behaviour are at any time generally considered acceptable, and those which are regarded as beyond the pale, condemned as disruptive, eccentric, alien or mad. And one has only to consider what extraordinary changes come over the state of consciousness prevailing in any society through different times in history (the dramatic variations in what is considered acceptable that we see in everything from patterns of moral behaviour to fashions in clothes) to see that there cannot be any time when the ruling consciousness is objectively right, by some absolute standard, in everything it holds to be important or true.

It is naturally easiest to appreciate this in societies where the prevaling consciousness is furthest removed from our own. Until the fifteenth and sixteenth centuries, for instance, the ruling consciousness decreed that the earth was flat and that the sun went round it. To challenge that consciousness, even though it had no basis in fact, was virtually unthinkable. As the old song had it, `They all laughed at Christopher Columbus, when he said the world was round’.

For challenging the received wisdom that it was the sun which moved while the earth stood still, Galileo faced such duress from the Papal inquisition that publicly he conceded the point (even though, as he did so, he was said to have muttered under his breath `but it still moves’).
We may today laugh knowledgeably at the blindness and arrogance of those inquisitors, because we have inherited the new prevailing wisdom which Galileo helped to shape; just as we may express moral outrage at all those who became rich from the eighteenth-century slave trade in the days before moral perceptions changed and the inhuman cruelty of the slave-system became obvious for all to see. But what we may not recognise is just how many firmly-held convictions making up the prevailing consciousness of our own time are just as ill-founded as the belief in a flat earth or the social acceptability of slavery: because the point about any state of ruling consciousness is that it is based on unconscious assumptions so deep and all-pervading that they are taken for granted. In any society, organisation or group, the unconscious psychological pressure to accept those assumptions is so great that only a few outsiders have the clarity of vision to perceive from `below the line’ how baseless and unjustified they are.

It was his perception of this psychological characteristic of human groups which Ibsen summarised in those words from An Enemy of the People quoted at the head of this chapter: `the majority is always wrong’ and `the minority is always right’. This is an observation which on the face of it might seem perverse, contrary to common sense, inviting the ridicule of all received opinion. But it is precisely `received opinion, the ruling consciousness, which by definition can never grasp the subtle truth of the point Ibsen was trying to make. He is not of course saying that whenever the majority of the human race agree on something they must in all cases be wrong. Most people accept, for instance, that it is undesirable for human beings to go around killing each other. They are not misguided in this belief just because they are a majority. There are many issues on which the majority of people hold similar beliefs and are right to do so. But at any given time, in any human group, large or small, there will be a generally prevailing state of consciousness which in very significant respects will be blind; which will be unable to see the world objectively. It is in this sense that, as Ibsen put it, the `majority, the ruling consciousness, is always wrong. And there should be nothing particularly surprising about this, since it is self-evident that in any collection of human beings there will be only a minority who have achieved that degree of self-understanding which can allow them to see the world without their perception being in some way fogged or skewed by unconscious subjectivity.