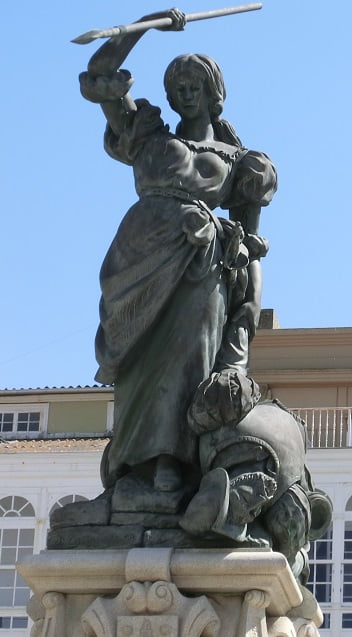 The results of an independent ­review of the Bureau of Mete­or­ology’s national temperature records should “ring alarm bells” for those who had believed the bureau’s methods were transparent, says a key critic, Jennifer ­Marohasy.  So, begins an article by Graham Lloyd in The Weekend Australian.

Lloyd goes on to write:

Dr Marohasy said the review panel, which recommended that better statistical methods and data handling be adopted, justified many of the concerns raised.

However, the failure to ­address specific issues, such as the exaggerated warming trend at Rutherglen in ­northeast Victoria after homogeni­sation, had left ­important questions ­unresolved, she said.

The review panel report said it had stayed strictly within its terms of reference.

Given the limited time available, the panel had focused on big-picture issues, chairman Ron Sandland said.

The panel was confident that “by addressing our recommend­ations, most of the issues raised on the submissions would be ­addressed”, Dr Sandland said.

The panel is scheduled to meet again early in the next year.

Dr Sandland said that, overall, the panel had found the Australian Climate Observations Reference Network — Surface Air Temperature was a “complex and well-maintained data set that has some scope for further improvements”.

It had made five recommend­ations that would boost transparency of the data set.

Although the panel reviewed 20 public submissions, Dr Marohasy said it had failed to address specific concerns.

“While the general tone of the report suggests everything is fine, many of the recommen­dations (are) repeat requests made by myself and others over the last few years,” Dr ­Marohasy said.

“Indeed, while on the one hand the (bureau’s technical ­advisory) forum reports claims that the bureau is using world’s best practice, on the other hand its many and specific recommend­ations evidence the absence of most basic quality controls in the many adjustments made to the raw data in the development of the homogenised temperature series.”

BoM said it welcomed the conclusion that homogenisation played an essential role in eliminating artificial non-clim­ate ­systematic errors in temperature observations, so that a meaningful and consistent set of records could be maintained over time.

In suggesting that the review was about the legitimacy of homogenization as a technique, the BoM is continuing to play politics.  As I explained in my initial comments in response to the release of the report, we acknowledge that there are times when it is necessary to make adjustments to raw temperature data in the creation of long, continuous, high quality records.  But, we object to the way in which the Bureau makes changes to every temperature series incorporated into ACORN-SAT, and from which the official Australian historical temperature record is constructed.

Indeed, it is curious that while on the one-hand the Forum reports claims that the Bureau is using world’s best practice, on the other-hand its many and specific recommendations evidence the absence of most basic quality controls in the many adjustments made to the raw data in the development of the homogenized temperature series.   For example, the Forum report acknowledges that there is a need to publish, “a brief, plain-language (as far as possible) description of the criteria for adjustment and the basis for adjustment itself.”

This must be a priority, especially for many of the more contentious locations, including Rutherglen in north eastern Victoria.   Indeed, the Forum has obfuscated by not addressing the key issue of why the Bureau has made such dramatic changes to the temperature record for Rutherglen.  If there is nothing wrong with current methodologies, beyond the need for better documentation, then why didn’t the Forum provide its own plain English description of the criteria used to make the adjustments for Rutherglen, which turn a slight overall cooling trend into dramatic warming.

So far, the Bureau has provided lots of documentation, but no actual evidence to support the many adjustments made in the homogenization of the temperature record for Rutherglen.

The warming trend at Rutherglen is essentially achieved by progressively dropping down the minimum temperatures starting in 1973 by 0.5 degree C.  The amount by which the temperatures is ‘adjusted’ down increases back through time to 1913 when there is a massive 1.8 degree Celsius difference between the recorded temperature and the homogenised value.

The homogenised values are then incorporated into the official record that is used to calculate temperature trends for the state of Victoria, and also Australia.  The Bureau has provided information at its website suggesting that there was a need to make adjustments to Rutherglen for the period prior to 1966 and that this “was determined from an objective statistical test that showed an artificial jump in the data during this period.”  But what was the statistical test actually performed on the data?  Why is this not documented?  The raw temperature record for Rutherglen has a virtually identical trend to its six neighbouring comparison sites, while the homogenized ACORN-SAT temperature series for Rutherglen is strongly biased towards warming.

As I explained to Graham Lloyd yesterday, in not answering any of our specific questions, including those concerning the homogenization of the temperature record for Rutherglen, the Forum’s report in many ways should ring alarm bells for those who have previously believed that the Bureau’s methods were transparent.

I’m currently overseas, in north western Spain,  in the town of Corunna, and  I’m inspired by the local heroine Maria Pita, to ask you to join with me in campaigning for change.  Maria Pita is a Galician heroine who rallied the ordinary citizens of Corunna in 1589 with the battle cry ‘Whoever has honor, follow me!”

Leave a comment of support in the thread following the  article by Graham Lloyd in The Weekend Australian.

It is totally unacceptable that the Bureau can essentially rework temperature data until it accords with the theory of anthropogenic global warming.

Also consider writing a letter to The Australian newspaper, and perhaps also other news outlets.  Explain the issue.  I’ve draft something below to get your started.   Next you could write to your local politician, again explaining the issue, and also asking that they read the actual report from the forum, and also the many submissions made by myself and colleagues.   It is extraordinary with all the evidence so far provided, that absolutely nothing is being done right now to get some integrity back into the official historical temperature record for Australia.

Ideas for your own letter:

Following the release of the review of the Bureau of Meteorology’s national temperature records, I agree with Jennifer Marohasy that “alarm bells” should be ringing for those who had previously believed the bureau’s methods were transparent.

It is concerning that the expert panel still cannot explain the exaggerated warming in the official record for Rutherglen.   It seems the only thing wrong with the original observed values is that they did not accord with global warming theory, and so they were homogenized.

I concur with Dr Marohasy, that to the extent possible, the Bureau should retain the actual recorded temperature values.  If it has to manipulate the data, then strict rules should be adhered to. In particular, the Bureau must not homogenize temperature series, changing actual recorded values, unless there is a documented equipment change or site move creating a statistically significant discontinuity in the data.

The Bureau should start the official temperature record in 1880, not 1910, and not add hotter stations into later years.