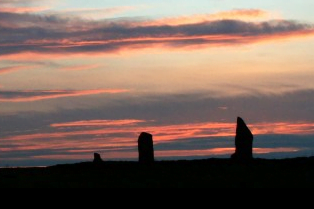 MIKE Haseler was once a candidate for the Scottish Green party.  He has worked in the wind industry, has knowledge of precision temperature controllers and is a blogger.   He is also interested in how:

“The two sides in the climate debate look at pretty much the same information and come to very different conclusions. Having met both sides, and tried to understand their motivation and outlook, I am thoroughly convinced that both approach the subject in what they think is the right way and both are horrified at the antics of the other.” 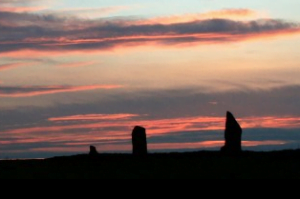 But Mike has gone further than just pondering (or asking the respective camps to complete a Myers Briggs profile), he has started compiling his own table of key differences between the two sides based on categories such as employment sector, definitions of ‘quality’, experience in decision making, ‘main focus’, and more.

You can examine Mike’s categories here…

There are several issues that Mike raises that I find particularly interesting.  But let’s start with just one:

Having studied evolutionary biology as an undergraduate and postgraduate, I initially found Mike’s somewhat casual use of the term ‘natural variation’ annoying – because he was not being honest to the Darwinian definition.  But thinking about ‘natural variation’ as a popular concept (as Mike does), perhaps there is something important here if we are to understand how two sides can come away with different interpretations of the same information.

I’m going to at least explore the potential for a variation in point of view on this issue to be important.

In particular Mike suggests that sceptics see natural variation everywhere, while the non-sceptic might considered it a ‘measurement error’.

Not so long ago, a young Sydney lawyer said to me that he was agnostic about climate change until he read Tim Flannery’s book The Weather Makers.  He said that the book made him aware of just how much climate change there has been in the past as recorded through the geological record, and so he became sceptical of Professor Flannery’s overall conclusions.

Did this Sydney lawyer have a predisposition to accepting variation as natural?  Was this predisposition a consequence of his upbringing or his genetics?   When most people read the Weather Makers, I assume they come to an altogether different conclusion.  I assume they come to understand the variation from Professor Flannery’s perspective because they are perhaps more focused on the message than the evidence as presented?

A propensity to see, and accept difference as natural and real, can extend beyond data to people.

I’ve read somewhere that some people believe everyone should be treated equally, while the other perspective tends to believe people should be treated as individuals.  Of course a central premise of the writing of Carl Jung is that the individual (the self), continues to drown in a sea of collectivism.   Could the relevance of variations in the temperature records, both proxy and instrumental, depend on an individual’s predisposition to accepting variation as natural or not, not only within the human population, but also within the temperature record?

Let’s consider for a moment the hockey stick: that iconic graph which purports to show that after centuries of stable temperature, the second half of the twentieth century saw a sudden and unprecedented warming of the ‘planet’ (borrowing a word here from Clive Hamilton).

The hockey stick featured in the United Nation’s Intergovernmental Panel on Climate Change Third Assessment Report as figure 2.20: a Northern Hemisphere temperature reconstruction.  It is now etched into many minds as a symbol of unnatural and unprecedented warming.

Seven of the eight warmest years on record have occurred since 2001.[1]

I hear one INTJ cry, irrelevant!

In fact, if you can’t read a chart, and many people can’t, then such a statement is telling someone something about natural variation since 1900.

Further how does the Medieval Warm Period fit into the hockey stick?

According to the official science it is just a ‘putative climate epoch’ that needs to be adjusted for. [2]

But with the shaft of the hockey stick representing a temperature increase of 0.74 degrees Celsius then a period of cooling of up to 2 degrees should show up in the stick?

I hear a non-sceptic explain: But the hockey stick is really just a symbol.  It was never meant to be completely accurate representation of temperatures over the last 1,000 years.  We know there are many problems with it.  We know there are issues with smoothing the data so that the Medieval Warm Period and Little Ice Age disappear, so to speak.  But we should nevertheless appreciate that the hockey stick is an effective way of conveying complex science to the public.  The hockey stick emphasizes that the last 150 years represents a period of unprecedented warming.

I can see that attitudes to variation in the temperature record are important.  But perhaps this little thought experiment just illustrates a contrived confirmation bias and groupthink, rather than the effective treatment of a data set that shows measurement error?

How difficult it can be to try and explain something from a different perspective?