Have a look at the size of this male quoll we saw in Boonoo Boonoo National Park near Stanthorpe a few days ago.

It is currently mating season for quolls and he was quite aggressive as well as curious. 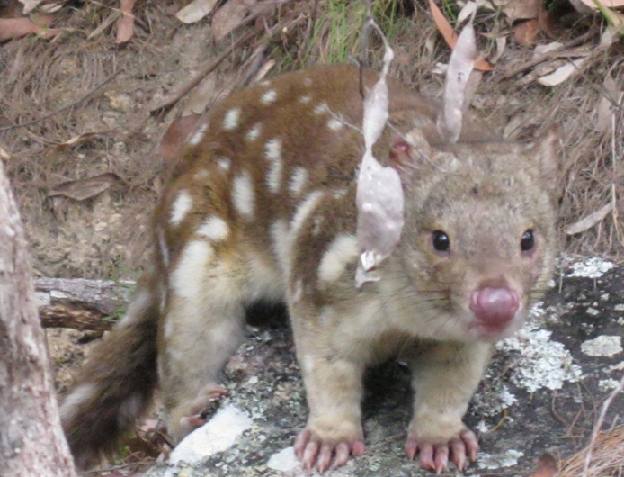 An old bloke who lived in the New England ranges as a kid once told me that these male quolls would bale him up on his way to and from school and he was terrified of them.

When I saw this quoll, I initially thought it was a feral cat running behind a tree. But the feral morphed into this magnificent native cat when he appeared the other side.

A truly magic moment: Fair took my breath away.