“OVER the last 18 months, policymakers in Canada, the U.S. and Japan have quietly abandoned the illusory goal of preventing global warming by reducing carbon dioxide emissions. Instead, an alternative view has emerged regarding the most cost-effective way in which to deal with the undoubted hazards of climate change. 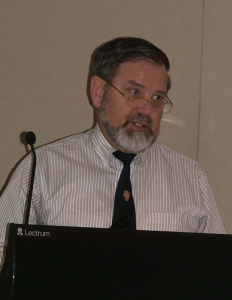 “This view points toward setting a policy of preparation for, and adaptation to, climatic events and change as they occur, which is distinctly different from the former emphasis given by most Western parliaments to the mitigation of global warming by curbing carbon dioxide emissions.”

So begins an article by Bob Carter recently published in Canada’s Financial Post. The article is a summary of a public lecture Professor Carter will be giving in Ottowa, Toronto and Calgary over the next week. It continues…

“Ultimately, the rationale for choosing between policies of mitigation or adaptation must lie with an analysis of the underlying scientific evidence about climate change. Yet the vigorous public debate over possibly dangerous human-caused global warming is bedevilled by two things.

First, an inadequacy of the historical temperature measurements that are used to reconstruct the average global temperature statistic.

And, second, fuelled by lobbyists and media interests, an unfortunate tribal emotionalism that has arisen between groups of persons who are depicted as either climate “alarmists” or climate “deniers.”

In reality, the great majority of working scientists fit into neither category. All competent scientists accept, first, that global climate has always changed, and always will; second, that human activities (not just carbon dioxide emissions) definitely affect local climate, and have the potential, summed, to measurably affect global climate; and, third, that carbon dioxide is a mild greenhouse gas.

The true scientific debate, then, is about none of these issues, but rather about the sign and magnitude of any global human effect and its likely significance when considered in the context of natural climate change.

For many different reasons, which include various types of bias, error and unaccounted-for artifacts, the thermometer record provides only an indicative history of average global temperature over the last 150 years.

The 1979-2011 satellite MSU (Microwave Sounding Units) record is our only acceptably accurate estimate of average global temperature, yet being but 32 years in length it represents just one climate data point. The second most reliable estimate of global temperature, collected by radiosondes on weather balloons, extends back to 1958, and the portion that overlaps with the MSU record matches it well.

Taken together, these two temperature records indicate that no significant warming trend has occurred since 1958, though both exhibit a 0.2C step increase in average global temperature across the strong 1998 El Nino.

In addition, the recently quiet Sun, and the lack of warming over at least the last 15 years — and that despite a 10% increase in atmospheric carbon dioxide level, which represents 34% of all post-industrial emissions — indicates that the alarmist global warming hypothesis is wrong and that cooling may be the greatest climate hazard over coming decades.

Climate change takes place over geological time scales of thousands through millions of years, but unfortunately the relevant geological data sets do not provide direct measurements, least of all of average global temperature.

Instead, they comprise local or regional proxy records of climate change of varying quality. Nonetheless, numerous high-quality paleoclimate records, and especially those from ice cores and deep-sea mud cores, demonstrate that no unusual or untoward changes in climate occurred in the 20th and early 21st century.

Despite an estimated spend of well over $100-billion since 1990 looking for a human global temperature signal, assessed against geological reality no compelling empirical evidence yet exists for a measurable, let alone worrisome, human impact on global temperature.

Nonetheless, a key issue on which all scientists agree is that natural climate-related events and change are real, and exact very real human and environmental costs. These hazards include storms, floods, blizzards, droughts and bushfires, as well as both local and global temperature steps and longer term cooling or warming trends.

It is certain that these natural climate-related events and change will continue, and that from time to time human and environmental damage will be wrought.

Extreme weather events (and their consequences) are natural disasters of similar character to earthquakes, tsunami and volcanic eruptions, in that in our present state of knowledge they can neither be predicted far ahead nor prevented once underway. The matter of dealing with future climate change, therefore, is primarily one of risk appraisal and minimization, and that for natural risks that vary from place to place around the globe.

Dealing with climate reality as it unfolds clearly represents the most prudent, practical and cost-effective solution to the climate change issue. Importantly, a policy of adaptation is also strongly precautionary against any (possibly dangerous) human-caused climate trends that might emerge in the future.

Bob Carter, a paleoclimatologist at James Cook University, Australia, and a chief science advisor for the International Climate Science Coalition, is in Canada on a 10-day tour. He speaks at Carleton University in Ottawa on Friday.