THE climate update for July 2011 indicates:

The Southern Hemisphere in general was close to average 1998-2006 conditions, with the exception of parts of the Antarctic. Most other land regions experienced below average temperatures.

Also the near Equator temperatures conditions were close to average 1998-2006 conditions. 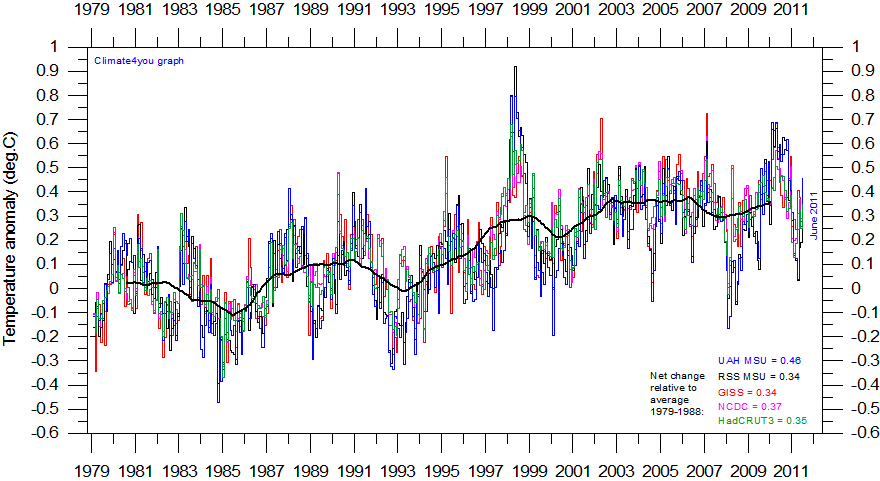