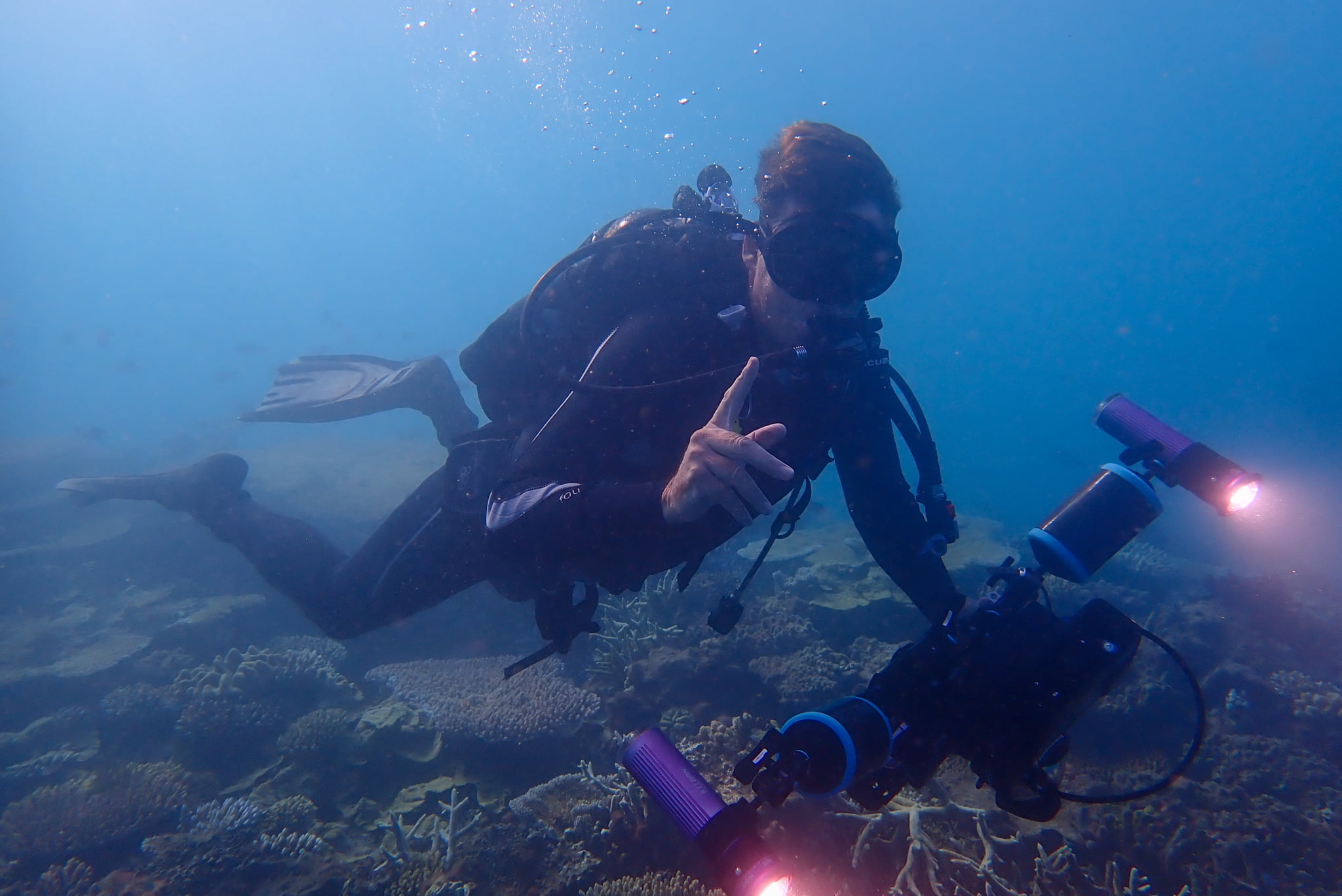 We all extrapolate from the specific to the general; it is how we learn to function in the world. It is also how we can get things very wrong. A black swan, for example, is often used to describe an event that comes as a surprise. England was once the centre of the known world, and all swans were white – and the property of the Queen. Then Australia was discovered, where most swans are black in colour.

Journalists and scientists have a particular tendency to extrapolate from the specific to the general when it comes to environmental issues. For example, Graham Readfearn – writing in The Guardian on 22nd March 2022 quoted Adam Smith – extrapolated from the condition of John Brewer Reef off Townsville to the entire Great Barrier Reef. He wrote:

We’ve definitely just seen corals that are stressed and white… This is one of the healthiest reefs off Townsville and one of the best reefs on the whole Great Barrier Reef. So for these corals to be stressed and damaged … well, it’s likely it’s the same at other reefs …

I did not dispute the reasonableness of this extrapolation. It was in part because John Brewer Reef was being reported as indicative of the Great Barrier Reef situation more generally, and apparently badly bleached, that I visited on 10th and 12th April and then again on 12th July.

John Brewer was apparently bleaching, and I wanted to see it and to film it. Then I follow-up and check for recovery – again as an indication of the situation at the Great Barrier Reef more generally.

When I visited John Brewer Reef on 10th and 12th April the most remarkable thing was that it was fluorescing which is a form of colourful bleaching. There were some corals that had bleached white, and I found and photographed the exact same coral that had featured in Graham Readfearn’s The Guardian article of 22nd March.

When I went back on 12th July 2022, John Brewer Reef was showing remarkable recovery.

But I did not extrapolate from the condition of the corals at John Brewer Reef to any other reef. I was content to just report my findings for that reef for that moment in time.

The article that I posted on my blog the next day included a lot of photographs. But this is the extent of my text:

Just as a team from the United Nations were flying into Australia at the behest of James Cook University Professor Terry Hughes – seeking to have the Great Barrier Reef’s world heritage status downgraded – Adjunct Associate Professor Adam Smith was posing for photographs at John Brewer Reef for The Guardian newspaper. At that time, back on 20 March (2022), the mild bleaching and fluorescing at John Brewer reef was being described by Professor Smith as part of a fourth mass bleaching event and in an article for The Conversation, Professor Smith suggested it could take the corals 12 years to recover.

My daughter and I were back at John Brewer reef on Sunday 10th July, the coral that was featured in The Guardian on 22 March as severely bleached is now a healthy beige. It appears to have made a full recovery in less than three months.

Most of the corals at the reef crest at John Brewer are now various shades of beige to chocolate brown, and so the reef is looking exceptionally healthy.

There was more information in the captions accompanying the ten photographs, but again this information was limited to John Brewer Reef. The photographs and blog post are here: https://jennifermarohasy.com/2022/07/john-brewer-reef-back-to-beige/

This was republished by the Institute of Public Affairs, here: https://ipa.org.au/ipa-today/john-brewer-reef-back-to-beige

Facebook subsequently attached a ‘warning’, indicating that my article had been ‘Fact Checked’ and found to be misleading.
This is a serious accusation.

Only because Scott Hargreaves, the head of the IPA, was prepared to check the detail of the RMIT University FactLab allegation was my article not simply removed from the IPA website and my own reputation tarnished. Scott saw through the unreasonableness of the purported fact checker and the hypocrisy. He also encouraged me to submit an appeal, which I did on 2nd August.

That appeal was quickly dismissed on 5th August most inappropriately citing an unrelated blog post as evidence I inappropriately extrapolate from the specific to the general this time with reference to the speed of recovery from the bleaching.

Meanwhile, the day before, on 4th August, the Australian Institute of Marine Science’s Mike Emslie was widely reported explaining that the entire Great Barrier Reef had shown a remarkably quick recovery since the bleaching in March. It seemed that John Brewer Reef had been a good measure of the health of the Great Barrier Reef more generally and that there had been no ‘black swan’ misreporting by me.

Yet my appeal of 2nd August had nevertheless been dismissed. The verdict was signed by Sushi Das who is the Chief of Staff at the RMIT ABC Fact Check unit. She is also the Assistant Director of the RMIT FactLab – that is affiliated with the international association of fact checkers.

I can only conclude that it is all a ruse really, this fact checking.

I responded to Sushi with the following facts:

2. I found and photographed the exact same coral colony described in The Guardian as badly bleaching.

3. I used a University of Queensland Coral Health Check Chart to determine that it had fully recovered.

4. I reported that it had fully recovered from the bleaching in a blog that was posted on 14th July.

5. That article was republished by the Institute of Public Affairs, and subsequently erroneously tagged by your fact checker, Edwina Jeffery, as containing misleading information.

6. The justification for the misleading claim is that I drew conclusions about the state of the entire Great Barrier Reef based on a single visit to John Brewer Reef.

7. I appealed that decision because the article in dispute clearly only makes reference to John Brewer Reef.

8. You have responded with reference to an entirely different article, published on 11th April 2022.

9. In my blog post of 11th April, I make no reference whatsoever to the corals recovering.

10. In my blog post of 11th April, I did explain that John Brewer Reef was being reported around the world as the centre of a mass coral bleaching.

It is a fact that we are daily confronted with misinformation from key agenda-driven organisations and powerful individuals. It is also a fact that those entrusted and given the time and resources to do some fact checking mostly only add to the misinformation.

In order to understand the world as it really is, a great deal of self-discipline must be imposed. Something sorely missing in the RMIT University FactLab and Australian Broadcasting Corporation (ABC) Fact Check Unit.

The feature photograph shows Stuart Ireland filming at Britomart Reef on 30th November 2020. That adventure was made into a film, ‘Finding Porites’, now available on YouTube.

Underwater photography and videography are such powerful tools for knowing the true state of coral reefs, and evidence to support claims of bleaching and/or recovery.

The AIMS and GBRMPA aerial survey reports undertaken in March 2022 reporting bleaching at John Brewer Reef to be in the order of 31 to 60% do not include photographs or other evidence to support this claim.

The AIMS underwater survey by manta tow of John Brewer Reef on 6th March 2022 reported no bleaching. There is no publicly available video of this 15 kilometre assessment, yet this would be so easy to take and upload given GoPro technologies. There are a total of four photographs that have been made available, and these show no evidence of bleaching.

Results from the AIMS underwater survey are here: https://apps.aims.gov.au/reef-monitoring/reef/John%20Brewer%20Reef/manta

Results from the AIMS aerial survey are here:
https://www.gbrmpa.gov.au/the-reef/reef-health

I have sought clarification from AIMS regarding the inconsistencies in the results that claim severe bleaching in the aerial survey and no bleaching in the underwater survey, but none has been forthcoming.

I have suggested that the RMIT University FactLab consider an investigation, but they have not responded.