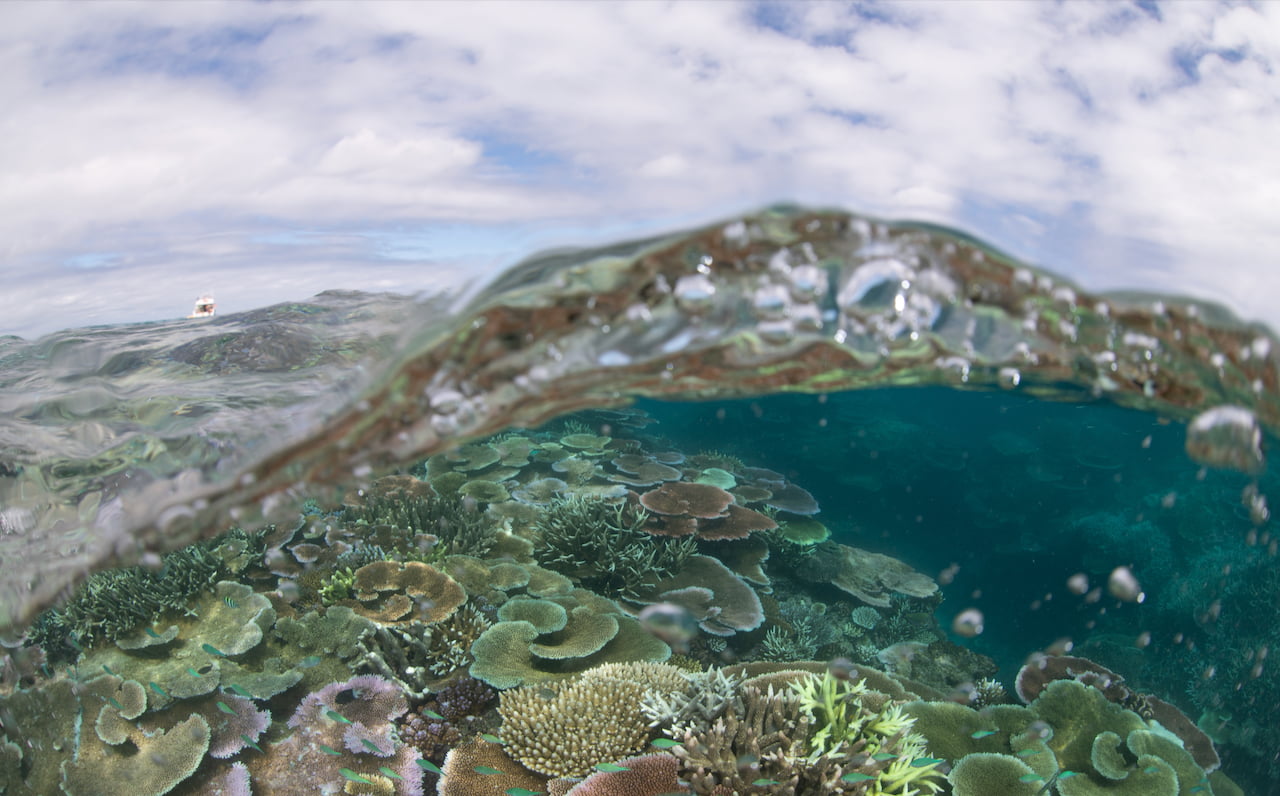 It is a risk, and it is expensive, deciding to make a film about something way offshore and underwater.

I’ve done it twice now – with both films showing at the New Farm Cinemas (701 Brunswick Street) in Brisbane on Sunday July 24 at 2:00 PM. Tickets are $20 general admission and $10 for AIP and IPA members. Click here to RSVP and get a ticket.

Neither film would be possible without my vision, screen writing and weather forecasting skills – combined with the underwater cinematography and film making skills of Stuart Ireland and funding from philanthropist Bryant Macfie through the Institute of Public Affairs.

Why did we bother? Because the established narrative about the Great Barrier Reef needs to be juxtaposed against the truth.

The first film has the title ‘A Coral Bleaching Tragedy’ – and the tragedy is not with the corals but how colourful bleaching is misreported and so misunderstood. The corals at John Brewer Reef through March and April 2022 were putting on a spectacular and colourful show while local and international media falsely reported them as having turned stark white. This film also demonstrates the nonsense of attempting to determine the health of a coral from an aeroplane as reported in recent official surveys. To know the true state of the corals it is necessary to get into and under the water.

The second film, ‘The Measure of the Great Barrier Reef’, is about a voyage in a little boat to a magical place with crystal clear waters, giant clams, and even bigger corals. Myrmidon Reef is way out on the edge of the South Pacific Ocean beyond the Great Barrier Reef proper. Two of us continually disappearing under the waves with a tape measure to determine the size of the monster boulder corals to know coral growth rates and thus temperature change over the last few hundred years. These corals hold the true history of climate change.

***
The photograph at the very top of this blog post was taken by Leonard Lim at John Brewer Reef on 10th April 2022.