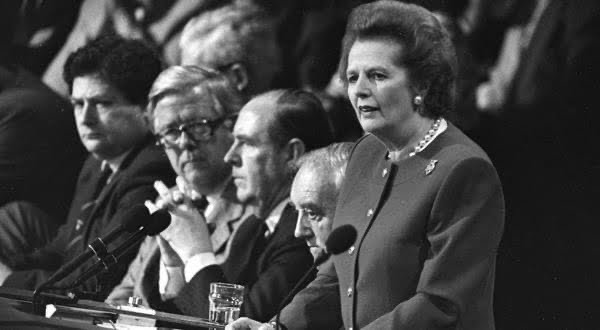 I’ve never meet Benny Peiser.  He’s the CEO of the London-based Global Warming Policy Foundation (GWPF).   He will be speaking at The Brisbane Club on Wednesday 27th April 2022 at an event hosted by Graham Young from the Australian Institute for Progress.  He will be in Sydney the day before (26th April) at the Roseville Golf Club, and Melbourne the day after (28th April).   The Melbourne event is hosted by the Australian Environment Foundation and Benny will deliver the Bob Carter Commemorative Lecture for 2022.

Benny is a former member of the German Greens and holds a PhD in Cultural Studies for a thesis examining the problems of ancient Greece.   He will be talking about renewable energy, the UK experience in Brisbane and extend this to also discuss the war in the Ukraine when in Melbourne.

The GWPF was founded by Nigel Lawson, Margaret Thatcher’s Chancellor of the Exchequer – and father of cooking goddess Nigella Lawson.

I did once get to have lunch with Nigel Lawson; that was in Sydney many years ago.  We had a view of the Opera House and he confirmed for me that the theory of catastrophic human-caused global warming really was the brainchild of Margaret Thatcher.  She detested coal miners and wanted that industry closed.  She succeeded in the UK, and the idea was since gone global.

A little before that lunch with Nigel Lawson, I had dinner in New York with Vladimir Putin’s Environment advisor Andrei Illarionov.   We were at a conference in New York.  Andrei was puzzled as to why The West was so enamoured with the idea of catastrophic human-caused global warming and pondered Margaret Thatcher’s involvement.  We discussed Nigel Lawson and both admitted to being big fans of Nigella.   Andrei’s own theory went that the Kyoto Protocol gave Germany and Britain an economic advantage because of the timing of their transition away from coal.  He thought Thatcher a clever politician, who had outsmarted the Russians of her vintage.

As far as I know Andrei Illarionov is still advising Vladimir Putin on energy and environment issues.  I wouldn’t be surprised if Russia one day cut the gas to the UK and Germany.

If that happened much of Europe might be left freezing in the dark and wishing for some coal.

I’m not sure if these are topics that will be discussed at the lunches in Melbourne, Sydney, or Brisbane?  But they might be.