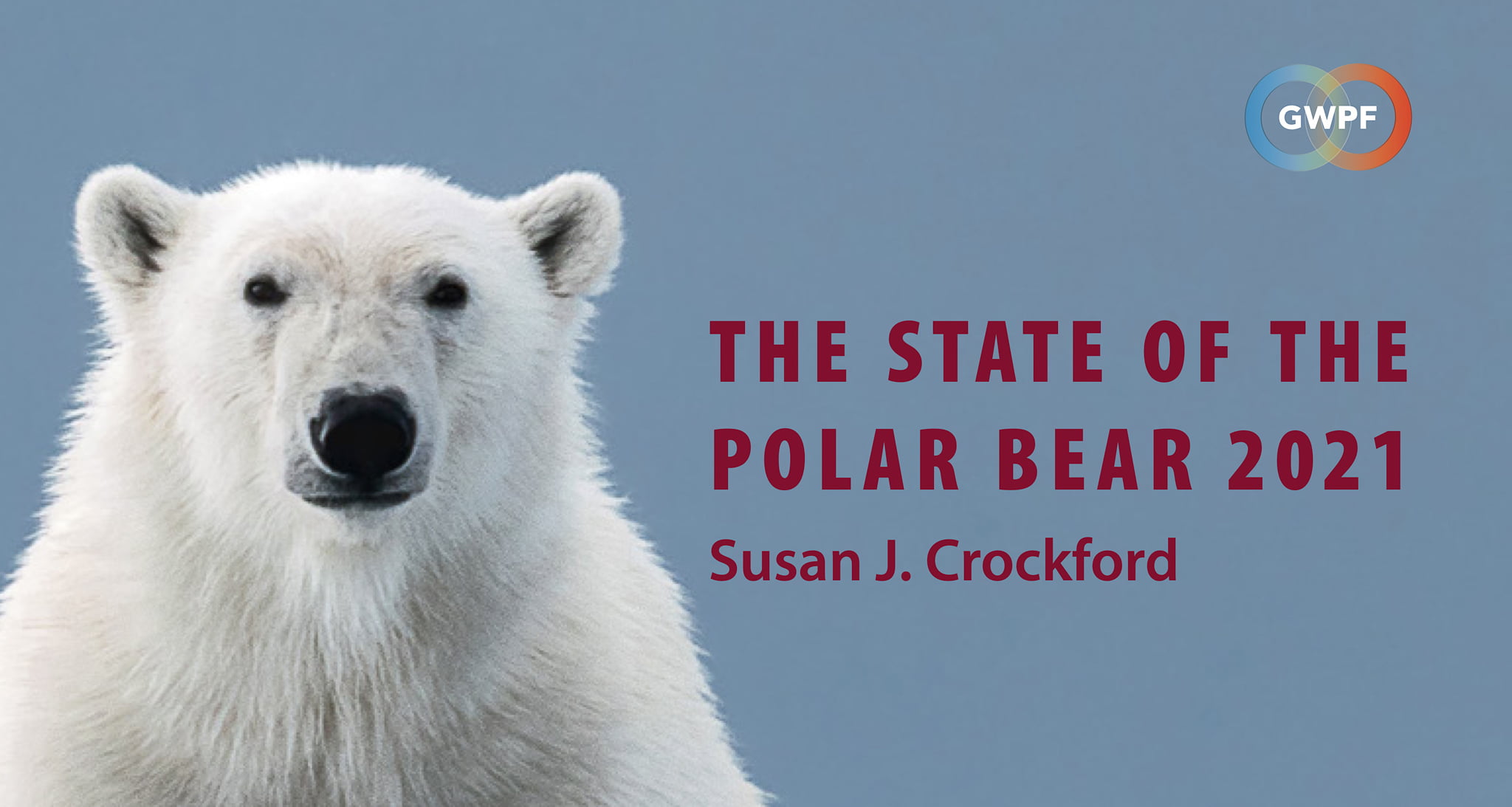 Despite reduced sea ice, polar bears are doing OK.  Numbers are still increasing.  They were low back in the 1960s because polar bears were hunted.  Now they are protected numbers are coming back.

Polar bear expert, and good friend, Susan Crockford has just had an update for last year (2021) published by The Global Warming Policy Foundation in London.

There were no reports from anywhere around the Arctic in 2021 that would suggest polar bears are suffering as a result of reduced sea-ice extent: no starving bears, no drowning bears, no acts of cannibalism, and no marked increases in bear conflicts with humans. Indeed, contrary to expectations, studies have shown that polar bears in several regions have been doing better with less summer ice, either because multiyear ice has been replaced with more productive seasonal ice, or because the increased primary productivity that has come with longer open-water seasons and thinner sea ice has been a net benefit.

Recent survey results suggest the global polar bear population is at least 32,000, although the estimate has a wide range of potential error.

Results of two polar bear surveys were published in 2021, and the subpopulations (in the Chukchi Sea and Davis Strait) were found to be either stable or increasing. Overall, studies published in 2021 indicate that the most up-to-date global population total should be at least 32,000 (and possibly higher), up from about 26,000 in 2015.

Reports that polar bears seem to be moving from Alaska to Russia in a ‘mass exodus’ may describe a real phenomenon that reflects the excellent feeding conditions for bears in the Chukchi Sea compared to Alaska, fuelled by continued increases in primary productivity across the Arctic.

Spring research in Svalbard, Norway in 2021 showed the body condition of male polar bears was stable, and that litter size of family groups was the same as it had been in 1994, but lower than 2019.

A new paper reported that more polar bears in Svalbard seem to be killing and eating reindeer during the summer than they did during the 1970s, but the phenomenon was not exclusively tied to reduced sea ice. 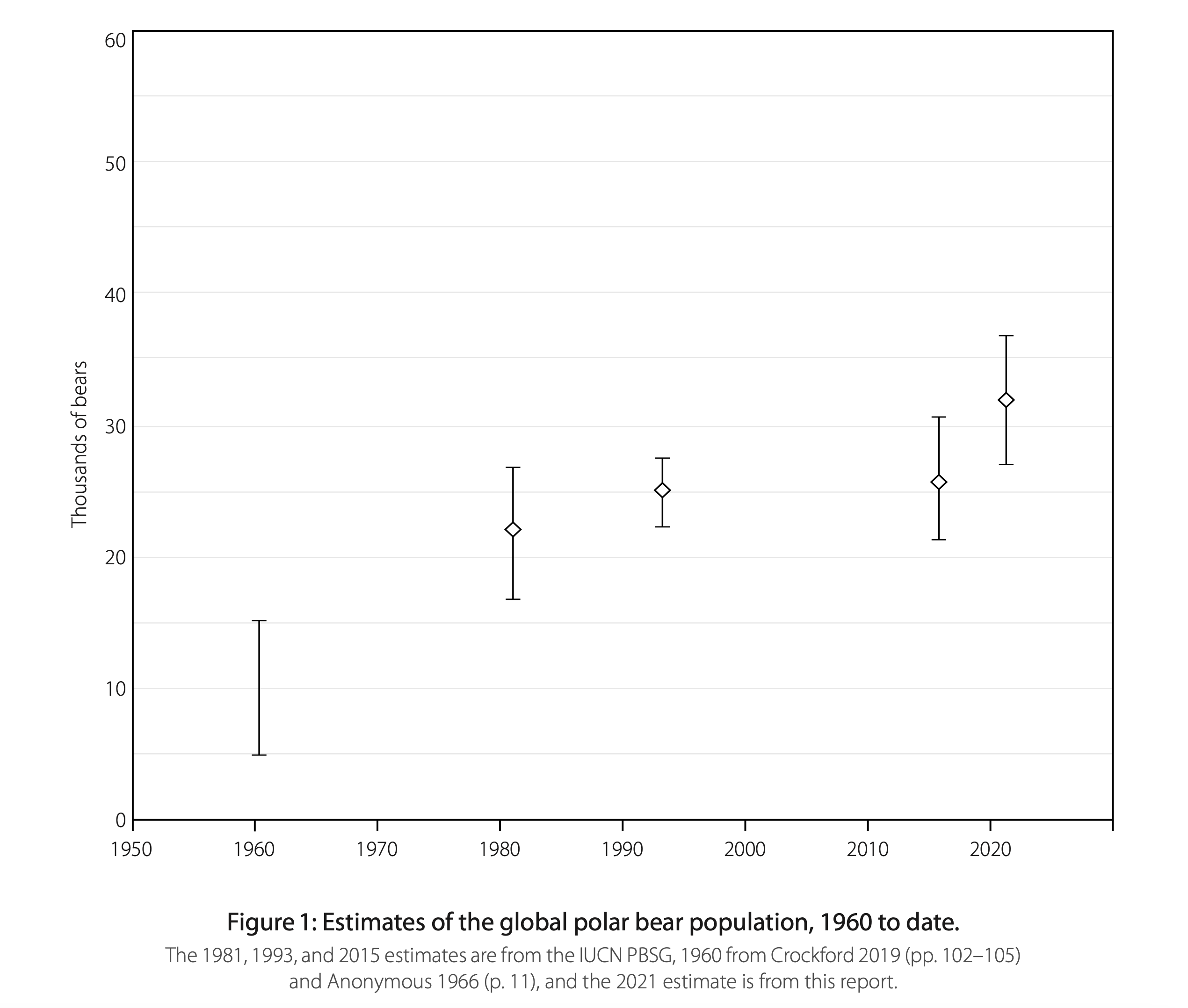 Susan, with Donna Laframboise wrote Chapter 1 ‘Walruses, Polar Bears and the Fired Professor’ for my book Climate Change: The Facts 2020.