Every community has those who are designated wise — sometimes able to anticipate imminent catastrophe.  For example, back in the 1500s, some in rural England and France would suspend dead birds — specifically kingfishers — from silken threads that purportedly acted as natural weathercocks. It was thought that the dead kingfisher was able to anticipate approaching storms and turn its breast into the wind. This is an unfortunate example, though, because Thomas Browne showed it to be nonsense. He suspended two dead kingfishers, side by side, and they pointed in different directions, thus demolishing the myth. I can’t imagine that all the wise ones took their dead birds down immediately, but Browne’s book Pseudodoxia Epidemica of 1646 championed a new kind of evidence-based science that relied on simple experiment.

For a period of some few hundred years, science came to replace superstition and key zoological texts including, for example, Origin of Species by Charles Darwin, were penned by the curious who tried hard to sort fact from fiction through observation. Browne and Darwin’s works followed Nicolaus Copernicus’ book On the Revolution of the Heavenly Spheres, published in 1543, that explained humankind was not at the centre of the universe.

Before evidence-based science, natural historians and even astronomers, relied on the work of Aristotle who thought mankind was at the centre of the universe. In the twelfth century, Aristotle was a major source of information for the medieval encyclopaedias of animals, known as Bestiaries, with moral biblical lessons added.

We have somehow returned to this practice where natural history is once again interwoven with moralising. Worse, many of those designated as wise are full of hubris and carry on as though humankind can affect the weather and climate. This extends to projects at universities, where, even in zoology departments the ‘research’ must lament the trace gas carbon dioxide and its perceived impact on the distribution and abundance of species.

Even in The Spectator Australia, James Allan in ‘Decline and Fall of New Zealand’ (11 December) remonstrates about how woke our universities have become but then lauds the superiority of Western science relative to Maori mythology. But is woke science superior to Maori myths? Arguably the most significant climate event since satellites began measuring global temperatures in 1979, was the very strong El Niño of 2015/16. It caused global temperatures to spike in February 2016, corals to bleach, and so on. This hottest period – according to the UAH satellite record – was forecast some years earlier by long range weather forecaster Ken Ring relying on Maori mythology. It was not forecast by Western meteorological bureaus that run simulation models on super computers.

In 1974, Ring, then a high school mathematics teacher ‘dropped out’ to home school his children. He moved his family to the remote East Coast of the North Island of New Zealand and over a period of six years befriended local Maori fishermen. He returned to ‘civilization’ six years later with what he has described as ‘the rudiments of a weather prediction system’ based on traditional Maori knowledge. Sometime later he began publishing weather almanacs for Australia, New Zealand and Ireland with rain, frost and snow maps including fishing calendars and gardening guides.

I’ve no doubt that the forecasts in those almanacs could be vastly improved, including through the mining of historical weather data using artificial neural networks, a form of machine learning that uses artificial intelligence. John Abbot and I showed its application to monthly rainfall forecasting in a series of research papers published from 2012 to 2017, including in the Chinese Academy of Sciences’ Advances in Atmospheric Sciences (Abbot J. & Marohasy J., 2012. Vol. 29, No. 4, Pgs. 717-730).

What has made Ken Ring’s long-range forecasts often more accurate than those from our bureaus of meteorology is their reliance on lunar cycles, uncorrupted by simulation modelling that misguidedly insists atmospheric concentrations of carbon dioxide are relevant to weather and climate forecasting.

It is possible to forecast El Niño and other key weather events years in advance because the passage of the Moon overhead is regular and cyclical. A 2019 technical paper by Jialin Lin and Taotao Qian entitled ‘Switch Between El Niño and La Niña is Caused by Subsurface Ocean Waves Likely Driven by Lunar Tidal Forcing’ explains the underlying physical mechanisms in terms of Newtonian physics.

In fact, observations of the Moon’s changing trajectory were a main test of the theories detailed in Isaac Newton’s The Principia,  published in 1687 and recognised as a highlight of the Scientific Revolution in the 17th century.

If we open our eyes to the evidence – as Thomas Browne implored a few hundred years ago – we would notice that the very hot year globally of 2016 immediately followed a year of minimum lunar declination, as did the super El Niño exactly 18 years earlier, in 1998, that also caused mass coral bleaching. It is now well understood, beyond Maori mythology, that there is an 18.6-year lunar declination cycle.  But this is wilfully ignored by mainstream meteorologists lest such extra-terrestrial influences on weather and climate detract from the moralising about humankind’s influence.

More than ever, Westerners who claim to respect science —could benefit from a return to simple observation as practiced by Maori fishermen who see the weather patterns created by the passage of the Moon and its changing declination. Browne’s contemporary, John Ray wrote, ‘Let us not suffice to be book-learned, to read what others have written and to take on trust more falsehood than truth, but let us ourselves examine things as we have the opportunity, and converse with Nature as well as with books …’

In meteorological bureaus, simulation modelling has replaced observation and Heads of state are urged to sign international treaties absurdly pledging to stop climate change. The true nature of this woke western climate forecasting would be better appreciated if it was evaluated against other methods.  Forecasts from different systems could be placed next to each other, in much the same way that Thomas Browne strung up dead kingfishers – side by side.

This article was first published in The Spectator Australia magazine. 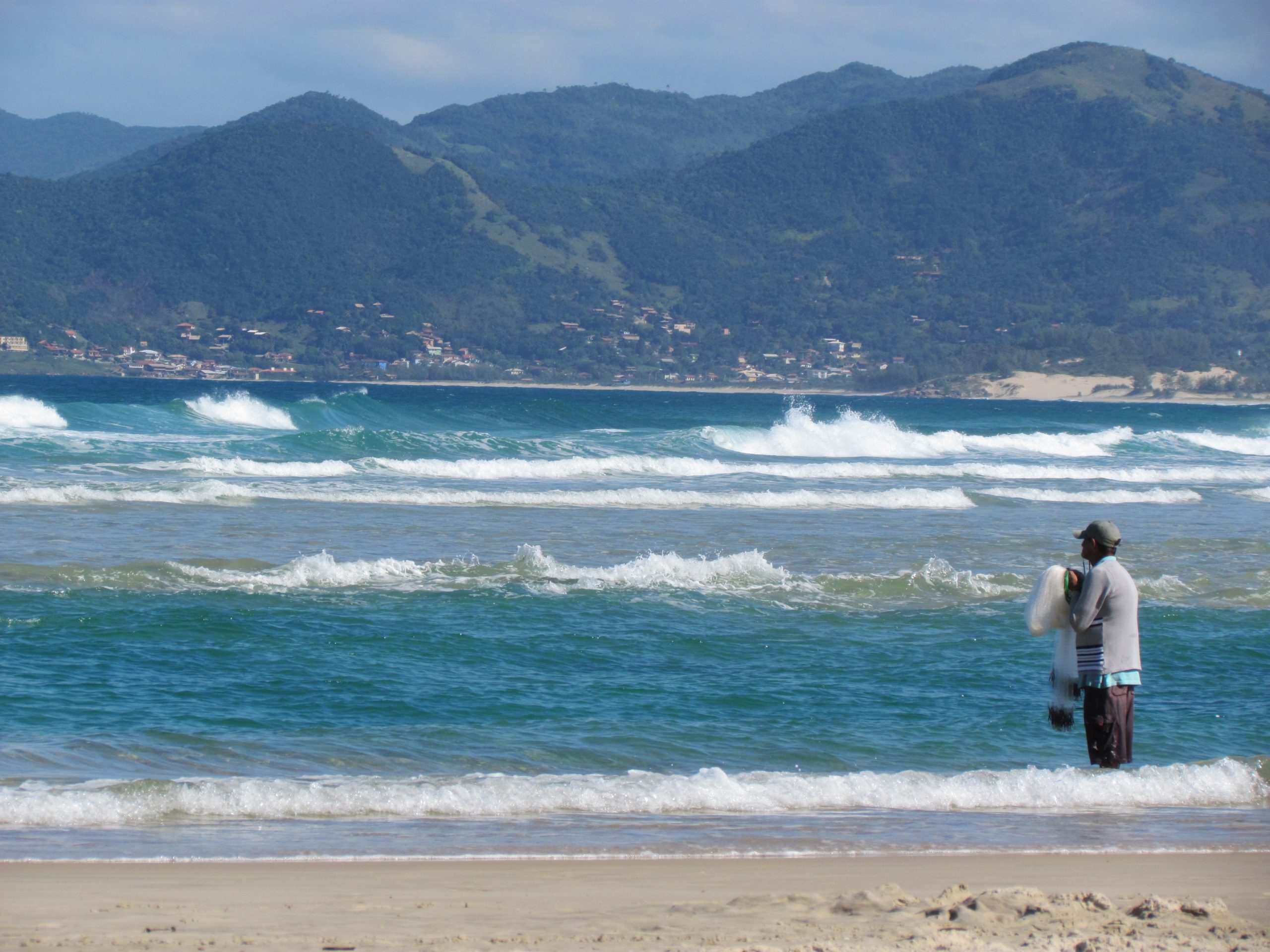 Since the article was published, I’ve received a note from Ken Ring with the following comment:

I’ve since learned that the Tuhoe fishermen of the East Coast were descended from Celtic peoples. They weren’t Maori at all, but originally pale skinned and red hair. There’s a whole political argument going on re-Treaty funds. Money seems to guide and hide our true prehistory …

Truth is, the Maori Fishing Calendar (which I published each year in the 2000s) was exactly the same as the Canadian Rockies Hunting Calendar, and Hindu writings, and harkened back to a time when the lunar laws were universal knowledge …

There are remnants of stone circles in New Zealand, but they are almost certainly pre- Maori.

I agree with the school of thought that says Aborigines were in New Zealand 40,000 years ago, based on rock drawings, and were only one of 100 or so cultures living peacefully side by side. At our closest point, we are only 900 nautical miles from Australia, and it is daft to think that for 60,000 years we were unknown to them. The ancient Chinese, too, settled on the east coast of Australia, and established a greenstone industry in New Zealand, but all this is completely shunned by historians. It means that indeed there may have been towns of 1000 people in Australia, but they were probably Asian, not Aboriginal.

I would like to thank Barry Goldman for the link to the article by Ben Finney et al. entitled ‘Wait for the West Wind’ that explains something of the complexity of navigating the South Pacific and the importance of understanding wind direction and its seasonality.  It concludes with comment that:

Without the ability to sail over long distances, to find islands strewn over many thousands of miles of open sea, and to carry enough people, tools, plants and animals to found viable colonies on the islands discovered, there would have been no Polynesian culture, no vast triangular section of ocean occupied by closely related neolithic peoples. That the large, stable, and seaworthy double-canoe was the critical artefact of this cultural development and expansion is generally accepted, just as the ability to make one’s way across the ocean and find distant islands by reading the stars, the winds, the swells, the flight of birds, and other clues provided by nature is often cited as the skill most crucial to this process. To the double-canoes, and ways of navigating them without instruments, we would add a third main element of this oceanic adaptation that made the colonisation of so many far-flung islands possible: knowledge of the winds of the sea and the skill to exploit spells of westerly winds to sail far to the east.

While the more intermittent character of the westerlies in the tropical south-eastern Pacific may have slowed the momentum of eastward expansion across the Pacific, the ethnographic and experimental evidence suggests that early Polynesian voyagers were able to adapt to this wind regime and to use periodic episodes of westerly winds to find and settle all the oceanic islands to the east of their mid-Pacific homeland. The evidence further suggests that they would have been able to make the multiple landfalls throughout central East Polynesia, and that, once settled on the various islands and archipelagos, they and their descendants would have been capable of exploiting the alternating rhythm of monsoonal and subtropical westerlies with easterly trade winds to maintain some communication ties within the central East Polynesia region, and also to some extent between East and West Polynesia. The actual history of East Polynesia colonisation may, therefore, turn out to be much more complex than suggested by broad arrows commonly drawn on maps to indicate migration paths.

Instead of searching for a single island or archipelago as the sole site of first settlement in East Polynesia, and of assuming one-way population dispersal from there to all the other eastern archipelagos, perhaps we should think of early East Polynesian colonisation in terms of a large multi-archipelago, intercommunicating region with some two-way links back and forth between there and West Polynesia. Although the camp-sites and settlements made by the first people to reach the islands of East Polynesia may be sparse and difficult to find, and evidence of interisland communication even harder to discern, the archaeologists should keep looking for evidence of early colonies and their interrelations throughout the islands and archipelagos lying to the east of the Polynesian homeland.

The feature image was taken at dawn at Lake Wanaka under the Milky Way and a rising Full Moon.