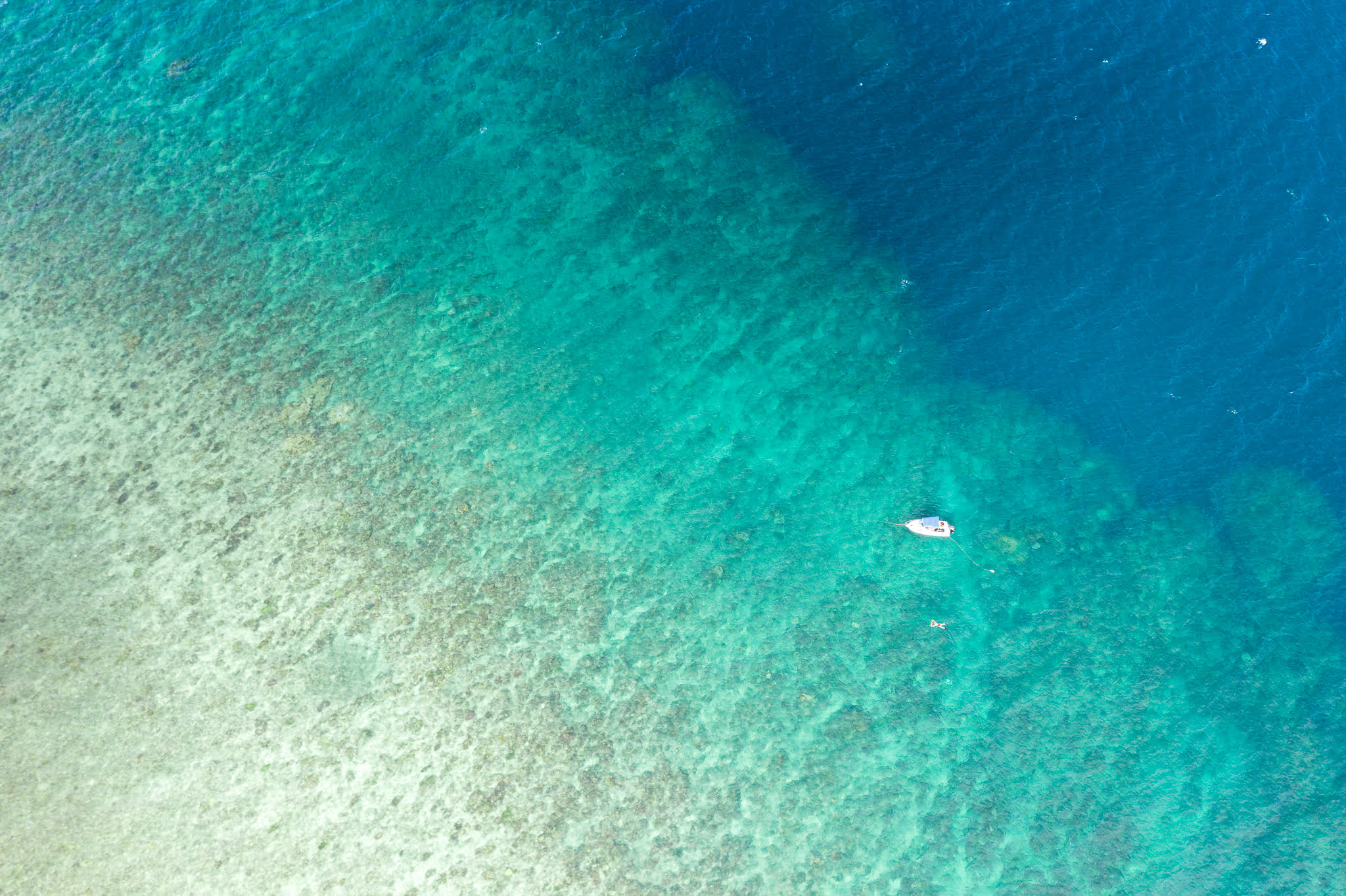 The Great Barrier Reef is vast: a network of coral reefs that cover an area about the size of Italy.  It is in good condition.  After all, unlike coral reefs in many other tropical parts of the world, Australia is a rich country with a population concentrated in the south – a long way from the corals.  Commercial fishing is heavily regulated.   Tourism is heavily regulated.   Every town has a sewerage treatment plant.   High tec agriculture is the other side of heavily mangroved-river catchments.   Temperatures are monitored at 80 sites within the Great Barrier Reef by the Australian Institute of Marine Sciences, and do not show a long-term warming trend.  There are no studies showing either a deterioration in coral cover or water quality.   But still the headlines suggest a problem.

Just last week the Australian government announced A$1 billion to save the reef.  This is really protection money to be paid to the Reef-Mafia; not really to protect the reef.

Who gets this government money has changed over the years.  Back in 1998, soon after the World Wildlife Fund Inc.  launched its campaign focused on the Great Barrier Reef its revenue from the federal government increased seven-fold from less than $500,000 to more than $3.5 million in just four years.

It would be interesting to see a breakdown of how this tax-payer funding was spent by this corporation, that then moved onto leveraging money from supermarkets including through its Global Seafood Charter.   Supermarkets either pay into these rackets, or risk being accused of uncaring with some of this explained in the important documentary by Ali Tabrizi ‘Seaspiracy’.

Twenty years later, in April 2018, then Prime Minister Malcolm Turnbull approved a $443 million grant to the tiny Great Barrier Reef Foundation with $86 million for ‘administration’.  It begged the question whether the remainder would be spent on research, and if so, which researchers would get how much of the money?

Those with an unshaken belief in the competence of government and the integrity of science might assume that in the process of grant distribution scientists identified and prioritized the big remaining research questions, through some process that include rigorous checks and some quality assurance?   But we know from Peter Ridd’s book ‘Reef Heresy: Science, Research and the Great Barrier Reef’ that there is none – no accountability, no quality assurance, no system for prioritising.

The amount of money handed out to those who squeal keeps increasing.

I gather that a good chunk of this new money is going to go to a consortium that want to replant corals.   So, there will be jobs for divers, and it will be filmed, scientists will collect data around the program and boats will be chartered.   There will be money for almost everyone who wants to participate.  As long as they are vaccinated and believe in climate change.

There may even be money for the ‘coral fishery’ people.  That is the euphemism for the boats that take divers out to rip up coral, to sell into the aquarium trade.  To be clear while Australian taxpayers will fit the bill to the tune of some $1 billion to replant corals, at the same time the Great Barrier Reef Marine Park Authority is handing out licences letting others pull it up and sell it overseas.  Back when I was taking more of an interest in all of this they were ripping-up about 20 tonnes* of live coral annually.  That’s correct: 20 tonnes* of live coral collected from reefs off Cairns and sold, most of it overseas into the aquarium trade.

That makes for a fair amount of replanting.  In fact, this could be one of the biggest hole-digging and filling in, operations in the world.

This doesn’t make the news.

The media headlines are instead fitted to the narrative that corals die from climate change.

The term Fourth Estate used to be used to denote the mainstream media, suggesting they are as important as the three branches of government: legislative, executive and judicial for the correct functioning of a democracy.

The idea was that in a secular society that operates as a democracy the institutions that represent these functions take a close interest in evidence. In the case of government, public policy is based on evidence. Governments rely on scientists to provide this information in peer-reviewed reports, and the ordinary citizen might expect journalists to be sceptical of everyone (politicians and scientists).

James Cook University Professor Terry Hughes was on ABC Radio National last year saying that the Great Barrier Reef Marine Park Area deserved to be downgraded by the United Nations because he didn’t like the federal government’s climate change policies.  It had nothing to do with the state of the corals.  This is the same guy who scores the health of coral reefs from 150 metres up in an airplane, by looking out the window.

… if we look at it more broadly though, Terry, I mean, if climate change impacts are used as a justification for an endangered listing, then every reef must be, therefore, listed in danger because climate change is a problem [all over the world]. Every World Heritage Site that is effected in any way by climate change, must be listed as endangered. Is that the logical extension of this?

Not really. There are 29 World Heritage Sites that have coral reefs. Four of them are in Australia. But other countries that are responsible for those World Heritage properties have much better climate policies [not necessarily better reefs] than Australia does. Australia is still refusing to sign up to a net zero target by 2050, which makes it a complete outlier. And I think this draft decision from UNESCO is pointing the finger at Australia and saying, “If you’re serious about saving the Great Barrier Reef, you need to do something about your climate policies.”

With the announcement of the A$1 billion last week, there was a write-up in The Australian:

Politically, the Coalition’s latest billion-dollar pledge dwarfs Labor’s promise of an additional $163m to be spent over four years.

Reef supporters will know the input that outgoing member for Leichhardt Warren Entsch has had in advocating for the reef.

The federal government is hoping that $1bn will be enough to keep the Cairns-based seat.

And that it is also enough to satisfy UNESCO monitors who will soon be taking a first-hand look at what the government is actually doing.

It won’t be enough.  It is never enough.

At the southern tip of Ribbon Reef No. 10 is an opening that was once where the Starke River entered the sea; that was more than 16,000 years ago when sea levels were up to 120 metres lower than they are today.  Scuba diving, I’ve felt the surge of the Pacific Ocean as it washes in nutrient rich waters, over the corals and between them.  Between the main barrier reefs the water rushes into what is known as the Great Barrier Reef lagoon, this is the area the size of Italy.

It happens twice a day, every day.   The water rushes in, and then dissipates.  Then out again to be lost in the vast Pacific Ocean.

It will be a bit like this with the A$1 billion.  There will be a rush in, to secure some of it, and then it will be taken out into the pockets of the many who will continue the myth of the dying Great Barrier Reef – people all over the world, but mostly in Cairns and Townsville.    Their very livelihood depends on it, as the clown fish feed on the leftovers from the sea anemone.

Back in 2008 the quantity of live coral dug-up for the aquarium trade was about 20 tonnes.  I don’t know what the quota was back then.  According to a 2021 report from the Australian government’s Department of Agriculture, Water and the Environment entitled ‘Assessment of The Queensland Coral Fishery’ the quota is now 200 tonnes (two hundred), with about 100 tonnes of this realised and increasing year on year.  Quoting from the report:

“The risks and uncertainties identified by the department include …

CITES-listed species are of course those listed as endangered/vulnerable to extinction.   It seems they don’t actually keep a record of which species are dug-up and exported.

Comment is also made in the same report that:

“Harvest is undertaken by hand collection only and the fishery is managed using limited entry with a quota of 200 tonne total allowable catch, split between ‘specialty coral’ (30 per cent) and ‘other coral’ (70 per cent). The fishery operates under the principle that impacts of harvesting are likely to be low due to the highely targetted and selective harvesting methods employed, the amount harvested across a broad geographic range and the degree of protection of the resource from harvesting offered by the Great Barrier Reef Marine Park Zoning Plan.”

The feature image is the view from a drone up about 120 metres, of me floating above the front of Pixie Reef, an inshore reef just to the north of Cairns.  This reef was categorised by Terry Hughes as badly bleached, flying at about 150 metres and looking out from an airplane window.