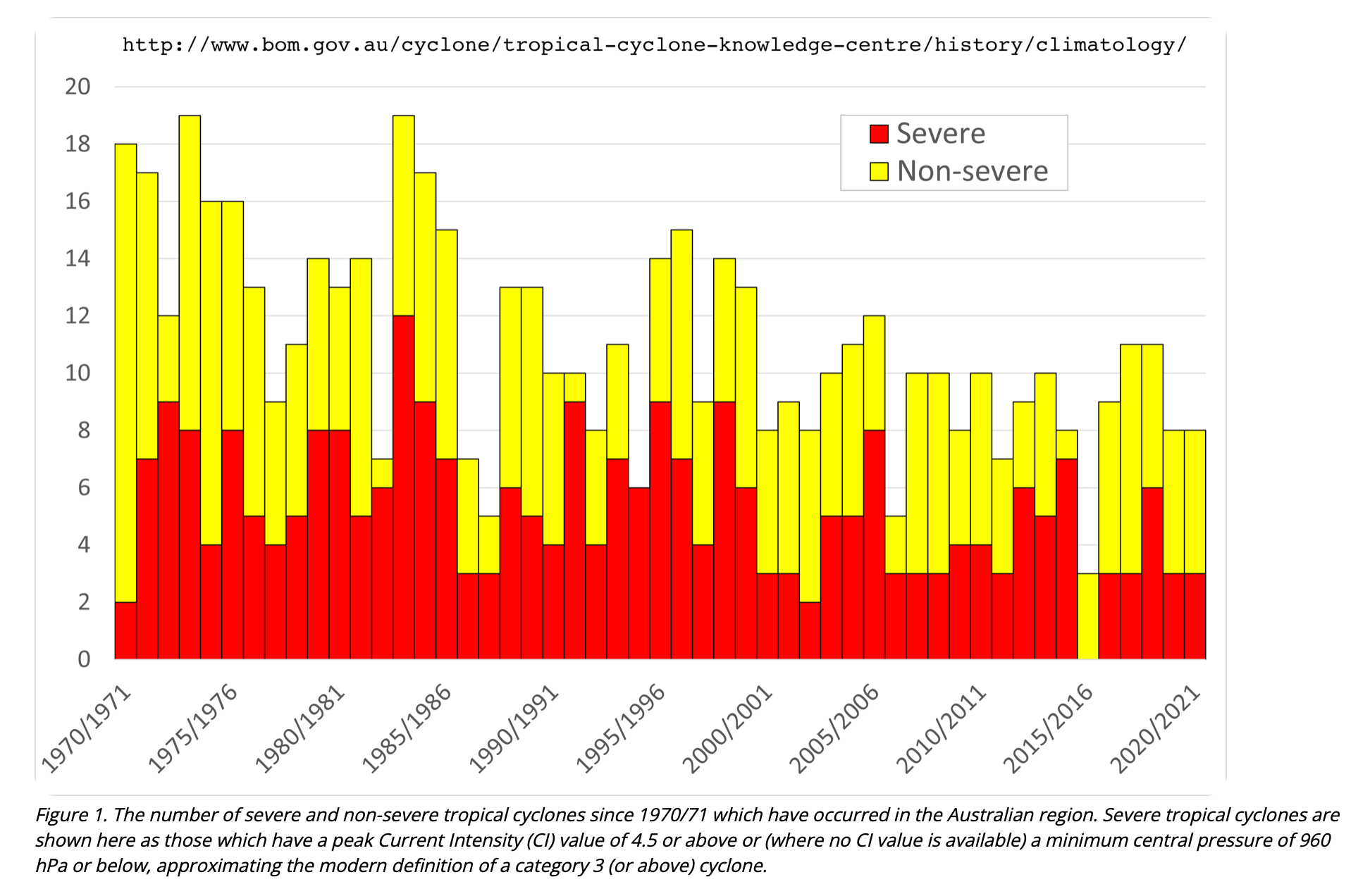 The Bureau has called the low-pressure system off the northeast of Australia as a category two cyclone.   Local weather reports are warning:

“Large and powerful surf conditions in the afternoon and evening are expected to be hazardous for coastal activities such as rock fishing, swimming and surfing.

With fair-sized waves rolling in from the north facing points, the local surfers were out early this morning, so the carpark at the main entrance to Noosa National Park was a traffic jam.    I was keen to see my cliff face* (below Boiling Pot Lookout) on the high tide with the big swells, but alas the traffic prevented it.  I should have walked!

This low-pressure system has intensified on a New Moon (1st January) at Perigee (2nd January).   These are conditions often associated with cyclones.

This cyclone, named Seth, is tracking south, as I would expect given the Moon will be heading south until midnight on Sunday, when it will reach maximum declination just to the north of Noosa and then turn.  I watch, and download data, on the Moon’s changing orbit from the NASA Jet Propulsion Lab.

According to the latest report from the Bureau, Seth was producing wind gusts of up to 110 kilometres per hour and was not expected to cross the coast.

We are so overdue for cyclones crossing the coast.   Last summer, the 2020–21 Australian region cyclone season was another ‘below average’ season, producing a total of just 8 tropical cyclones with just 3 of these categorised as severe. So, since official records began in 1970 it is a case of less cyclones and less severe cyclones.

Of course, all of this contradicts the official ‘climate action now’ narrative that falsely claims an increase in the incidence of cyclones in accordance with the illusionary climate change catastrophe reported nightly on the news by all the ‘useful idiot’ journalists. (Don’t be one of the useful idiots, join the resistance by subscribing to my regular e-newsletter.)

I’m going to be out tomorrow morning (Sunday morning) to try and record the second highest tide at the cliff face, and, also on Monday morning for the highest tide.   I’m hoping to put up my drone, but if it’s too gusty Skido will refuse to take-off.  It would be so good to have a professional with a long lens across the other side of Tea Tree Bay looking back to the cliff face, to catch the highest tide with the big swell.   You don’t have to get on the platform, there will be lots of opportunities looking back from the main track.

**** More information on how to get to my cliff face is at my sea level change page, click here.

The image below was taken on the highest tide two years ago looking back to the rock platform below Boiling Pot Lookout in Noosa National Park.  Can you see me within the red circle to the bottom left?  There was a low pressure system off shore that year.  It will be more intense this year so the tide should be even higher, but will it reach the bottom of the cliff face?  Will I be washed away? 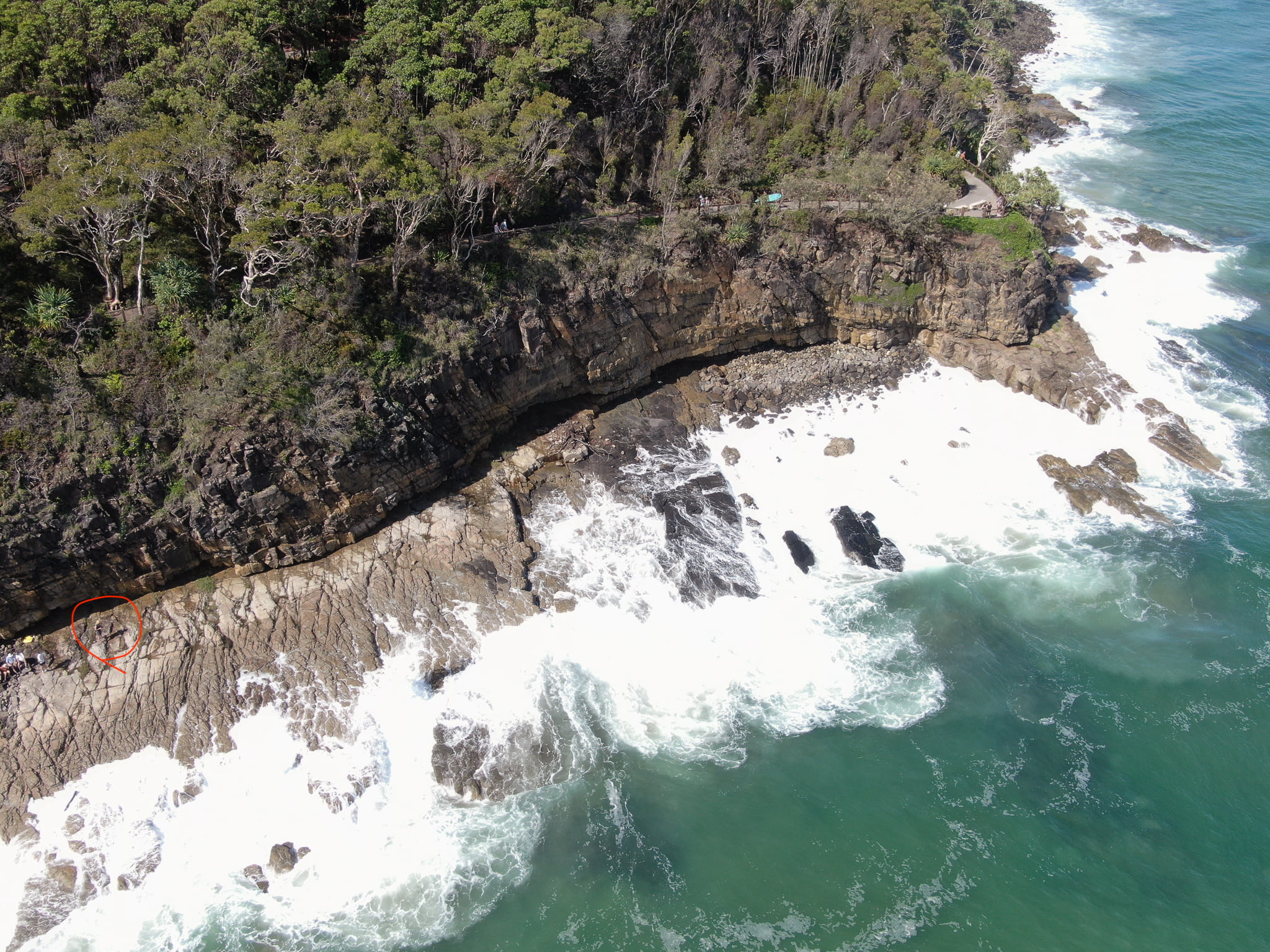