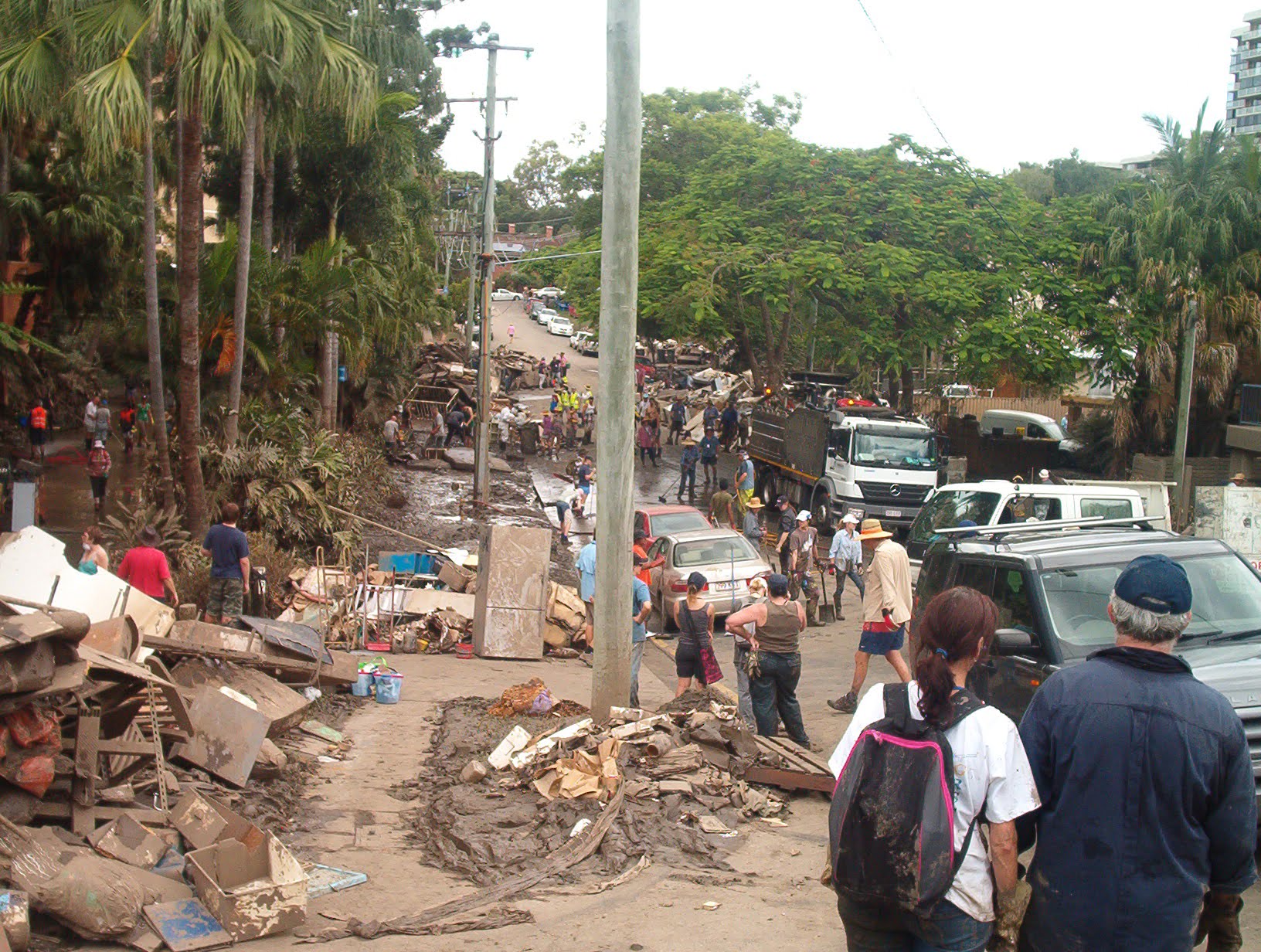 Last night I was very briefly on Sky Television, and we were reminded by Andrew Bolt that Professor Tim Flannery once said the dams would never fill again.   Back in 2009 we were told to expect drought as the new norm here in Australia because of climate change.

That was when we had El Niño drought conditions, meaning the trade winds were weak and more rain fell on the ocean than could make it to the Australian mainland.  But, of course, the conditions changed – as they always do, because there are cycles – and what is known as a La Niña developed.  It was a very strong La Niña by the end of 2010 with an SOI value of +27.1 for December.

The dams along the east coast of Australia did fill suddenly with the change in the cycle to one of wet from one of dry.  To the extent that the city of Brisbane was flooded – with more than 20,000 homes inundated – after SEQ Water was forced to make emergency releases of water from Wivenhoe dam in January 2011!  SEQ Water had mistakenly kept the dam full of water through December, even though the dam was built for flood mitigation – to catch the water should there be torrential rain.  There was no reason for Brisbane to have flooded, except they got the seasonal forecast so wrong along with the dam management.  They weren’t thinking in terms of cycles – they never do.

Wivenhoe dam was built following the terrible 1974 inundation of Brisbane when more than 6,000 homes were flooded following torrential rains following Cyclone Wanda.  That was also a La Niña year with the SOI index at +31.6 in November 1973.

The SOI index is the difference in air pressure between Tahiti and Darwin.

When there are strong pressure gradients, we have stronger than usual trade winds drawing moist air from the Pacific Ocean all the way to the Australian mainland.  When the winds are not so strong, and especially during El Niño conditions when they are weak, it is more likely to rain over the ocean with the storm clouds and cyclones not making it as far as the Australian east coast. Then we risk drought here in Australia.

We can see cycles of La Niña and El Niño in the air pressure data that goes right back to 1876 as measured between Darwin and Tahiti.    Indeed, Australia is a land of drought or flooding rains because of these cycles.

Except that David Jones, and other activists, hold such key positions at the Australian Bureau of Meteorology and have for so long, and they refuse to acknowledge the strength of the cycles because they are so wedded to the theory of catastrophic climate change and the idea that there are tipping points when there are just cycles.   They brief Tim Flannery who is really just one of the useful idiots.   Andrew Bolt shouldn’t really be so upset by him!  It is the Bureau that has the potential to deliver much better forecasts, but that would require them to recognise there are cycles that persist and give up on the notion of a climate catastrophe.

John Abbot and I went to the Bureau to talk with them, specifically with Oscar Alves, back in August 2011 about the potential of Artificial Neural Networks (a form of machine learning/artificial intelligence) for more reliable seasonal rainfall forecasting.   We used the SOI index as a key input, and have detailed our technique in a series of published papers.

The feature photograph at the very top of this blog post was taken outside our unit in St Lucia Brisbane after the apartment block was flooded in January 2011.  It was quite a job, the cleanup.