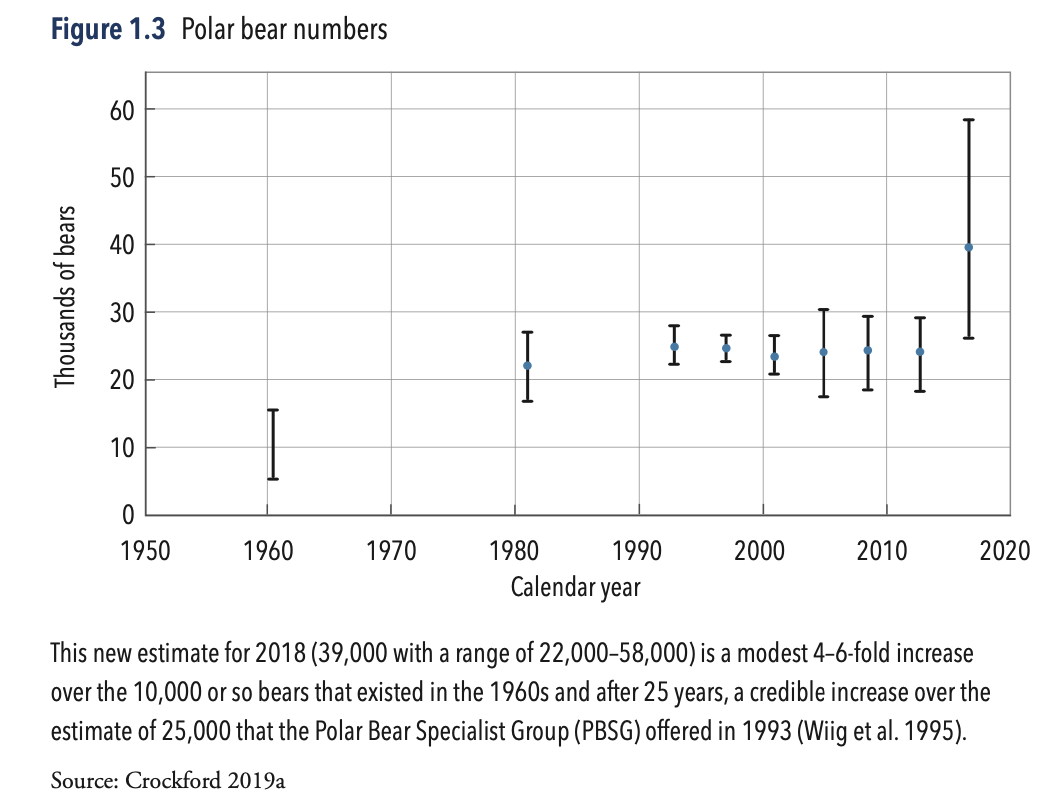 Facts often need context, but in the case of world-wide polar bear numbers it is straight forward: since bans on hunting were introduced in the 1970s numbers have increased from about 10,000 in the late 1960s to an official estimate of 26,000 in 2015. Surveys conducted since then, by those reluctant to report a further increase, report a modest 28,500 bears. When estimates for subpopulations are added to this, the more realistic number becomes 39,000 – that could be rounded to 40,000.

The bottom-line is that despite a reduction in sea ice at the North Pole over this same period, there has been an increase in polar bear numbers.

This is good news that runs contrary to the zeitgeist.

Successful Australian business woman Gina Rinehart reported the increase in polar bear numbers in a lecture she gave to her former girl’s school, and it sent the ‘fact’ checkers at the Australia Broadcasting Corporation (ABC) into a spin resulting in a long essay short on facts and big on snow. How dare Ms Rinehart – who’s profits from mining fund them – have an opinion on bears.

Canadian Polar Bear expert Susan Crockford describes the ‘fact check’ as convoluted and explains how it ignores the many polar bear subpopulations across the Arctic and still fails to refute the 150% increase in bear numbers between 1960 and 1993 and further 56% increase from 1993 to 2018.

It is interesting how much interest this information can generate at Facebook, the following screenshot was taken 24 hours after posting.