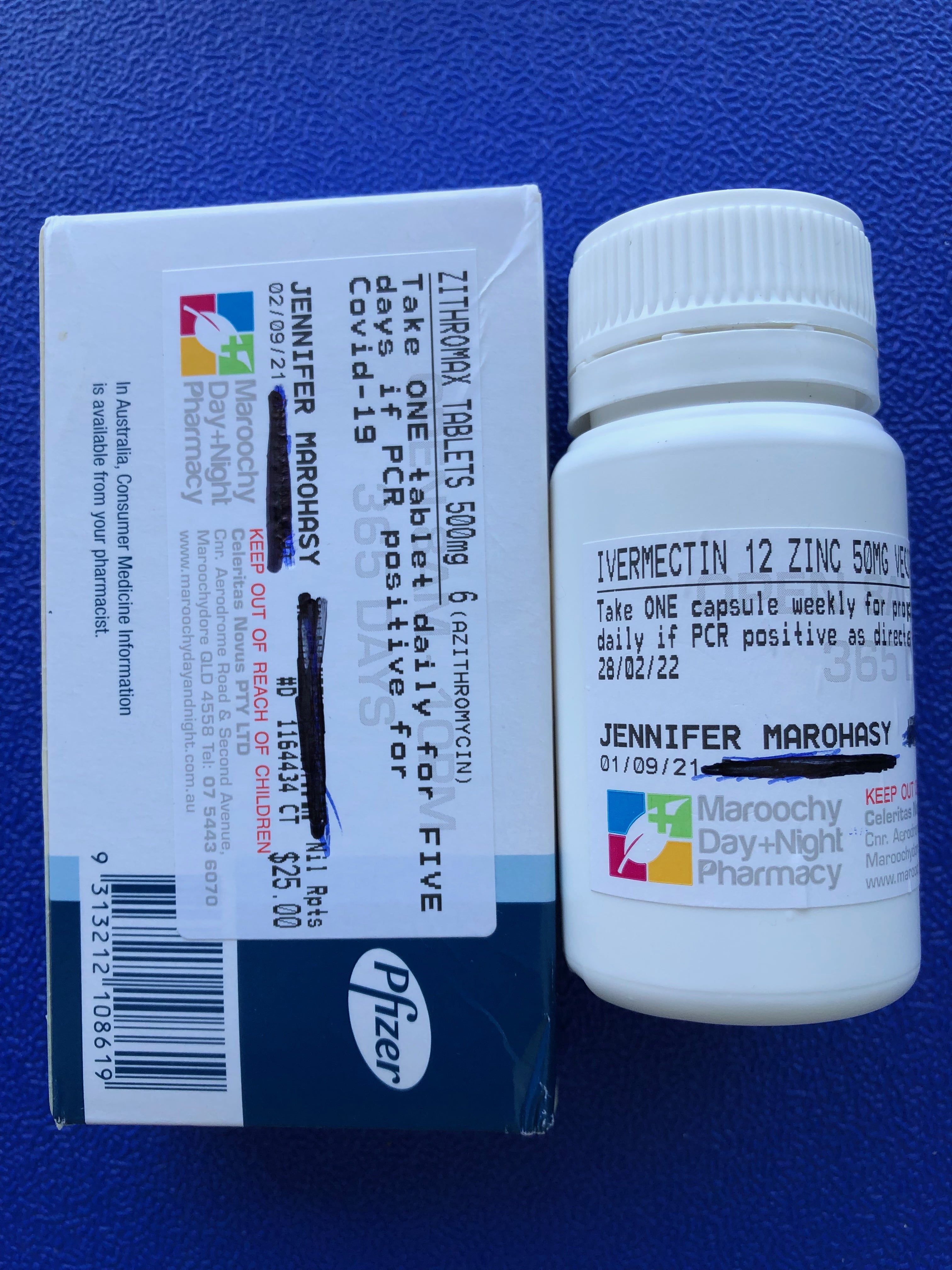 I’ve just put a pen through the name of the doctor who prescribed the triple therapy (Ivermectin, Zinc and Zithromax) for me back in September, as either a prophylaxis or cure for Covid. That same doctor gave me the AstraZeneca vaccine. They are potentially complementary, according to that registered Australian doctor.

I got my tablets (see feature image) the week before they were banned by the TGA for use against Covid.

Should you have an informed opinion chances are you will be cancelled by one or more of the institutions. Indeed, that is what has just happened to one of Australia’s best-known cartoonists. Michael Leunig has just been sacked for questioning the government’s covid vaccine mandate.

A cryptic 39-word statement on the newspapers letters page last Monday said that they were “trialling new cartoonists”. The cartoonist confirmed to The Australian newspaper just yesterday that he was axed from his prized Monday editorial page position by The Age, after it dumped a cartoon in which he compared Daniel Andrews’ threat of “vaccine mandates” for Victoria to the famous Tiananmen Square vision of “Tank Man”, the Beijing dissenter who defiantly faced off against the Chinese government’s tanks in 1989.

We are all expected to just get vaccinated never mind that this potential solution might not be the best option for everyone. It could even turn out that there are long term consequences. When I gave my daughter antibiotics back when she was two years old, I thought I was doing the right thing, it was what my doctor recommended. Chances are that it had a negative effect on the development of both her teeth and her gut microbiota, with long term consequences. Not that I’m against antibiotics but sometimes they may exacerbate a problem, rather than solve it. If I had my time over again, I would have done some research, and probably dissented.

Right now, when it comes to best public health responses, I’m no expert, and neither is Rebecca Weisser but I think she makes some good points:

Overlooked by almost everyone is the possibility that the pandemic could end with an effective treatment. If there were an outbreak of plague (which still exists in parts of the US and Africa) would the Australian government lock down the country because there’s no vaccine? Let’s hope not since there’s a perfectly effective antibiotic to treat the Black Death. When HIV emerged in the 1980s, there was no vaccine to prevent it. There still isn’t. Yet Aids-related deaths have been reduced by over 60 per cent, thanks largely to effective treatment.

The first essential element in responding to any pandemic is not a vaccine, which does nothing for people already infected, it is treatment. Indeed, an effective treatment reduces the circulation of a virus reducing the chances of mutations and makes a mass vaccination program safer and more effective.

It is to Australia’s credit that one of the most effective treatments was identified at Monash University along with the Doherty Institute which showed that ivermectin kills the Sars-CoV-2 virus within 48 hours. Yet to our national shame, the researchers have been starved of resources and the discovery ignored.

Not so in Indonesia where an enterprising philanthropist, Haryoseno, leapt into action and made ivermectin available to the masses for free or at low cost. As a result, Indonesia has had an extremely low Covid mortality rate. That is until the Ministry of Health decided, in line with the WHO’s recommendation, that ivermectin would only be used in a clinical trial. Haryoseno has been threatened with a fine and a ten-year jail sentence and the supply of ivermectin has dried up. Result? Deaths per million have increased five-fold since withdrawal of ivermectin on 12 June.

In Australia, one of the few doctors brave enough to use the drug to treat patients and save lives, Dr Mark Hobart, was reported to the Australian Health Practitioner Regulation Agency (AHPRA). Thankfully, AHPRA advised that there had been no infringement. Indeed, federal Health Minister Greg Hunt wrote to one of the doctors in Australia who prescribes ivermectin confirming that he was aware that some physicians are prescribing ivermectin off-label for Covid and that they were quite within their rights as the practice of prescribing registered medicines outside of their approved indications is not regulated or controlled by the Therapeutic Goods Administration (TGA)*, it is at the discretion of the prescribing physician*. Yet the silence persists. Ivermectin is the drug that dare not speak its name.

Some doctors prescribing ivermectin* are members of the Covid Medical Network. They can be contacted via their website and provide prescriptions for prophylaxis and treatment anywhere in the country (covidmedicalnetwork.com). Many follow the protocol established by world-renowned researcher Dr Thomas Borody who, largely at his own expense, has run a trial of an ivermectin triple therapy which has shown a reduction in mortality of 86 per cent in patients who were seriously ill with Covid. The only patients who died in the study – which has been published on preprint server medRxiv – were those that declined treatment.

Demonstrating the complete lack of urgency with which it treats repurposed drugs, the TGA last updated its advice on ivermectin on 1 June. It claims that there is currently insufficient evidence to support its safe and effective use. Yet since 1 June results of 15 new trials and meta-analyses of ivermectin have been published almost all showing steep declines in mortality. The question that the TGA has to answer is how is it possible to approve an experimental gene therapy vaccine with plummeting efficacy, significant short-term safety signals and unknown longterm side effects and yet not recommend a drug with an outstanding safety profile, which is supported by Nobel laureates and multiple randomised controlled trials?

* This situation has now changed, it is now illegal to prescribe Ivermectin for the prevention or treatment of Covid in Australia. And if you are a cartoonist of some standing dare not question the logic of this, or the vaccine mandate.