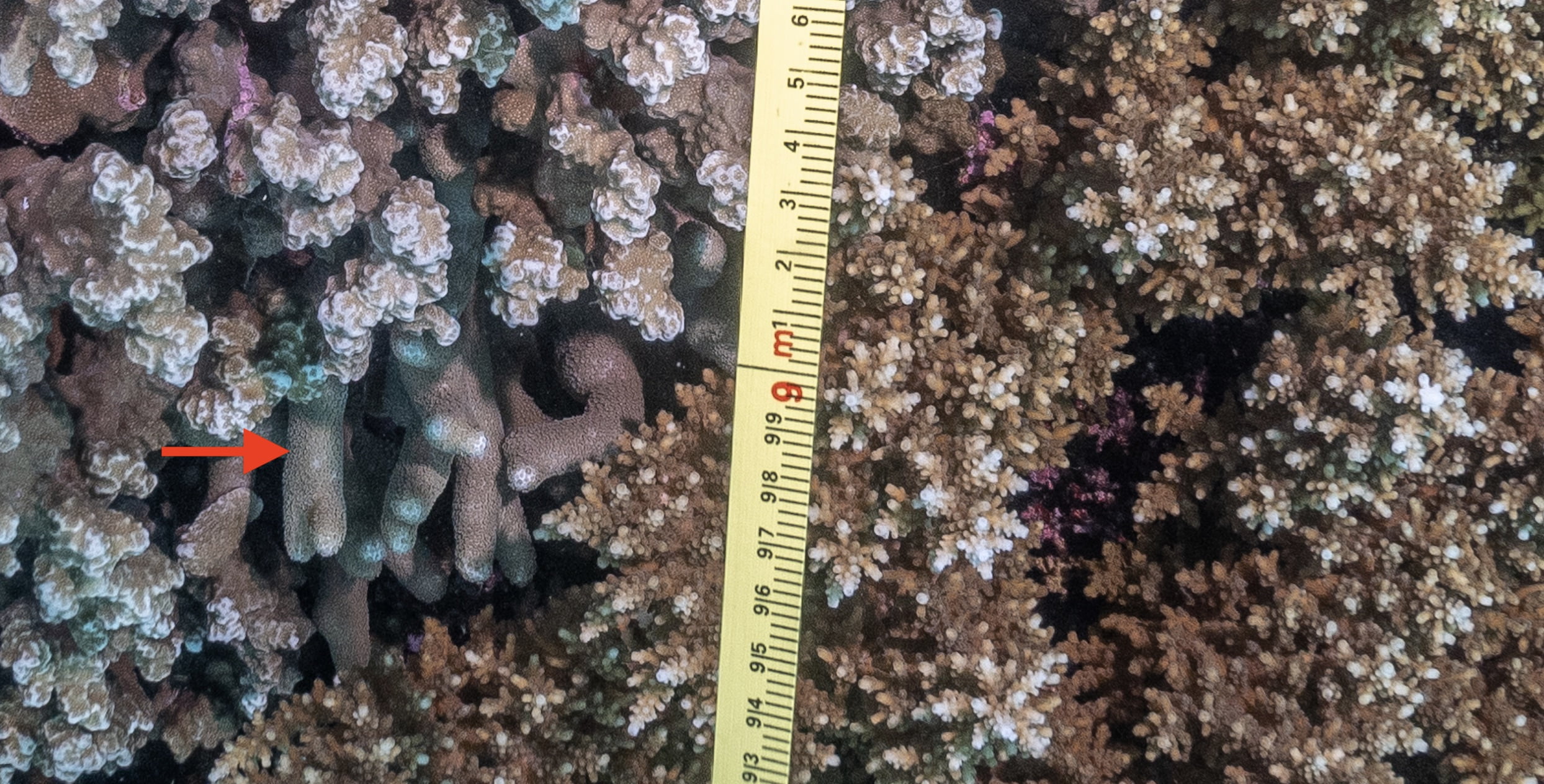 Everyone loves the Great Barrier Reef, particularly its corals. Everyone knows that a reef has different species of coral. But how many species should an average inshore reef have? How many corals are there at Pixie Reef, which is so close to the city of Cairns.

Such inshore reefs are apparently in terminal decline.

Flying at 150 metres altitude above Pixie Reef on 22nd March 2016 Peter Ridd’s nemesis, Terry Hughes, classified this reef as more than 65% bleached. This result was incorporated with flypasts from other reefs and reported by the media around the world as the Great Barrier Reef being more than half dead. But the names and numbers of the actual coral species that were bleached was never recorded.

School children around the world are now taught, based on the work of Hughes and others, that there is a need to fundamentally reject current sources of energy and many of our freedoms, in order to avoid mass ecosystem collapse — most specifically of the Great Barrier Reef. In short, the flypasts have become a source of Ativan great anxiety and a reason to support an economic and social reset.

I first visited Pixie Reef with marine biologist Stuart Ireland on 25th November 2020. Stuart suggested we dive Pixie because we didn’t have much time to test a method for measuring the diameter of the massive bolder corals that have growth rings like tree rings before leaving for a week at sea. We went back to Pixie reef in February 2021, again because it was conveniently close to Cairns, and I wondered how much photographic and video data on that one small reef we could gather via transects in just two days. Two days was as far was my budget would stretch at that time.

I wasn’t particularly surprised that we found the reef in such obviously good health and without bleaching, despite being listed in the supplement to an article in a most prestigious of marine science journals as mostly bleached. Indeed, there is no longer a good correspondence between what is reported in newspapers or scientific journals and reality when it comes to coral reefs.

From the two days of diving, and thanks to the hard-work and expertise of both Stuart and underwater photographer Leonard Lim, I came away with 36 video transects and also 360 photographs taken at regular intervals along 36 x 10 metre transects across three habitats: back lagoon to 11 metres depth, front of the reef to 6 metres, and also at the shallow reef crest. Each of these 360 photographs has been uploaded at my ‘Pixie Reef Data Page 2021’. The videos will be incorporated into a documentary film about Pixie Reef.

This reef may have experienced some bleaching in March 2016 — coincident with a period of minimum lunar declination and a super El Nino. But I am unaware of any photographs or video taken at that time that document in any systematic way the extent of the bleaching. And to reiterate, it is unclear which species of coral bleached. My 360 photographs were taken five years after the acclaimed bleaching of 2016. These photographs, from February 2021, suggest Pixie reef has recovered from that cycle of bleaching.

I hypothesis that this coral reef will bleach again in the summer of 2034/2035, so in about 13 years time corresponding with the next period of minimum lunar declination which I forecast will contribute to a super El Nino.

In the meantime there is perhaps an opportunity to document the number of species of coral at Pixie Reef that I hypothesis will increase over this next ten year period. In short, I’m curious to know how many coral species there are at Pixie reef for this moment in time, and if the number increases at least until 2034.

Does anyone want to guess how many different species of coral are in just the nine photographs (shown above), that are part of Table 2.1 at the Pixie Reef Data Page 2021.

Does anyone want to guess how many different species of coral might be listed for this inshore reef as at February 2021 when all the photographs are assessed? I want to know out of curiosity, and also because these same corals are essentially denied by the experts who have told the world that such coral reefs are so badly bleached they are to be pitied rather than acknowledged. Interestingly, Peter Ridd also has little time for such coral reefs, referring to them in his book (Reef Heresy) as the “mediocre fringing reefs” simply because they are “inshore reefs”. Yet as I will show, Pixie reef is not only incredibly biologically diverse but also beautiful.

I want to show and quantify this diversity, and also I’m most curious to know how long the list for the back lagoon will be, relative to the crest. At the moment the experts make no distinction between these very different habitat types at the one inshore reef when they lament coral bleaching in the popular press.

It is going to be a lot of work classifying all the species in the 360 photographs. But not impossible because the original photographs are of such high quality, providing extraordinary resolution at the scale of the corallite. Then there are such wonderful resources, including the three volumes of Charlie Vernon’s ‘Corals of the World’.

This research is funded by the B. Macfie Family Foundation through the Institute of Public Affairs. All images are from photographs taken by Leonard Lim at Pixie Reef on 22nd or 24th February 2021.