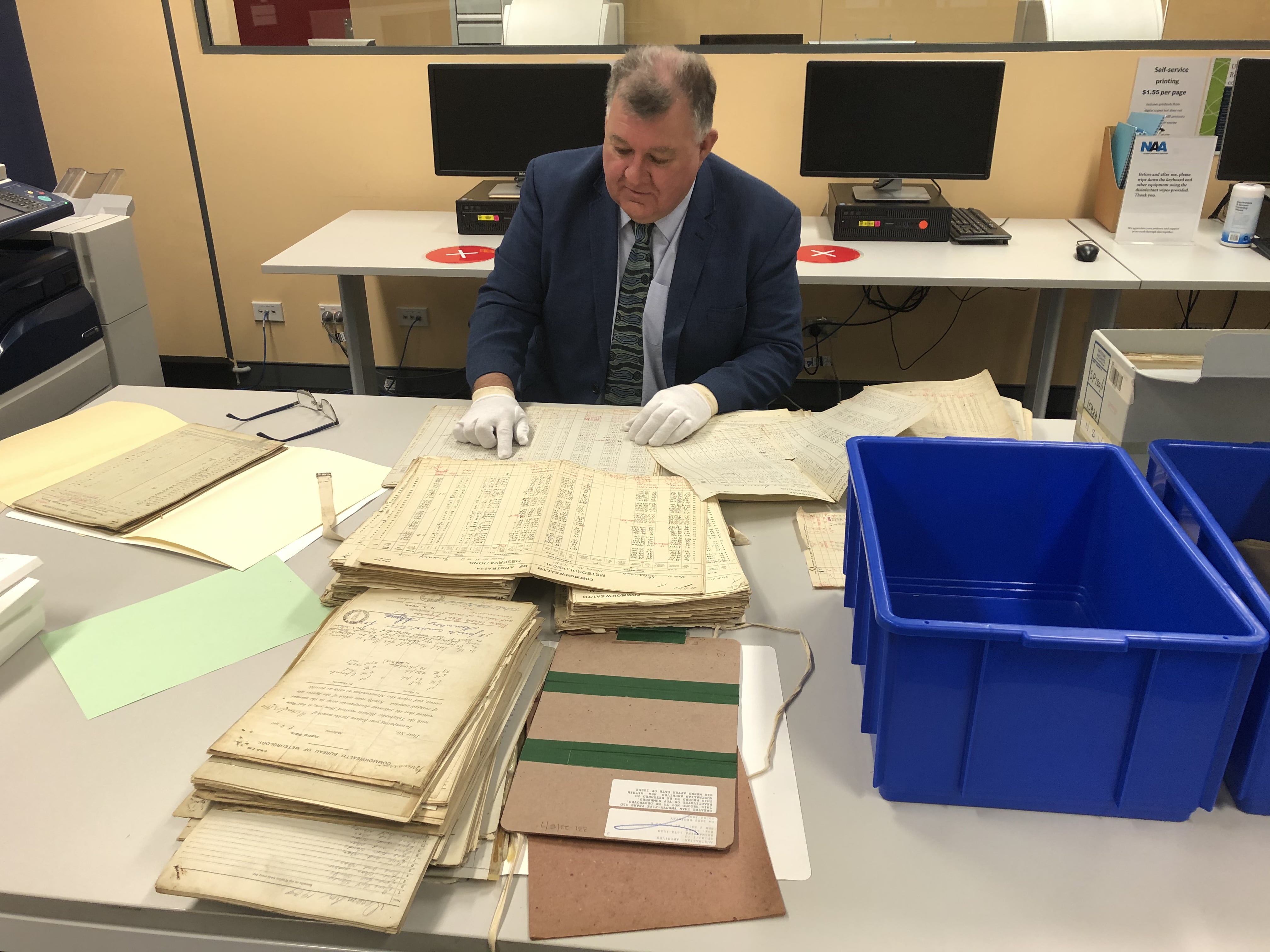 Craig Kelly has a huge following on Facebook. His daily posts were ‘liked’ and ‘shared’ by thousands, until he was blocked – disallowed, censored. His page is still there. He just can’t post anything. The banner at the top of his page says:

Today’s truth is frequently tomorrow’s error. There is nothing absolute about the truth … if the truth is to emerge and in the long run triumph, the process of free debate – the untrammelled clash of opinion – must go on.

Last Tuesday, on 23rd February 2021, he handed his letter of resignation to the current Prime Minister, Scott Morrison. That was in the Great Hall of the Australian Parliament in front of the joint party room: 110 Senators and Members of the House of Representatives belonging to the Liberal and National Parties.

He has been a member of Parliament for over a decade, and he does make close friends. In making the speech that he did at 11.20 am that morning/Tuesday morning, Craig knew he would be losing some of his closest friends, and perhaps forever.

Craig phoned me yesterday to chat about it – while he packed up to leave Canberra after a tumultuous week. He was heading home: back to Sydney where he lives. But there is no refuge anywhere for Craig. Just two weeks ago, during a home invasion, someone flew the Islamic flag from his bedroom window and photographed it there while accusing him of being a supporter of the caliphate. Also recently, he was accused in the Sydney Morning Herald of being anti-Semitic because he described Dr Zev Zelenko as having a long Jewish beard. That is a fair description of the physical appearance of the American doctor who has recommended the drugs Hydroxychloroquine, Zinc and Azithromycin as a treatment for Covid. Craig is actually a fan of Zev’s – on the public record as describing Zev as a true hero, and someone from whom he (Craig Kelly) draws strength, courage and inspiration.

Craig likes people, and people of all ethnicities. He grew up in the 1970s, with a father who travelled the world buying wholesale for his successful furniture business in south western Sydney. Craig got to go on some of these overseas adventures: down the back streets of far-flung places from Hong Kong to Istanbul, where his father would seek out, not only the best business deal, but also the best of the local foods – especially the sweets.

Like his father, Craig cares about small business and also people, and their capacity to make their own decisions about how they furnish their home, what they choose to eat, and what medications they choose to take or reject. In his letter of resignation given to the Australian Prime Minister on Tuesday Craig wrote:

I acknowledge that some of my conduct over recent months has not helped … has made it difficult for you and the government. However, at all times I have acted upon my conscious and my beliefs – not political expediency.

My goal has only been to save lives and ensure that my constituents and all Australians, were not denied access to medical treatments if their doctors believe those treatments could save their life.

Craig was censored by Facebook for posting a quote from Professor Tom Borody who advocates Ivermectin, when combined with Doxycycline and Zinc, as an early treatment for Covid. Professor Borody is another of Craig’s heroes: recognized worldwide for his innovative clinical work and research into complex gastrointestinal disorders and infective disorders.

Another professor, probably Australia’s most senior immunologist, Robert Clancy, has also suggested there are alternatives to vaccination for the treatment of Covid. In a recent interview on ABC radio Professor Clancy made mention of a recent scientific review that summarises 43 different studies on Hydroxychloroquine, concluding that:

So, why is Facebook banning Craig and why did the Australian Prime Minister’s Office ask that Craig Kelly remove – that he delete – 20 previous Facebook posts?

It was reported by The Guardian newspaper that up to 70 posts had disappeared from Craig’s Facebook page – the inference being that he/Craig had deliberately deleted them.

Craig has told me that all his Facebook posts are still there, and he has no intention of removing any of them. Craig tells me that he stands by everything that he has written on Facebook as accurate and correct. He acknowledges that others may disagree, and that he is keen to discuss why, especially with reference to clinical trials and published scientific papers.

Craig acknowledges that he is neither a scientist nor a doctor – but rather a politician with a keen interest in these issues who will always make-up his own mind based on reading and consulting widely. I know from personal experience that Craig will spend hours discussing detail and seemingly anomalous results always in search of the truth. Craig and I both enjoy the technical, and we both like puzzle solving.

My expertise, and most recent peer-reviewed published papers, are in climate science. Craig has been known to text me at midnight, asking for clarification about some detail pertaining to how air temperatures are measured and/or the historical temperature record for Australia remodelled/homogenised by the Australian Bureau of Meteorology.

Craig attempted to raise the issue of the world’s longest heat wave record in the Australian parliament a couple of years ago. Specifically, Craig was attempting to draw attention to how the historical observations/temperature measurements have been changed, and how the values as originally recorded at Marble Bar between 31 October 1923 and 7 April 1924 have been adjusted down.

When the Australian Bureau of Meteorology cools the past – as it does with most of the 112 temperature series used to construct the official statistics – current temperatures appear hotter. The remodelling of Marble Bar has, to quote Craig, also robbed Australia of the world’s longest heatwave record. This now goes to Death Valley in California.

Whether it is climate science or medical science, Craig revels in the detail. It is his current inability to communicate this detail, or to defend himself against accusations that he is promoting unproven treatments for Covid, that left him with no choice but to resign from the government on Tuesday.

He made up his mind last weekend. He finished drafting his letter of resignation to the Prime Minister Monday night. He also wrote a letter that same night to the Speaker, informing him of his resignation and asking for a reallocation of seating in the chamber and that he be given indulgence to address the house/the parliament.

The first thing the Prime Minister asked Craig when he gave him his letter of resignation was, ‘Why didn’t you tell me first’.

Had Craig told Scott Morrison of his intension to resign first, Craig believes that the Prime Minister would have denied him the opportunity to address his colleagues that morning in the joint Party room. There was nothing more important to Craig, than what he calls ‘eyeballing’ his colleagues, and explaining his decision: a most difficult decision – to leave the team, the government – his government.

Looking people in the eye, and having a firm handshake are both characteristics of Craig Kelly.

They are traits I so remember of my father, who like Craig’s father, travelled the world through the 1970s – but as an agricultural scientist working on international aid projects. Dad would often take me with him, and I also got to eat the most delicious foods. Dad liked his sweets, but also the hottest chilli sauces in the back streets of Jakarta.

I never got to meet Craig’s father, but I did go to his funeral, out of respect for Craig.

Craig Kelly is a good friend of mine, and his particular perspective on alternative treatments for Covid are worthy of scrutiny. And like Craig, I am of the opinion that the Covid vaccines now being rolled out across Australia may not be the best choice for everyone. More than anything else, just like the flu vaccines, it should be up to the individual whether they choose to be vaccinated – or not.

Update 31 May 2021
David Archibald just published this data on Ivermectin and ‘whole of country trials’ that backs up what Craig has been asking for … choice in terms of what we can use to prevent and/or treat Covid, there should be more options than just vaccine:
https://wentworthreport.com/ivermectin-whole-of-country-trials-in-real-time/

Writing in the Mountain Home magazine, Michael Capuzzo has put together a compelling narrative in support of Ivermectin that is also damning of mainstream medicine and their ability to act in the best interests of the individual when it comes to the oh-so political Covid-19: https://www.mountainhomemag.com/2021/05/01/356270/the-drug-that-cracked-covid