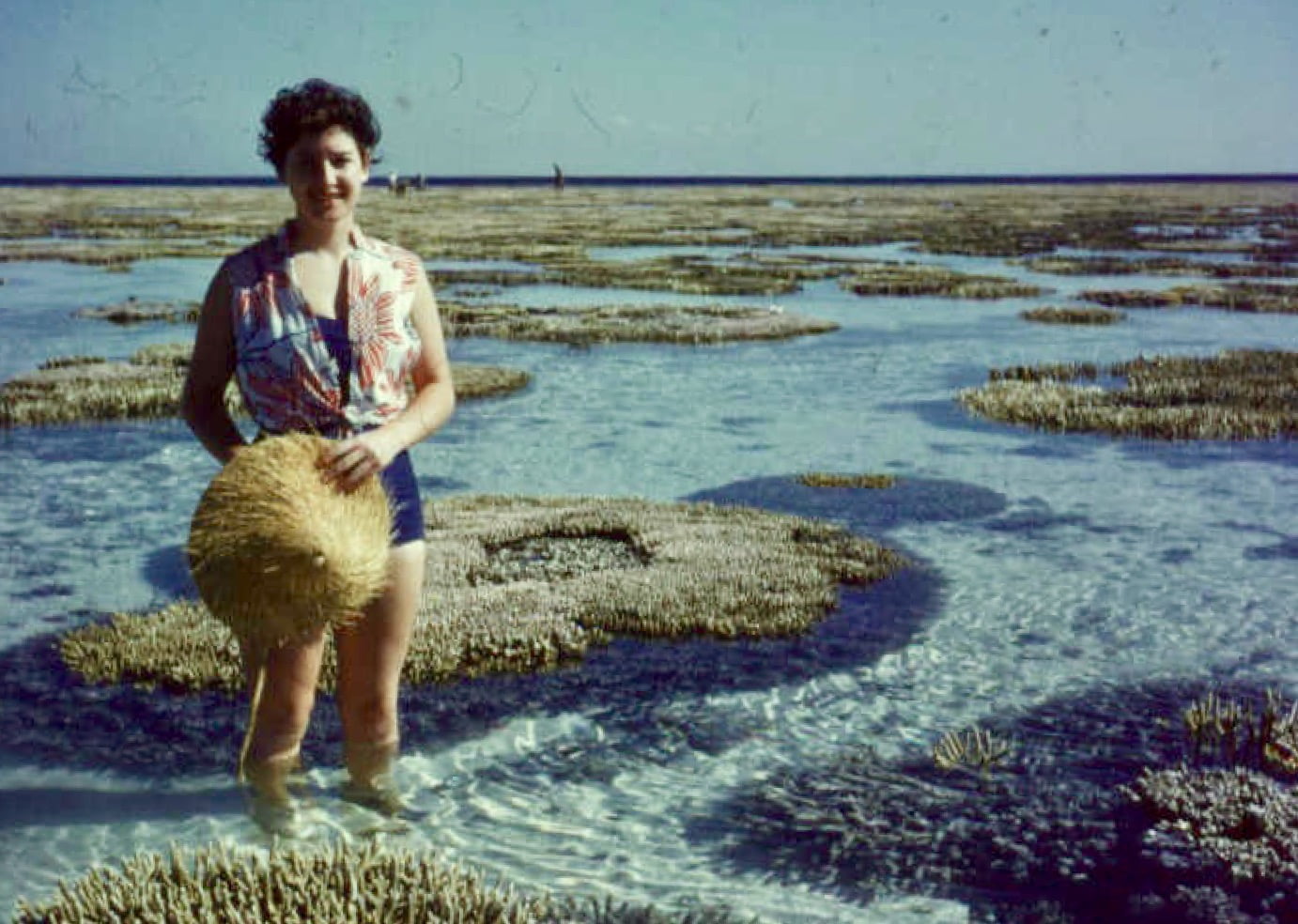 There are photographs of my mother, then Joan Edith Pearce, standing knee deep surrounded by Porites coral micro atolls that are stunted and bleached. I showed one of these at my talk entitled ‘Climate Change Concern’ at the Maroochydore Surf Life Saving Club on 14th July. This has now been made into a YouTube:

The growth of corals back in 1955 at Heron Island was constrained by their inability to continue to grow-up, because sea levels were not rising. This continues to be the situation today — despite what you might to be told on the nightly news.

In fact, a peer-reviewed technical paper by L. Scopelitis et al. published in the journal ‘Coral Reef’ (2011) and rather curiously entitled ‘Coral colonisation of a shallow reef flat in response to rising sea level: quantification from 35 years of remote sensing data at Heron Island, Australia’ explains that the period 2002 to 2007 has been the most constrained for Heron Island corals since at least 1940. This is apparently because they have reached their vertical limit for growth, and there has been no sea level rise.

The single biggest threat to the Great Barrier Reef is sea level fall. Sea levels did fall some 30 centimetres during the recent super El Nino event of 2015/2016 as I explain in the YouTube presentation.

This is not a large amount considering that the tidal range at Heron Island on any one day can be anything from 1 to 3 metres.

But 30 centimetres is enough to result in bleaching of the top 30 centimetres of a coral that may be subject to sunshine on the exposed reef flat for perhaps an hour.

Heron Island is a coral cay that formed perhaps 6,000 years ago, perhaps following a violent storm when a large pile of coral rubble and broken shells was left above the high tide mark. It has grown since then.

The incident of bleaching due to low sea levels associated with El Nino events has been documented at other Great Barrier Reef islands back 3,000 years by Helen McGregor at Wollongong University.

I’m specifically thinking of her paper entitled ‘Coral micro atoll reconstructions of El Nino-Southern Oscillation: New windows on seasonal and inter annual processes’, which was published in the journal ‘Past Global Changes’ (volume 21) in 2013. By dissecting micro-atolls — the type shown in the picture of my mother at Heron Island back in 1955 — it is possible to understand that sea level has been a constraint to coral growth at the Great Barrier reef for at least this long: at least 3,000 years.

The distinctive micro-atoll form is a result of continual exposure to heat and sunlight at extremely low tides, which result, of course, in low sea levels.

I’m leaving Noosa tomorrow for the Great Barrier Reef. If you would like to be updated on my work there — with a drone pilot and underwater photographer — considering subscribing for my irregular email updates:https://jennifermarohasy.com/subscribe/