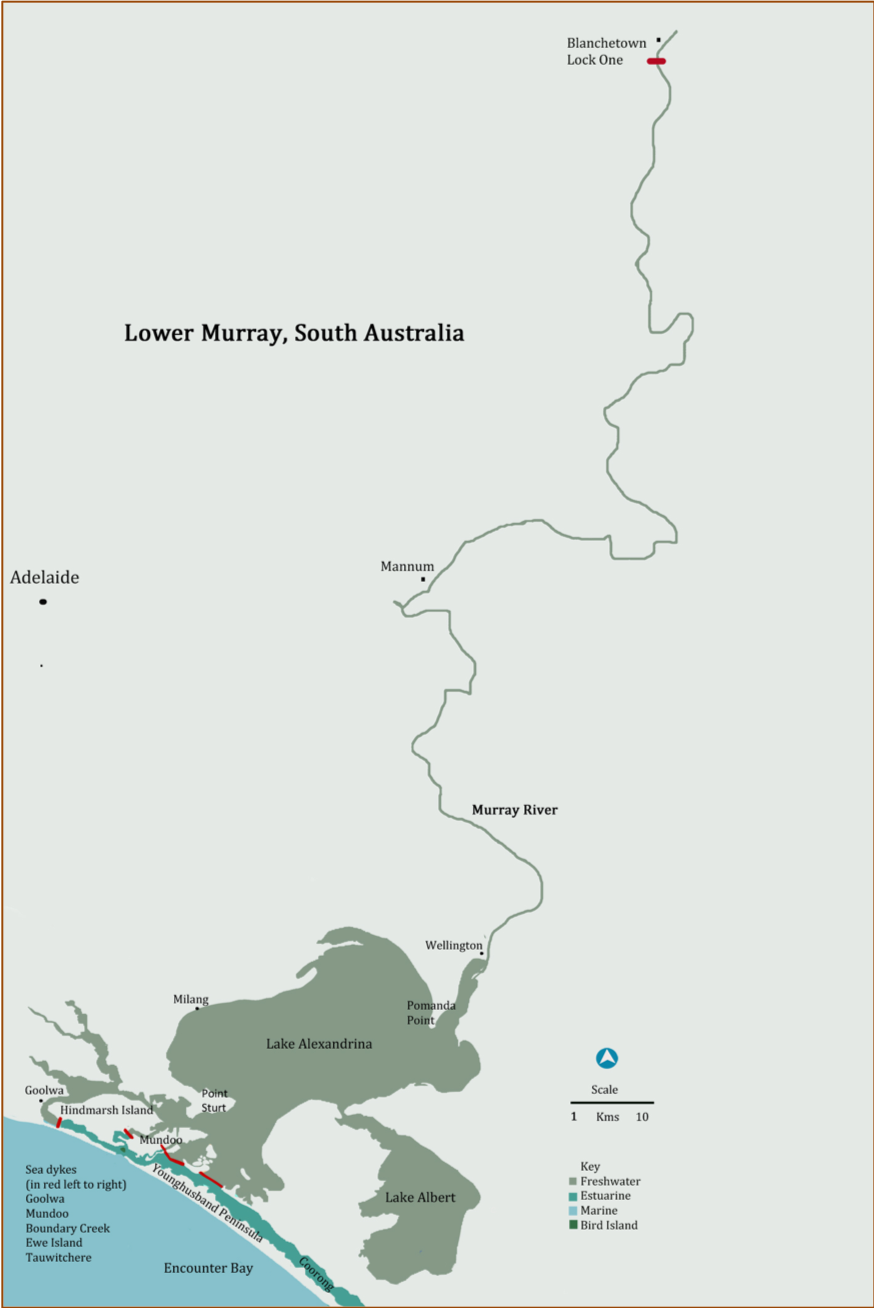 RECENT billion-dollar plans for the Murray Darling Basin have never been about the environment. Rather they have been about special interest groups doing deals through constant negotiation, with commercial interests in South Australia generally trumping all others.

As Geoff Adams recently explained – with his newspaper article republished in various regional newspapers – Waterfront houses on Hindmarsh Island and its marinas sell for between $500,000 and more than $1 million. Some of this real estate has been planned around the marina where jetties are built to a fixed sea level height, never mind that without the barrages the lake is a naturally tidal estuary, that could be swamped by global warming.

I could go on … but suffice to say there is nothing sustainable about any of the planning for so many years for the precious fresh water from upstream.

Any rational solution must begin with the dismantling of the 7.6 kilometres of barrages built in the 1930s in an attempt to convert the Murray River’s estuary into a play lake for Adelaide’s elite … to go yachting and water skiing. I’ve written about this many times, including in a 2012 report, which can be summarized:

The Australian Government’s $10 billion tax-payer funded plan to save the Murray-Darling by channeling water from upstream water storages and flood plains to the Lower Lakes, Murray’s mouth and Coorong, is based on a false premise; a misunderstanding of the fundamental nature of the Murray River’s estuary and the coastal processes that continue to shape it.

The Murray River’s estuary was formed 7,000 years ago during a period of rapid sea level rise. It was in an intermediate stage of evolution with the central lagoon developing from intermittently closed to fully tidal, when in the 1930s, sea dykes/barrages were built between the island, just to the north of the sand peninsula and the narrow entrance to the Southern Ocean.

These sea dykes dammed the estuary, stopping the tides, and made the lagoon/Lake Alexandrina totally dependent on Murray River flows. After the Mundoo channel was blocked through the construction of that barrage, sand that shoaled around the Murray’s mouth consolidated creating a new island, Bird Island.

Long-standing government policy and vested interests preclude discussion of the coastal processes that are growing Bird Island that may one day permanently block the Murray’s mouth… inevitably flooding the marina at Hindmarsh Island, and its associated expensive real estate.

Back in 1856, South Australia’s Surveyor General George Woodroffe Goyder recognised the potential of the Mundoo channel to scour the Murray’s mouth. He suggested the natural process of deepening and widening of the Murray’s sea mouth be enhanced by cutting though the rock bar across this channel thus further concentrating tidal water inflow and river water outflow. Instead, over the last 156 years government policy has worked to stop the tide and block the channel – but it’s not too late to change direction and restore the estuary and bring back the tide.