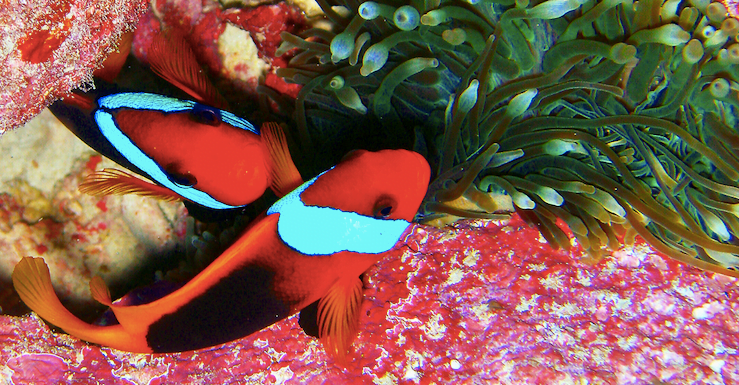 EARLY last year a professor of physics at James Cook University was sacked – after a successful career spanning some forty years. Peter Ridd had won many university awards, including the inaugural ‘Supervisor of the Year’, presumably nominated by one or more of his thirty-something PhD students. He published over 100 scientific papers and earned the university millions of dollars through consultancies. Some claim that it all came to a sorry end because he dared to question the consensus of scientific opinion concerning the health of the Great Barrier Reef – particularly the impact of global warming. The university claims it was because he had become “un-collegial” and did not follow various directives while disclosing confidential information. These issues will be argued in the Federal Circuit Court in Brisbane on Tuesday, when the matter is heard by Judge Salvatore Vasta. Very few people realize that at the heart of the case are a couple of what might be best described as “fake-news” photographs.

If Peter Ridd had become un-collegial and disclosed confidential information, it was because he was fed-up with the fake-news many of his colleagues continued to spread. As he wrote in chapter 1 of the book that I edited two years ago, a chapter entitled ‘The Extraordinary Resilience of Great Barrier Reef Corals, and Problems with Policy Science’:

“I [Peter Ridd] have carried out half-a-dozen audits on some of the science claiming damage to the Great Barrier Reef, and in every case I have discovered serious problems.”

Ridd was censored a final time by the University soon after the book chapter was published, and then, when he refused to remain silent about this, he was sacked. His first censoring by the University had been two years earlier, just after he sent Peter Michael, a News Ltd journalists, photographs that showed spectacular and healthy corals growing off Stone Reef not far from Bowen in Central Queensland.

Ridd has spent his entire university career studying the reef – the first decade as part of a team measuring water quality in the inner Great Barrier Reef, including port facilities and river mouths. Ridd was responsible for the invention of three instruments, all built at the Marine Geophysical Laboratory at James Cook University and concerned with measuring the muddiness, technically known as turbidity, of water.

His colleagues, Piers Larcombe and Ken Woolfe, published several seminal papers concluding that the turbidity of the inner reef waters is controlled by the size of the waves varying with the wind and weather, not adjacent land use.*

Yet the popular message from prominent scientists has been that sediment from farming and mining is killing corals. In particular, the “before and after photographs” of Stone Reef have been acclaimed and were promoted by Terry Hughes of the ARC Centre of Excellence for Coral Reef Studies as evidence that sediment has destroyed the fringing coral reefs off Stone Island.

The photographs have now become an iconic symbol of reef ruin, but as Ridd wrote to journalist Peter Michaels:

“I have always been highly sceptical of these photographs … My own work has shown that this explanation is virtually impossible especially for locations such as this. In addition it does not take account of the fact that these inshore reefs can change dramatically with time especially with the passage of cyclones which can temporarily obliterate them. Ten years after a cyclone they may have fully recovered.

“The presentation of the photographs also gives us the impression that we know where the original 100-year-old picture was taken. In fact, we can only guess within a kilometre or two, and in this area it would not be unusual to find great coral in one spot and nothing a kilometre away. The selection of the position of where the modern photo was taken can thus decide what message we see. Finally, seeing dead reef does not necessarily mean that it died recently. In fact there are literally hundreds of square kilometres of dead reef-flat on the GBR which was killed due to the slow sealevel fall of about a meter that has occurred over the last 5000 years. This has left a lot of coral high and dry at low tide which kills the coral. It is easy to take a picture of a dead reef, but it does not mean it died recently.

“A month or so ago I decided to see if there was good coral in the area that these pictures were taken so I asked a couple of my field technicians to take some photographs in the area with the same island backdrop as the two original pictures. You will note that there is spectacular coral living there – at least in many spots within the area that the original photos were taken.” End quote.

I am quoting extracts from the email that Ridd sent to Peter Michael three years ago. He also commented in that email:

“Any decent marine scientist or boat owner around Bowen, could have told you there is lots of coral around Bowen and that it is spectacular.”

Rather than investigate, Peter Michael sent the photographs and correspondence from Ridd to Terry Hughes, the scientist who had been claiming these same corals off Stone Island were all dead. That correspondence was immediately passed to university administrators, and then used to censor Peter Ridd for being un-collegial. This began the process which eventually resulted in Peter Ridd’s sacking last year, in early 2018.

Seeing is believing, yet the truth in the 2015 photographs showing healthy corals was ignored.

I’m hoping that Peter Ridd’s correspondence to journalist Peter Michael will be tabled in the Federal Circuit Court this week for all to see, and for all to judge. There is no need of scientific qualifications to see that there is still spectacular fringing coral reef around Stone Island.

This is but one example of the fake news continually propagated about the imminent demise of the Great Barrier Reef.

Sixteen years ago, I wrote about how a naturally occurring dioxin was incorrectly classified as a pesticide from sugarcane farming and then blamed for the death of two dugongs that had been killed in fishing nets.

A two-year investigation by the National Research Centre for Environmental Toxicology concluded that this specific dioxin was common in soils along the entire Queensland coastline, and predated the era of European settlement … however, the fake news about “pesticide kills dugongs” continued to be repeated by the media and was added to a key report by Queensland’s then Chief Scientist, Dr Joe Baker.

The litany of false claims when it comes to the Great Barrier Reef is as spectacular as the many healthy clown fish that continue to amuse and entertain anyone who dives into its warm waters.

I’m hopeful that Peter Ridd will win his case this week, but it is likely to be argued on the basis of an academic’s right to intellectual freedom. It is unclear how much evidence about the actual state of the Great Barrier Reef will be heard – if any.

If Ridd wins, the assumption may be that this academic is nevertheless wrong in detail – and the Great Barrier Reef is ailing, if not from bad farming practices then from catastrophic human-caused global warming. To report that the Great Barrier Reef may be in good health – or at least that the fringing corals off Stone Island have not been harmed by farming – would be to admit that much of what has been reported over recent decades is fake news. It is. Fake news, and sometimes accompanied by fake photographs.

* Specifically, the prevailing south-easterly trade winds have a dominant influence. The wind and resulting waves produce a current that flows northward. The current traps sediment in north-facing bays because they are relatively protected from winds blowing from the south-east. Importantly, this research established that any additional sediment coming down the rivers will have no effect on the muddiness of the waters of the Great Barrier Reef.

One of the most important technical papers is ‘Increased sediment supply to the Great Barrier Reef will not increase sediment accumulation at most coral reefs’ by P. Larcombe and K.J. Woolfe in the journal Coral Reefs, volume 18, page 163-190, published in 1999.

Quoting directly from this technical paper:

“The interplay between coral reefs and terrigenous sediment along the inner-shelf of the GBR shelf can be discussed in terms of two principle components, sediment accumulation and suspended sediment (the latter being the main regional contributor towards turbidity). Sediment accumulation describes the increase in thick- ness of a sediment body, caused by addition of material at its upper surface. In this context, accumulation is a regional geological phenomenon, and has probably played a significant role in controlling the distribution of coral reefs within the GBR at various stages of sea level, primarily because accumulating sediments blanket substrates otherwise suitable for colonisation by corals.

In contrast, turbidity is a transient oceanographic phenomenon, that is temporally and spatially variable because it is largely related to physical forces acting on the sea bed. The role of turbidity in influencing the distribution of corals is thus also spatially variable, related to regional variations in turbidity regimes, and, also on a regional scale, is probably partly controlled by the location of accumulations of muddy sediments.

It is also necessary to distinguish between changes in the turbidity of rivers entering the GBR lagoon and changes in turbidity in the lagoon itself. Few coral reefs occur near river mouths, because of the high turbidity, rates of sediment accumulation, and low availability of suitable substrates generally associated with such environments.

… In most places on the inner shelf, the thickness of the sediment wedge means that there is ample (muddy) sediment immediately available for resuspension. Sediment availability does not limit the concentration of suspended sediment (and largely, turbidity) in the water column, rather the controls are hydrodynamic in nature.