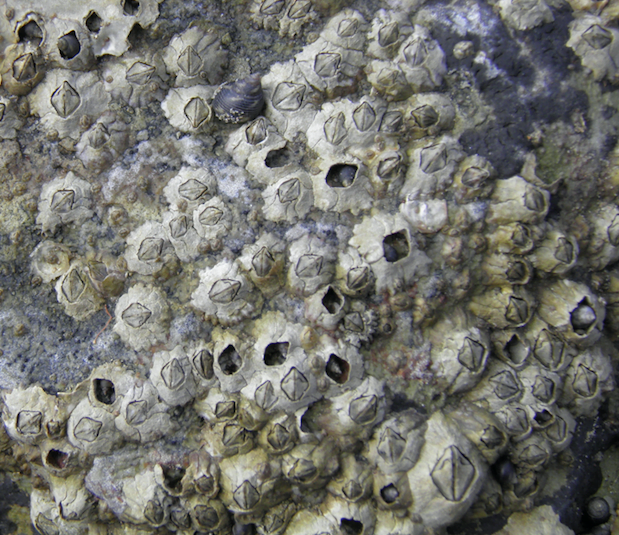 I lived for three years, from 2009 to 2012, in a delightful house just up from Lammermoor Beach with a view across to Great Keppel Island. Lammermoor Beach is part of the Mackay/Capricorn Management Area of the Great Barrier Reef Marine Park.

Like many of the beaches along north eastern Australia, Lammermoor is aptly described as a ‘low-energy shoreline’. This is because it is sheltered from the Pacific Ocean by the middle and outer reef.

Unlike southern Australian surf beaches, the sand is much grittier, and browner, because the sediment washed down from the Fitzroy river (just to the south) is not washed out to sea. Rather this sediment, which is estimated to accumulate at a rate of nearly 5 million tonnes each year from the Fitzroy River alone, is trapped within the inner reef – a region often referred to as the reef lagoon.

The southern end of Lammermoor beach is especially muddy. This is where the mangroves grow on the mudflats, that are interspersed with rocky shoals exposed at low tide.

Late in the afternoon, and especially at low tide, I could spend hours each day amongst the rock pools doing little more than inspecting the barnacles and watching the sun set to the west.

I remember once turning over a rock, which disturbed a small, metallic green Sowrie crab. It jumped clear of the pool of water, skidded across an oval of mud… straight into the beak of a Spur-winged plover. That afternoon, after gobbling the crab, the plover raised its head, looked into my eyes and called out kerr-kick-ki-ki-ki.

I do like these red-legged, yellow-faced shorebirds. They definitely preferred the muddier parts of Lammermoor beach. I often watched them strut about late in the afternoon, then suddenly stop – freeze, immobilized, as though paralysed – always in the same position with a front-leg bent, head-down, eyes focused on the mud, which often shimmers in the late afternoon sun.

Then just as suddenly as it became immobile, the bird would move again: specifically dip its beak into the goo, and pulls out a large worm.

The worms were always gobbled. After several worms the plovers would make that sound again, kerr-kick-ki-ki-ki.

The mud is always there, at the southern end of Lammermoor. But when the tide is in, and conditions are calm, you can’t see it. In fact, the water at Lammermoor Beach is often crystal clear, and from our house looks emerald green. That is when the breeze is blowing gently.

When the wind freshened, and especially when the wind moves more to the north east, and a swell picks-up – conditions sometimes associated with a low-pressure system – then the waters of Lammermoor Beach become muddy in appearance. The change can be dramatic from one day to the next depending on the strength of the wind and the height of the swell.

This is all consistent with what the marine geophysics have written about the Great Barrier Reef coastline, which includes Lammermoor Beach. Their peer-reviewed technical papers explain in great detail how this ‘bottom sediment’ is resuspended by ‘wave processes’. They also explain that the sediment has been deposited over thousands of years. The technical papers clearly explain that even if the ‘rate of terrigenous sediment supply’ has increased over the last 200 years due to human impacts on the catchments, there is already a lot of mud there. In fact, these same technical papers explain that it is not ‘the supply of sediment’, which determines the muddiness of the reef lagoon.

Yet integral to the last twenty years of Great Barrier Reef activism – especially immediately following the launch of the ‘Save the Great Barrier Reef’ campaign by WWF in June 2001 – is the false notion that before European settlement the waters of the reef lagoon were always crystal clear.

****
This blog post is just the second in a new series on the Great Barrier Reef and activism.