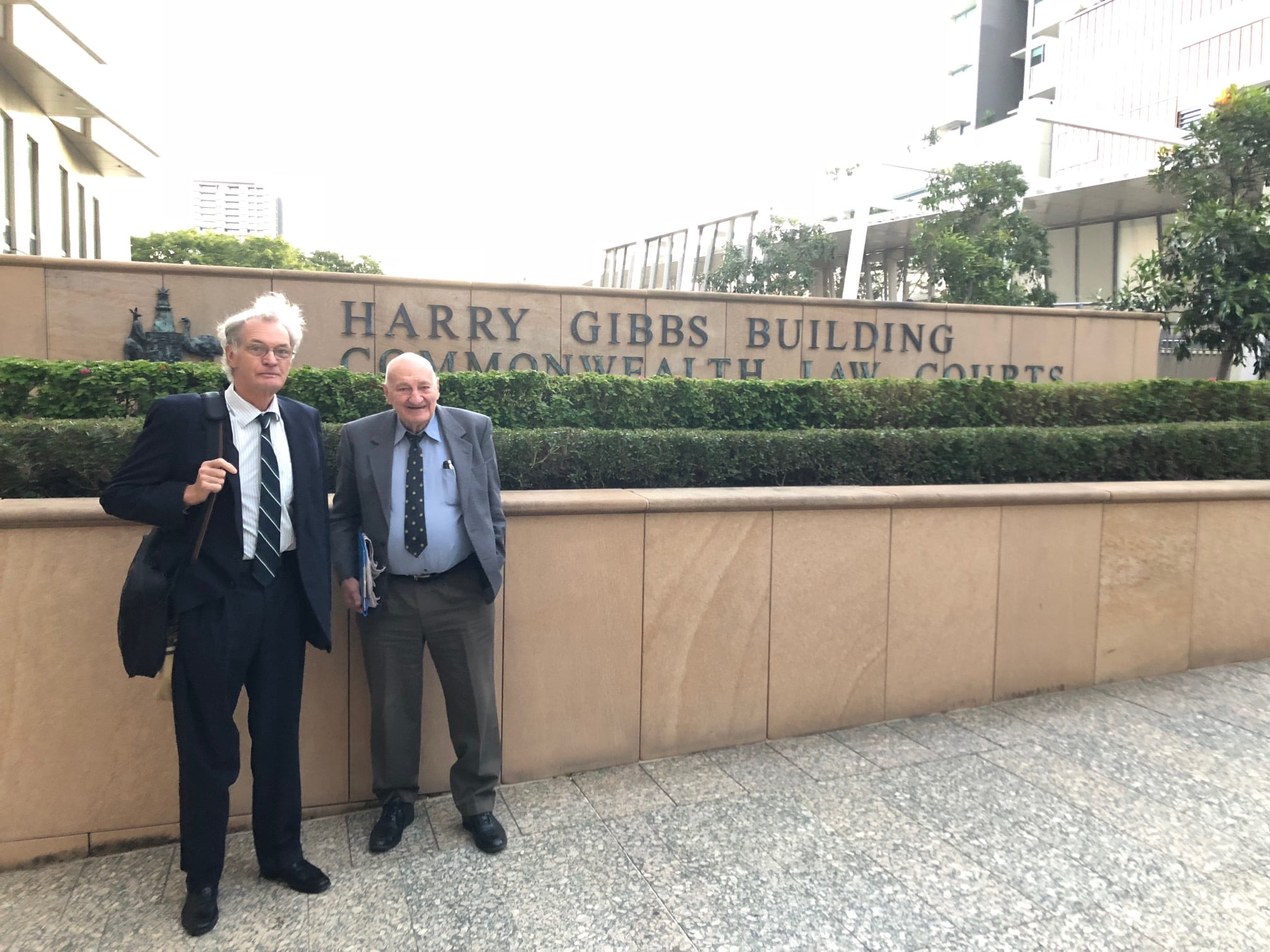 Dr Peter Ridd has taken James Cook University to court protesting his sacking for what he says is, primarily, speaking-out about the lack of quality assurance in Great Barrier Reef science.

Dr Ridd spoke out initially about there being no quality assurance of Great Barrier Reef science – science that is arguably misused to secure billions of dollars of tax-payer funding. When the University tried to stop Dr Ridd doing this, Dr Ridd spoke out against University management – making all the documentation public including on his new website.

I would really like the court case to be about academic freedom and the science – to lay bare the evidence. But when I went to the first day of the hearing of an application in the Federal Circuit Court last Monday (11th June – the hearing continued on 12 June 2018) for an order for reinstatement of Dr Ridd’s employment pending determination at trial, it quickly became evident that there would be no testing of the actual scientific evidence relied upon by Dr Ridd to claim that scientific institutions like AIMS and ARC Centre “can no longer be trusted” and “spin their story”.

Yesterday (19th June), Judge Jarrett gave his reasons for making orders declining to reinstate Dr Ridd but allowing him to amend his primary application to include a claim for the university taking “adverse action” against him for exercising a workplace right (i.e. his intellectual/academic freedom pursuant to the enterprise agreement). On hearing the reasons I was concerned to discover that it may all come down to poorly worded clauses in an enterprise agreement. In particular, was Dr Ridd allowed to exercise his academic freedoms free of the constraint of the university’s ‘aspirational’ (according to His Honour) code of conduct, and was he permitted to say anything publicly about what many ordinary Australians would consider a straight-forward case of the university bullying him into silence?

On the first day of the preliminary hearing Barrister Ben Kidston for the applicant (Dr Ridd) argued eloquently about how the case was about ‘academic freedom’. He went-on for over an hour moving from the big picture to the detail with respect to specific clauses in a code of conduct and the enterprise agreement, and back again. All the while His Honour and the audience listened intently – no one interrupted. Again yesterday, His Honour cited the poorly worded specific clause which the university has been relying on to silence Dr Ridd, and observed that it was open to two interpretations.

His Honour didn’t mention the Union. The National Tertiary Education Union has an interest in the enterprise agreement and like Dr Ridd, they say that the relevant clause in the agreement shouldn’t be used to silence the employee but rather, amongst other things, that the obligation of confidentiality only applies to the University’s management of the disciplinary process. Any other interpretation means that university academics would be obliged to suffer any disciplinary action by the University (legitimate or otherwise) in silence – they would never be able to publicly defend themselves in the court of public opinion, court proceedings being the only practical option. One wonders if the Union realises the implications to its members.

Yesterday, when His Honour gave his reasons for declining the application by Dr Ridd for an injunction – for his temporary reinstatement as a Professor at James Cook University pending the trial – he didn’t deal with many of the arguments advanced for Dr Ridd e.g. the effect of the clause of the enterprise agreement which states that the code of conduct is not to “detract” from the intellectual freedoms, the interaction of the express right to disagree with the University‘s decisions and processes pursuant to his intellectual freedom and the purported obligation to keep disciplinary proceedings again him confidential, whether a conflict of interest, apprehended bias or actual bias, exists by reason of the university’s commercial relationship with AIMS, GBRMPA and ARC and the effect that this has on the obligation to afford Dr Ridd procedural fairness and natural justice in the determination of the disciplinary complaint (which concerned comments he made about those bodies).

That is not intended to be critical of His Honour. His Honour took a broad brush approach and did not descend into the detail of the arguments and the evidence, as all His Honour was required to do was to ascertain whether Dr Ridd had a prima facie case, and not to decide the case itself.

Yesterday, His Honour found that Dr Ridd had an arguable prima facie case in relation to the alleged breach of the enterprise agreement by JCU and that it took adverse action against him, but that the balance of convenience did not favour his reinstatement pending trial primarily because:
1. an award of damages would be an adequate remedy if Dr Ridd was successful at trial; and
2. the university paid Dr Ridd the equivalent of six month’s pay upon his termination – so he was not presently without income to support himself and (it seems) that a trial would likely occur before the expiration of that six month period; and
3. Dr Ridd had previously turned down an offer of an undertaking by the university to suspend the disciplinary proceedings pending determination of the proceeding. It is important to note that that undertaking would have required Dr Ridd to remain silent about the disciplinary proceedings that had been taken against him by the university.

Of course, in making this determination the Judge was entirely ignoring (as he was entitled to) the very nature of Dr Ridd – a man of integrity who will not be silenced even if costs him his job, his career and results in vicious bullying.

When Christopher Murdoch QC for the respondent (JCU) argued on the first day of the hearing he explained that the University’s core issue was the breaking of confidentiality, in particular Dr Ridd was not allowed to tell anyone that he had been censured. Never mind that he had been censured for daring to speak out against a culture where scientific integrity is perhaps sacrificed for profit.

So, when I blogged about this issue of Peter Ridd being censured and the need for everyone to contribute to his GoFundMe Campaign back in May, I very deliberately emphasised the importance of being able to speak out. The most important thing, I wrote, is to not be silenced.

I was also thinking of the famous Edmund Burke quote: The only thing necessary for the triumph of evil is for good men to do nothing.

Dr Ridd has done something. First, he detailed the scientific facts as an expert on these issues including in the scientific literature. For example, there is his article published in Marine Geology (Volume 346, pages 392-399) in which he explains that the only reason Glenn De’ath found an apparent decline in coral calcification rates was because he didn’t consider the age effect on coral growth. This is just one of many instances when Dr Ridd has detailed how scientists make spurious claims based on a flawed methodology. More recently Dr Ridd has explained the consequences of this in plain English on television.

None of this has made him popular with his colleagues most of whom rely on perceptions of imminent catastrophe at the Great Barrier Reef for their relevance and certainly their funding. Dr Ridd has done what the average Australian would consider to be the right thing. Most importantly he has not remained silent – surely, he will be vindicated at the final trial when all the evidence is heard and all the arguments made and considered.