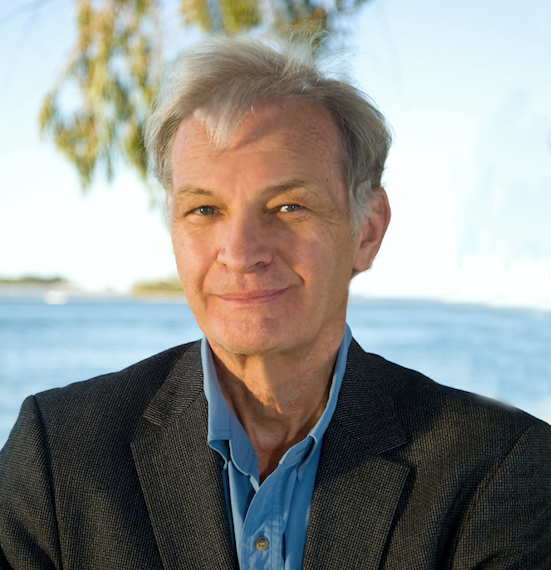 He studied chemistry at Imperial College, London, has 10 degrees, including a law degree, and has published more than 100 scientific papers. I’m referring to my husband, John Abbot. He is also a man of few words.

The report begins by explaining that the Bureau has 695 automatic weather stations spread across Australia, and that data from this network underpins all of the services the Bureau delivers, enabling more than 500,000 public forecasts, and nearly 15,000 weather and ocean warnings which are issued each year. The report then goes on to explain that just two of these weather stations are “not fit for purpose” – Goulburn Airport (Goulburn) and Thredbo Top Station (Thredbo).

On the 5th and 18th July, respectively, I explained in detail at my blog that after temperatures below minus 10 degrees Celsius were measured by the Goulburn and Thredbo weather stations they were not subsequently recorded as such in the appropriate database by the Bureau.

While the Bureau strenuously denied it was setting limits on how cold a temperature could be recorded from any particular weather station, the Minister Josh Frydenberg nevertheless insisted on the review – and of the entire AWS network.

The Minister phoned me late on Thursday, to let me know that the review was done and that the investigation found that Goulburn and Thredbo were the only stations, out of the entire network, where temperature records had been affected.

What are the chances? Of the nearly 700 weather stations, I stumbled across the only two with problems!

Goulburn was discovered because my friend Lance Pidgeon lives nearby. He was up early on the morning of 2 July concerned his pipes were going to freeze and burst – while watching the live AWS temperature readings tick-over for that weather station. He then texted me when what appeared to be a new record for July of minus 10.4 was reached, only for us to both see this rounded-up to minus 10.0.

Thredbo was discovered because, after making a fuss about Goulburn, I wanted to check that the Bureau had actually lifted the limits on readings below minus 10. So, two weeks later I decided to get up early and watch for the lowest second-readings at one of the stations in the snowfields. Given the weather set-up that morning, I thought it might be cold across that region. Why did I choose Thredbo – of all the weather stations in the Australian Alps? Simply because my school friend Diane Ainsworth died in the landslide there twenty years ago.

“And I’m vindicated in that 77-page report,” I said to John Abbot – last Friday morning.

But unfortunately, neither the report, nor its recommendations are going to fix the more substantive issues that I have been raising since at least 2011 – when much of the city of Brisbane was flooded by emergency releases from a dam that was never meant to ever fill again, according to the best guesses from our Bureau.

Indeed, in the years preceding the flooding of Brisbane the Bureau’s own David Jones, Head of Climate Analysis, was often penning opinion pieces, including for the Sydney Morning Herald, that explained drought was the new norm for Australia. In an email, back in September 2007 he went as far as to say that: “climate change here in Australia is now running so rampant that we don’t need meteorological data to see it.”

Dr Jones could be characterised as a ‘true believer’. He is now the Head of Climate Monitoring and Prediction at the Bureau. Perhaps not surprisingly the Bureau keeps telling us that next year will be hotter than the last and that this last winter was the warmest on record – never mind the record number of frosts being tallied up by farmers across the south east.

For some years every minister responsible for the Bureau has successfully staved-off what must come eventually: a proper public review into the operations of this institution, which has lost its way. For some years, ministers responsible for the Bureau have been claiming that there can be no external review because there is a need to maintain public confidence – they seem to know that a transparent review and public confidence are incompatible.

The report pertaining to this latest internal review claims that even though there has been a strict limit on how cold temperatures could actually be recorded at Thredbo, Australia’s climate history has in no way been compromised. This is nonsense!

Since the year the new automatic weather station was installed at Thredbo – by coincidence the year my friend Diane died in the landslide – there has been a significant reduction in the number of days measuring minus 10 degrees or lower.

To be clear, and contrary to what is written in this latest report from the internal review, the equipment installed at Thredbo back in 1997 is world class. There is nothing wrong with the equipment, and it can record temperatures down to minus 60 degrees Celsius.

The problem is senior management at the Bureau, and specifically their instructions for how the equipment is to be operated.

For example, and to raise another issue: because the electronic probes in the new automatic weather stations are much more sensitive to temperature change than the previous liquid-in-glass thermometers, the one-second measurements from the new probes must be averaged over 1 to 10 minutes before taking a recording. This is detailed in various reports and is also World Meteorological Organisation policy. So, in the UK, the data loggers are set to automatically average over 1 minute; in the US, it is 5 minutes.

The Bureau has the correct documentation in place, with the key report – based on detailed experimental work undertaken here in Australia in the early 1990s – published back in 1997. But the Bureau is not actually following its own guidelines.

I have worked this out by comparing readings from different pages as displayed on the Bureau’s website. But according to the new internal review of AWS operations, this must stop. In particular, the review found, “the current data flow architecture creates situations where data can be delivered to, and displayed on, the Bureau’s website via multiple pathways and this can be potentially inconsistent and confusing for end users.”

I was initially confused but then treated the various anomalies from the perspective of a puzzle to be solved.

This new report does clarify many issues. Indeed, while I initially thought that the new limit of -10.0 degrees Celsius had just been put in place this winter – it is apparent from the report that it has been in place at Thredbo for ten years, since 2007. What is not clear is how a value that is measured below minus 10 by the equipment is actually recorded, with my observations suggesting that at Thredbo it ends up as blank, while at Goulburn it is rounded to minus 10.0.

During June and July of this year, blizzard conditions were experienced across the Australian Alps, but we will never know how cold it actually got. Because a MSI1 card reader prevented the equipment – able to record down to minus 60 – from recording below minus 10 at Thredbo and probably also at many other locations. It is also impossible to know how cold this last winter was relative to 1994 because the weather station at Charlotte Pass was closed in March 2015 – it is no longer in operation.

Earlier this year, specifically on Wednesday 26 July, I was interviewed by Alan Jones on radio 2GB. He has one of the highest rating talkback radio programs in Australia. From about 7.40 a.m. that morning we discussed my concerns, specifically about limits on how cold temperatures can be recorded at Thredbo.

According to the new internal report from the Bureau, and apparently by coincidence, the very next day, on 27 July the limits were lifted at Thredbo. After 10 years at least, the Thredbo weather station was able to record very low temperatures again.

‘Low’and behold: on 2 August, a minimum temperature of -10.9 was recorded at Thredbo.

It had been such a long time since such a cold temperature had been recorded at Thredbo – at least 15 years coincident with the installation of the card that prevented the measurement of temperatures below minus 10.4.

Rather than announce the lifting of the ban on very cold temperatures at Thredbo, that very same day, 2 August 2017, the Bureau announced that July 2017 had been the warmest on record – ever, for Australia.

Contrary to the Minister’s press release of last Thursday, core issues at the Thredbo weather station have not been fixed – and these are issues that also affect the other 694 weather stations. By its own admission in the report (page 22), the Bureau is recording one-second extrema from at all weather stations: it is not averaging these values over at least one minute as is standard practice in the UK, or over 5 minutes as is done in the US.

Recording one-second extrema (rather than averaging) will bias the minima downwards, and the maxima upwards. Except that the Bureau has been placing limits on how cold an individual weather station can record a temperature, so most of the bias will have been upwards over the last few years – in accordance with Dr Jones’ favourite story about man-made warming.

It is well and truly time for an open, transparent and independent external review of the Bureau, and its management.

And John Abbot would prefer that it wasn’t just about me. So, such a review would need to address the multitude of other issues that have been documented over the years including by Warwick Hughes, Ken Stewart, Joanne Nova, Maurice Newman and indeed also by John Abbot – most recently in the journal Atmospheric Research (volume 197, page 290) where he explains that the Bureau’s probabilistic seasonal rainfall forecasts are misleading.

****
A version of this article was first published at The Spectator Australia.