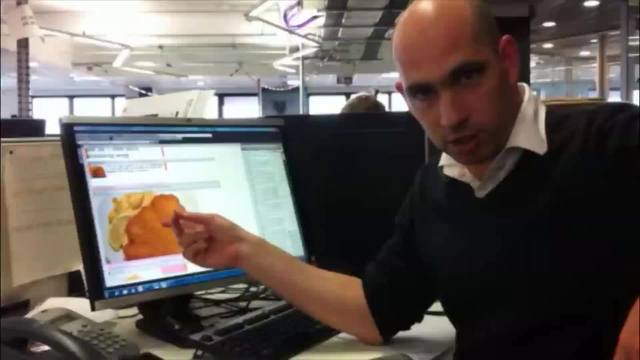 For the true believer, it is too awful to even consider that the Australian Bureau of Meteorology could be exaggerating global warming by adjusting figures. This doesn’t mean though, that it’s not true.

In fact, under Prime Minister Tony Abbott, a panel of eminent statisticians was formed to investigate these claims detailed in The Australian newspaper in August and September 2014. The panel did acknowledge in its first report that the Bureau homogenized the temperature data: that it adjusted figures. The same report also concluded that it was unclear whether these adjustments resulted in an overall increase or decrease in the warming trend. No conclusions could be drawn because the panel did not work through a single example of homogenization, not even for Rutherglen. Rutherglen is of course in north eastern Victoria, an agricultural research station with a continuous minimum temperature record unaffected by equipment changes or documented site-moves, but where the Bureau nevertheless adjusted the temperatures. This had the effect of turning a temperature time series without a statistically significant trend, into global warming of almost 2 degrees per Century.

According to media reports last week, a thorough investigation of the Bureau’s methodology was prevented because of intervention by Environment Minister Greg Hunt. He apparently argued in Cabinet that the credibility of the institution was paramount. That it is important the public have trust in the Bureau’s data and forecasts, so the public know to heed warning of bushfires and cyclones.

This is the type of plea repeatedly made by the Catholic Church hierarchy to prevent the truth about paedophilia, lest the congregation lose faith in the church.

Contrast this approach with that by poet and playwright Henrik Ibsen who went so far as to suggest ‘the minority is always right’ in an attempt to have his audience examine the realities of 18th Century morality. Specifically, Ibsen wanted us to consider that sometimes the individual who stands alone is making a valid point which is difficult to accept because every culture has its received wisdoms: those beliefs that cannot be questioned, until they are proven in time to have been wrong. British biologist, and contemporary of Charles Darwin, Thomas Huxley was trying to make a similar point when he wrote, “I am too much of a skeptic to deny the possibility of anything.”

Mr Hunt defends the Bureau because they have a critical role to play in providing the Australian community with reliable weather forecasts. This is indeed one of their core responsibilities. They would, however, be better able to perform this function, if they used proper techniques for quality control of temperature data, and the best available techniques for forecasting rainfall [1]. Of concern, there has been no improvement in their seasonal rainfall forecasts for two decades because they use general circulation models [2]. These are primarily tools for demonstrating global warming, with dubious, if any skill, at actually forecasting weather or climate.

Consider for example, the Millennium drought and the flooding rains that followed in 2010. Back in 2007, and 2008, David Jones, then and still the Manager of Climate Monitoring and Prediction at the Bureau of Meteorology, wrote that climate change was so rampant in Australia, “We don’t need meteorological data to see it” [3], and that the drought, caused by climate change, was a sign of the “hot and dry future” that we all collectively faced [4]. Then the drought broke, as usual in Australia, with flooding rains. But the Bureau was incapable of forecasting an exceptionally wet summer, because such an event was contrary to how senior management at the Bureau perceived our climate future. So, despite warning signs evident in sea surface temperature patterns across the Pacific through 2010, Brisbane’s Wivenhoe dam, a dam originally built for flood mitigation, was allowed to fill through the spring of 2010, and kept full in advance of the torrential rains in January 2011. The resulting catastrophic flooding of Brisbane is now recognized as a “dam release flood”, and the subject of a class action lawsuit by Brisbane residents against the Queensland government.

Indeed despite an increasing investment in super computers, there is ample evidence that ideology is trumping rational decision making at the Bureau on key issues that really matter, like the prediction of drought and flood cycles. Because a majority of journalists and politicians desperately want to believe that the Bureau knows best, they turn away from the truth, and ignore the facts.

News Ltd journalist Anthony Sharwood got it completely wrong in his weekend article defending the Bureau’s homogenization of the temperature record [5]. I tried to explain to him on the phone last Thursday, how the Bureau don’t actually do what they say when they homogenize temperature time series for places like Rutherglen. Mr Sharwood kept coming back to the issue of ‘motivations’. He kept asking me why on earth the Bureau would want to mislead the Australian public. I should have kept with the methodology, but I suggested he read what David Jones had to say in the Climategate emails. Instead of considering the content of the emails that I mentioned, however, Sharwood wrote in his article that, “Climategate was blown out of proportion”, and “independent investigations cleared the researchers of any form of wrongdoing”.

Nevertheless, the content of the Climategate emails includes quite a lot about homogenization, and the scientists’ motivations. For example, there is an email thread in which Phil Jones (University of East Anglia) and Tom Wigley (University of Adelaide) discuss the need to get rid of a blip in global temperatures around 1940-1944. Specifically Wigley suggested they reduce ocean temperatures by an arbitrary 0.15 degree Celsius. These are exactly the types of arbitrary adjustments made throughout the historical temperature record for Australia: adjustments made independently of any of the purported acceptable reasons for making adjustments, including site moves, and equipment changes.

Sharwood incorrectly wrote in his article that: “Most weather stations have moved to cooler areas (i.e. areas away from the urban hear island effect). So if scientists are trying to make the data reflect warmer temperatures, they’re even dumber than the sceptics think.” In fact, many (not most) weather stations have moved from post offices to airports, which have hotter, not cooler, day time temperatures. Furthermore, the urban heat island creeps into the official temperature record for Australia, not because of site moves, but because the temperature record at places like Cape Otway lighthouse is adjusted to make it similar to the record in built-up areas like Melbourne, which are clearly affected by the urban heat island [6].

I know this sounds absurd. It is absurd, and it is also true. Indeed, a core problem with the methodology that the Bureau uses is its reliance on “comparative sites” to make adjustments to data at other places. I detail the Cape Otway lighthouse example in a recent paper published in the journal Atmospheric Research, volume 166, page 145 [6].

It is so obvious that there is an urgent need for a proper, thorough and independent review of operations at the Bureau. But it would appear our politicians and many mainstream media are set against the idea. Evidently they are too conventional in their thinking to consider that such an important Australian institution could now be ruled by ideology.

This article was first published at On Line Opinion.  A shorter versions was subsequently published at The Australian, with the wonderful cartoon of Greg Hunt by Eric Lobbecke.