I believe that a scientist looking at nonscientific problems is just as dumb as the next guy.
Richard P. Feynman 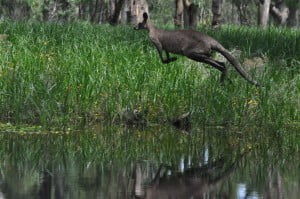 Photograph of the kangaroo taken in the Central Murray Valley by Faye Ashwin [click on the image for a larger/better view].