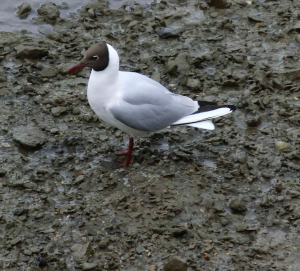 Photograph of the Black-headed gull taken in Lymington, England about a month ago.