‘The Australian government claims that next month’s tax on carbon dioxide cannot be blamed for today’s soaring costs of living.

This tax, however, is just their latest assault in the decades-long war on carbon that is already inflating the cost of everything. 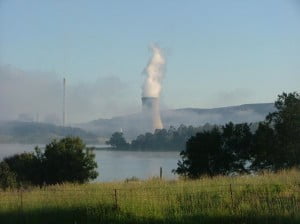 For at least a decade, power companies have been obliged to source 10-15% of their power at inflated prices from costly and unreliable sources like wind and solar. And for every wind or solar plant built, a duplicate backup gas facility is needed, increasing the demand and price for backup gas, hitting other gas consumers. Moreover, the threat of more carbon taxes has deterred the construction of efficient new coal-burning power plants. Rising electricity costs feed into the cost of everything from public transport to building materials.

The climatists are also responsible for numerous policies pushing up the price of food. These include the ethanol/biofuel madness, the restrictions on the fishing industry, the Kyoto scrub clearing bans, the spread of carbon-credit forests over farming and grazing land, the never ending war on irrigators, and the virtual ban on building new water-supply dams.

Then we have all the hidden costs of the climate industry. Thousands of our smartest graduates are lured into well-paid dead-end desk jobs in the overheads industry devoted to climate red tape, while real entrepreneurs are unable to find workers to develop our continent of under-utilised resources. There is an overpaid bureaucracy devoted to climate “research”, alternate energy, international junkets, Kyoto give-aways, and administration, auditing, enforcement, accounting, law and propaganda for their empire of climate taxes and subsidies.

Finally we have income tax implications from all the money being flung around to bribe people to accept their carbon tax? Every Australian will get these bills somewhere, sometime. And who pays for the hundreds of millions poured down subsidy rat-holes like carbon capture, solar panels, pink bats and the IPCC?

Australia’s crippling carbon tax is but the latest symptom of the costly Climate Madness infecting the well-fed elite of the western world.