Government policies across the world generally favour locking-up forests for carbon sequestration. But a new study by the NSW Government’s Department of Primary Industries suggests: Total greenhouse gas emissions abatement and carbon storage from a multiple use production forest exceed the carbon storage benefit of a conservation forest.

The report stresses that to quantify the climate change impacts of forestry, the entire forestry system should be considered: the carbon dynamics of the forest, the life cycle of forest products; the substitution benefit of biomass and wood products, the risk of leakage resulting from deforestation and forest degradation in other countries.

The study compares the overall greenhouse gas balance for two coastal harvested versus two conservation forests. The accounting method used shows that most of the savings for the harvested forests is in the area of “product substitution”; the idea being that substitution of wood through the use of cement, steel and aluminium creates emissions.

If you are interested in the crooked business of carbon accounting, or looking to justify the harvesting of forests for more fashionable reasons than economics, the report is worth a read: 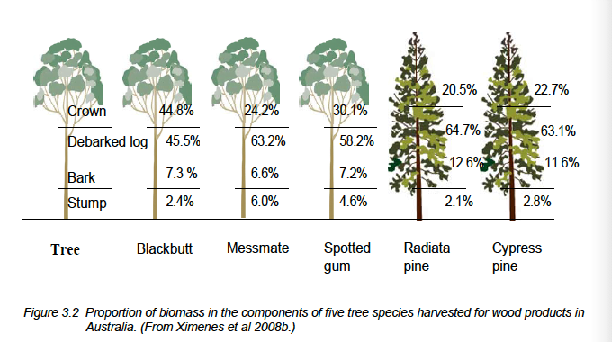