THE fourth inquest into the death of Azaria Chamberlain concluded today with the Coroner ruling the baby died as a result of being taken by a dingo.

Lindy Chamberlain, the mother condemned by the Australian public and wrongfully jailed for Azaria’s death, tells her story at her website:

‘The family was staying in the public campground at Ayers Rock (now Uluru). Before the night was over her daughter was to disappear from the tent where she was sleeping. Lindy had seen a dingo coming out of the tent, and when she checked on her daughter, found her gone. There were dingo prints leading into the cold desert night and blood in the tent. But by morning, people who had not been with Lindy comforting her, or searching on that night, were already spreading wild, untrue rumours. Of sacrifice, murder, dingoes not being capable, and of weird behaviour…

As you look at the contents of this website, just for curiosity, or for research, keep foremost in your mind that this is two stories, firstly about a young life cut short. But, it is also the story of a mother who fought for justice, while struggling to keep her family together.

Above all, in everything that you do with your life, keep an open mind… 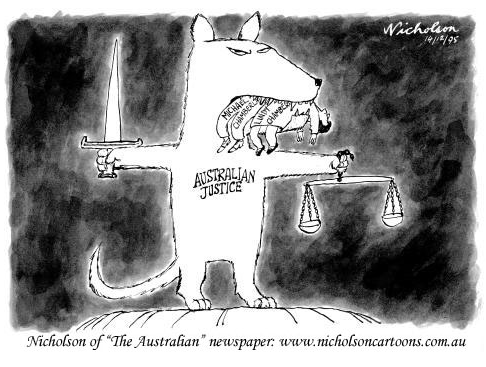