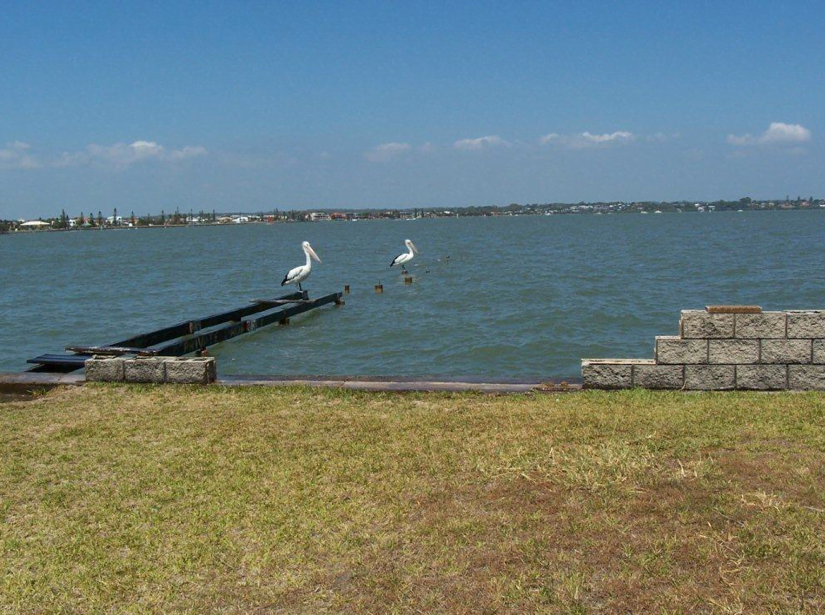 There were no enhancing or diminishing factors influencing sea levels that I am aware of. The remaining decking on the ruined jetty (click on photograph to see more of jetty) is at the height of the top of the sea wall (lawn height) so it can be seen that the King Tide height is about 300 mm below the lawn height.

So, according to my observations, sea levels in Moreton Bay have gone down about 300 mm over the last 67 years.