What if more than one of your neighbours has a weather station, and all the temperature readings differ? In this case you could take an average of all the measurements. What if you live far away from your neighbours? How would you combine their measurements to obtain an accurate estimate? 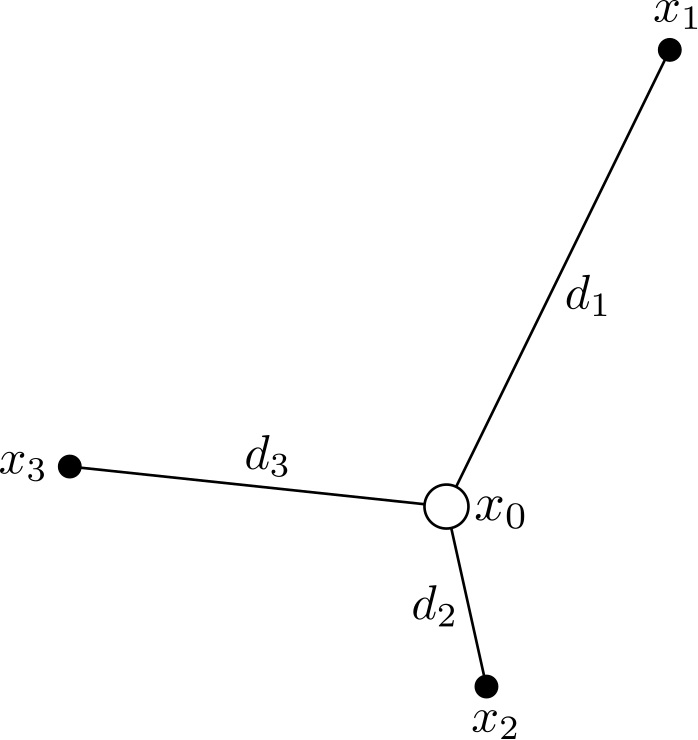 A slightly more complicated method than mere averaging is inverse distance weighting (IDW), where the amount each neighbour contributes to the central location x0 is determined by the distance between the neighbour and x0. This idea is based on Tobler’s law (the first law of geography): “everything is related to everything else, but near things are more related than distant things“, assuming positive spatial autocorrelation.

Several other spatial interpolation techniques have been developed, including:

Consider the area around the town of Deniliquin (New South Wales, Australia) shown in the map below. From 1910 to 2018, a total of 71 weather stations (measuring surface air temperature) were active in this area. In this example it will be shown that the temperature record of one station located in Deniliquin can be recreated from the neighbouring stations. 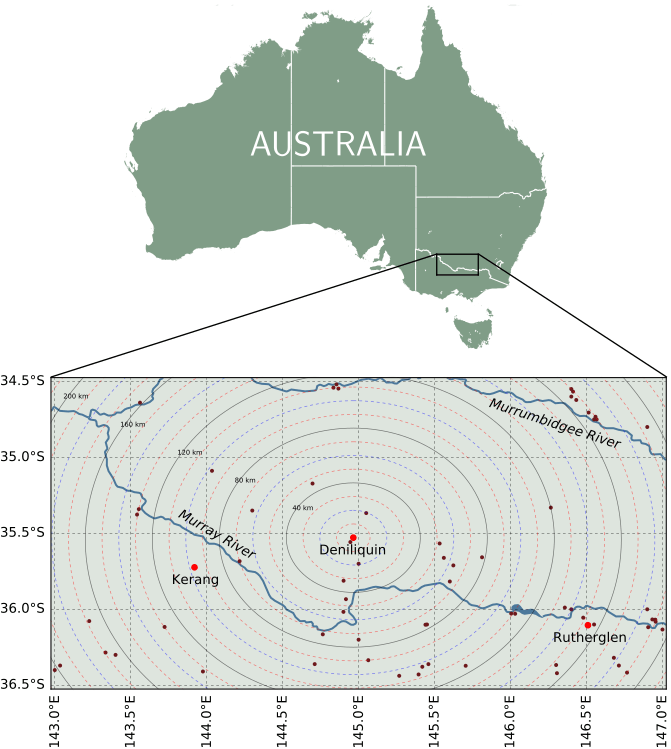 The temperature record used in this example is the monthly mean maximum temperature series shown below.

The above record is removed from the record, and an artificial neural network (ANN) is trained on the remaining weather station data. The removed record is then recreated using the trained ANN. The recreated record (in blue) compared with the original one (in red) are shown below, in the top graph. The difference (or error) between the two is also shown below, in the bottom graph. 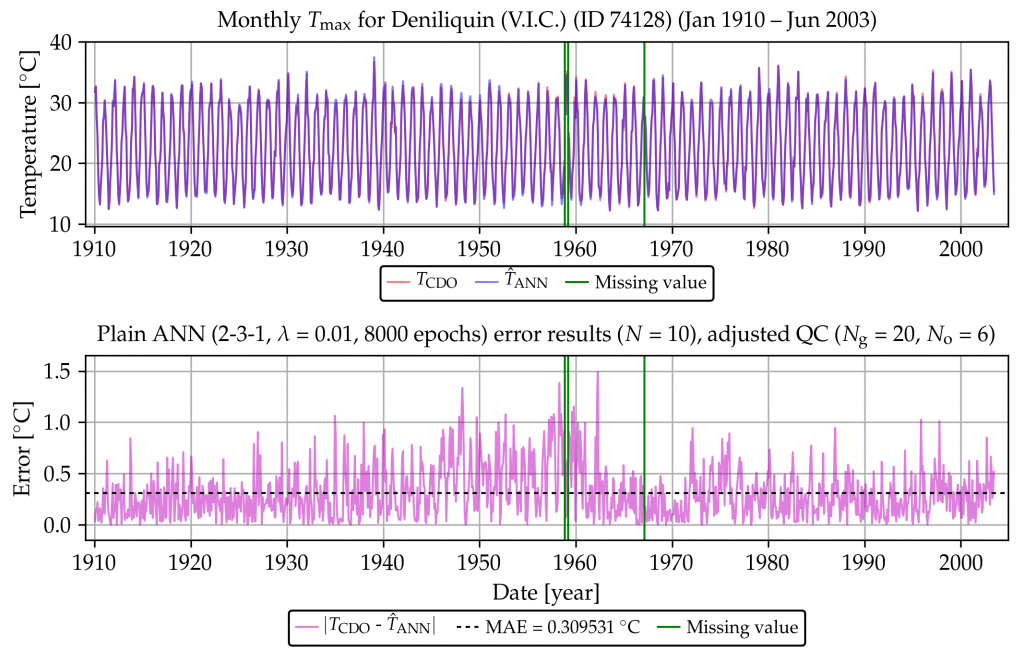 The same record was also recreated using the IDW method discussed above, and it was found that the ANN method is superior. More technical details of this method are available in this report.