Ideally weather records would be complete for every station – no missing values for any day, month or year. Unfortunately, in reality many values are missing. An example of a temperature record, with several monthly values missing, is shown below. The Rochester record spans a total of 416 months, of which 118 are missing. 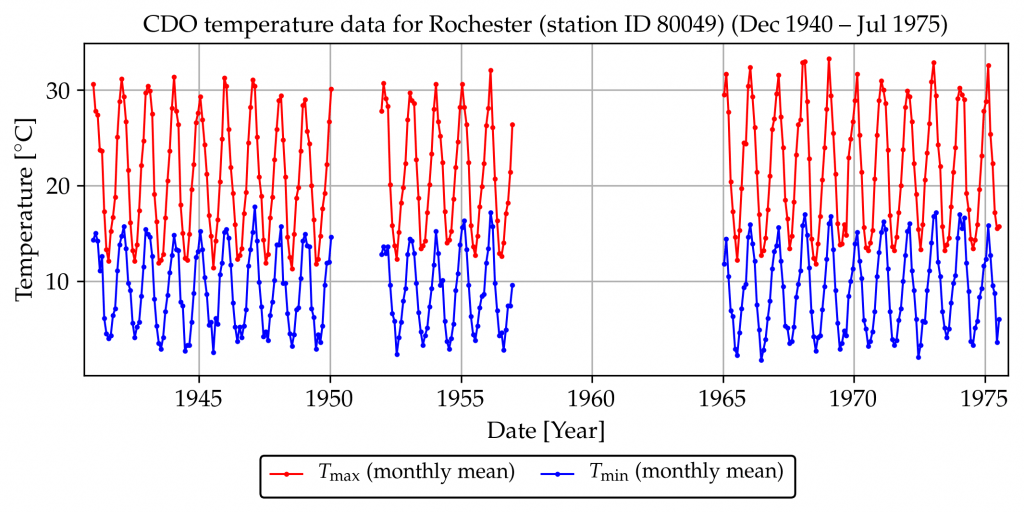 Possible reasons that data values are missing from weather records are given below.

What can be done to improve this situation? The missing values can be estimated to infill the incomplete record. There are generally two approaches to perform infilling:

The drawback of approach 1 above is its inability to infer extraordinary events. Suppose the missing January mentioned above were exceptionally cold. It would not be possible to tell this by looking at other measurements from the same site. A better approach in this case would be to investigate neighbouring weather stations – those that do have a value recorded for the date that is missing.

The missing value can then be recovered by combining data from neighbouring stations, and exploiting the known historical differences between the station under question and its neighbours.

More technical details are available in this report.