IN his latest novel about climate change, award-winning novelist Ian McEwan[1] apparently took inspiration for his main character, Michael Beard, from the people he encountered at the 2007 Potsdam Nobel Laureate Symposium on climate change.   Not surprising Professor Beard is male and a Nobel Laureate, but interestingly also fat, comic, aging, a liar and scoundrel.

At the beginning of the novel Beard is a global warming sceptic, but by the end he is lecturing on the need for fund managers to invest in his research on artificial photosynthesis as the new clean energy and solution to peak oil etcetera…

“We have to replace that gasoline quickly for three compelling reasons. First, and simplest, the oil must run out. No one knows exactly when, but there’s a consensus that we’ll be at peak production at some point in the next five to fifteen years. After that, production will decline, while the demand for energy will go on rising as the world’s population expands and people strive for a better standard of living. Second, many oil-producing areas are politically unstable and we can no longer risk our levels of dependence. Third, and most crucially, burning fossil fuels, putting carbon dioxide and other gases into the atmosphere, is steadily warming the planet”.

While the book has been praised and promoted by environment groups, including Friends of the Earth, and not received so well by US Republicans, there are various appeals in the story to classic liberal philosophy including in the following paragraph where Beard juxtaposes the grand plans for the world expounded by a group of climate activists sharing time together in the Arctic with their general inability to maintain order in a shared boot room …

“Everyone, all of us, individually facing oblivion, as a matter of course, and no one complaining much. As a species, not the best imaginable, but certainly the best, no, the most interesting there was. But what about the general disgrace that was the boot room? Evidently, a matter of human nature.  And how were we ever going to learn about that? Science of course was fine, and who knew, art was too, but perhaps self-knowledge was beside the point. Boot rooms needed good systems so that flawed creatures could use them properly. Leave nothing, Beard decided, to science or art, or idealism. Only good laws would save the boot room. And citizens who respected the law.”

“Not by being virtuous, not by going to the bottle bank and turning down the thermostat and buying a smaller car. That merely delays the catastrophe by a year or two. Any delay is useful, but it’s not the solution. This matter has to move beyond virtue. Virtue is too passive, too narrow. Virtue can motivate individuals, but for groups, societies, a whole civilisation, it’s a weak force. Nations are never virtuous, though they might sometimes think they are. For humanity en masse, greed trumps virtue. So we have to welcome into our solutions the ordinary compulsions of self-interest, and also celebrate novelty, the thrill of invention, the pleasures of ingenuity and co-operation, the satisfaction of profit. Oil and coal are energy carriers, and so, in abstract form, is money. And the answer to that burning question is of course exactly where that money, your money, has to flow – affordable clean energy.”

Beard is not virtuous and doesn’t like “political people” in particular because, he claims, injustice and calamity animated them, it is their milk, their lifeblood, it pleasures them.

He is also not susceptible to the human folly of falling in love – or at least he mostly avoids the emotion despite marrying five times – but he is susceptible to food.

Indeed while aspects of the novel’s treatment of the science of global warming might appeal to sceptics, and other bits to alarmists, a consistent and persistent theme is concern for overconsumption of the earth’s natural resources with Professor Beard’s insatiable appetite for food the allegory.

I give the novel five stars and recommend it to anyone with an interest in the politics of climate change and/or human nature.

[1] McEwan’s works have earned him worldwide critical acclaim. He won the Somerset Maugham Award in 1976 for his first collection of short stories First Love, Last Rites; the Whitbread Novel Award (1987) and the Prix Fémina Etranger (1993) for The Child in Time; and Germany’s Shakespeare Prize in 1999. He has been shortlisted for the Man Booker Prize for Fiction numerous times, winning the award for Amsterdam in 1998. His novel Atonement received the WH Smith Literary Award (2002), National Book Critics’ Circle Fiction Award (2003), Los Angeles Times Prize for Fiction (2003), and the Santiago Prize for the European Novel (2004). He was awarded a CBE in 2000. In 2006, he won the James Tait Black Memorial Prize for his novel Saturday and his novel On Chesil Beach was named Galaxy Book of the Year at the 2008 British Book Awards where McEwan was also named Reader’s Digest Author of the Year.   http://www.ianmcewan.com/ 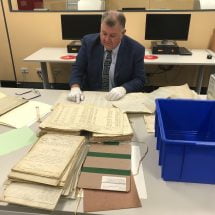