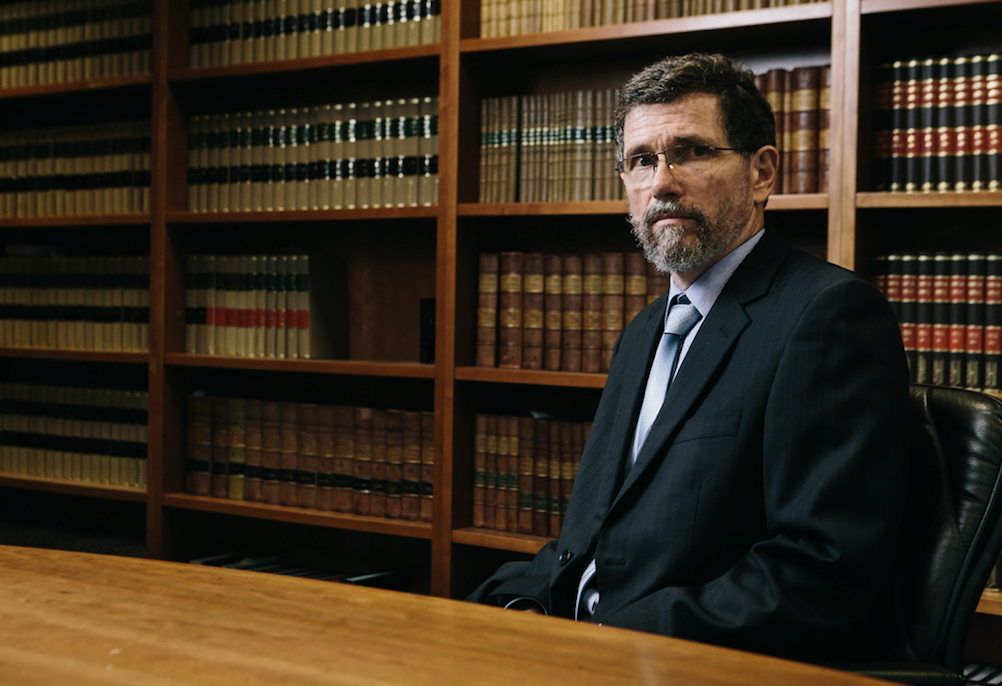 THE Australian Broadcasting Corporation – the most significant source of news and current affairs for Australia – is not reporting on Peter Ridd’s trial in the Federal Circuit Court in Brisbane. A key point made by Dr Ridd this morning is that there is absolutely no quality assurance of Great Barrier Reef research – research that they report on almost daily.

Changes in temperature, acidity, and also turbidity (muddiness) are consequences of physical processes. Yet the media mostly interview biologists who assume changes, without actually measuring them and then set about establishing effects in fish tanks.

Ocean acidification, for example, is an area of research where, in less than 20 years, the number of published papers has increased from zero to 800 each year. Sometimes the biologists have even added hydrochloric acid to artificially reduce the pH of the water in their fish tanks to mimic what their computer simulation models have determined must surely be our dystopian future. The media headlines then incorrectly report the result as the current situation at The Great Barrier Reef – this makes for more and more fake news.

Meanwhile, physicist Peter Ridd has been studying and measuring actual changes at the Great Barrier Reef for more than 35 years – contributing to a deeper understanding of many of the most important physical processes.

For example, if we are to measure the impact of sugarcane farming then we need to know how much muddier reef waters are now, relative to before European settlement.

In the wake of the very high-profile launch of the WWF Save the Reef Campaign back in June 2001, there was a flurry of newspaper articles. They reported that sediment was literally smothering the corals of the Great Barrier Reef. Yet there was no evidence for this beyond some fake photographs that were exposed yesterday in the Federal Court by Peter Ridd’s Barrister, Stuart Wood QC. You can see these photographs in my last blog post.

Over the years many biologists have been claiming that muddiness (caused by excess sediments) is a problem, and yet no one from the Geophysical Laboratory at James Cook University has been interviewed about this. At this laboratory there are physicists studying ocean tides, currents, waves and their effect on the concentration and distribution of the sediments, which are supposedly causing the problem.

Peter Ridd joined the laboratory in 1989, as one of the first four post-doctoral fellows employed there. He is the only one to survive several decades as an academic at James Cook University, being promoted to Professor in 2008 and becoming the Head of Physics in the same year.

Professor Ridd began his career undertaking detailed measurements of turbidity with different instruments. He was interested in how to measure the advection of sediment (mud) and its resuspension by wave generated shear stresses. This requires an understanding of Newton’s laws of motion and wave theory. So obsessed was he with the accuracy of these measurements that he invented new equipment so that more accurate measurements of turbidity (muddiness) could be recorded under the variety of different natural conditions – considering the vastness of the reef.

Once Peter Ridd had mastered this, he moved on to understand in more detail how sediments potentially carry pollutants, including fertilizers and pesticides, from farmland into reef waters. He was most interested in how these pollutants could potentially be mixed through turbulent diffusion and dilution, which are also complex physical processes.

He has also studied temperatures: heat fluxes from the sun, infrared radiation from the surface (Stefan Boltzmann Law), evaporative fluxes and latent, vertical mixing of hot water into the water column by waves (another physical mechanism). These processes are now well documented including in some of his over 110 scientific publications.

It is now understood how pH (acidity) varies on a daily, seasonal and inter-annual basis, including with large fluctuations in temperature that is common across bodies of water, and also with water depth. Yet the experiments in fish tanks, which some biologists persist with, fail to incorporate this variability into their design, or the interpretation of results.

The Great Barrier Reef is a vast and complex ecosystem. It is the case that the considerable daily variations in temperatures, pH and turbidity from natural processes still dwarf any measurable human impact. While there are trends of increasing water temperature and pH at some locations, it is unclear to what extent these longer-term trends are part of existing natural cycles.

One of his most recent peer-reviewed publication is entirely about a biological phenomenon: coral calcification rates. He measured coral extension and density and determined that corals like it hot!

It is a fact that most species of coral that live on the Great Barrier Reef also live in much warmer waters, closer to the Equator around Indonesia and Thailand. Coral growth rates are closely linked to temperature, and both appear to have increased ever so slightly at the Great Barrier Reef over the last 100 years. This is good news – unreported. The increase in growth rates may all be part of a natural cycle, or there may be an anthropogenic (human-cause) effect linked to global warming. We have already done all the work for you and collected all the free spins on registration in a convenient form on our website.

Peter Ridd has been keen to find a human-impact in the many and varied research projects that he has been involved with, many including biologists. If he had found a negative impact, he would no doubt still have a job doing what he is best at – teaching, and scientific research. But science is currently funded and reported in such a way that inconvenient facts are ignored while Dr Ridd who has persisted with the truth – explaining that The Great Barrier Reef is healthy and reef research has no proper quality controls – finds himself in a law court and fighting for his job back.

Gideon Rozner is tweeting live from the Court: https://mobile.twitter.com/GideonCRozner

If you would like to read an update from me later today/tonight subscribe for my e-news: https://jennifermarohasy.com/subscribe/

You will get more, and different news at: https://ipa.org.au/peterridd

The research projects detailed in this article can be explored in more detail at ResearchGate: https://www.researchgate.net/profile/Peter_Ridd