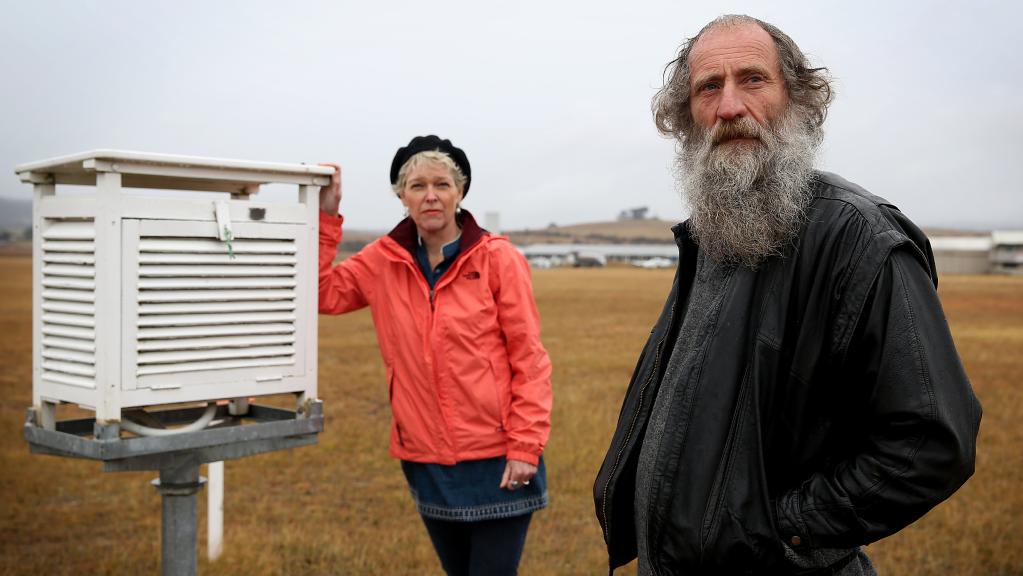 Following is the latest advice from the Australian Bureau of Meteorology regarding measurement of temperatures from automatic weather stations (AWS). This advice contains numerous errors of fact and is inconsistent with the information in an internal review issued just last Thursday.

The following misinformation has just been posted at the official Bureau website:

My responses to the inaccuracies in this document are prefaced with JM, and inserted herein.

FAST FACTS: How does the Bureau measure temperature?

JM: No. Electronic sensors have shorter response times than mercury thermometers. So, to ensure there is no discontinuity in measurements when the transition occurred from mercury thermometers to electronic probes the maximum and minimum values need to be calculated from one-second readings that have been averaged over at least one minute.

3. Both the mercury-in-glass thermometers, and the electronic sensors, are housed within a Stevenson Screen. The time taken for air to be exchanged from the outside environment to within the screen provides a further time integration for the measurement of the ambient air temperature.

4. The response time of the sensor used in the Bureau AWSs is as long or longer than the changes in the temperature of the air it is measuring.

JM: This may be the case. But the key issue has always been achieving consistency with measurements from the mercury thermometers – so there are no discontinuities in the temperature record with the transition from mercury thermometers to temperature probes. There was a report issued by the World Meteorological Organisation (WMO) in 1997 entitled ‘Instruments and Observing Methods’ (Report No. 65) that explained because the modern electronic probes being installed across Australia reacted more quickly to second by second temperature changes, measurements from these devices need to be averaged over a one to ten-minute period to provide some measure of comparability with the original thermometers.

5. This means that each one second temperature value is not an instantaneous measurement of the air temperature but an average of the previous 40 to 80 seconds. This process is comparable to the observation process of an observer using a “mercury-in-glass” thermometer. Are these methods consistent with international best practice?

JM: The two claims made in this dot point are not consistent with published studies. As regards ‘these methods’, if this is an attempt at justifying an instantaneous one-second reading, then the answer is: No. .

[Please also note the information as a postscript from Lance Pidgeon – scroll down to after the photograph of us both at Goulburn.]

JM: The guide at the said link clearly states on page 540 (Part 2, Section 1.3.2.4) that atmospheric air temperature be reported as 1 to 10 minute averages. Therefore, the Bureau’s procedures are not compliant with WMO guidelines.

7. The guide recommends that temperatures be integrated over time to smooth out rapid fluctuations. There is more than one method of achieving this. The WMO guidelines do not prescribe which method to take. In its automatic weather stations the Bureau achieves this by using platinum resistance thermometers. These are comparable to mercury in glass thermometers.

In summary, given the Bureau is taking one-second extrema, rather than following its own published guidelines (Instruments and Observing Methods Report No. 65, WMO/TD No. 862) recordings taken by the Bureau over the last twenty years from automatic weather stations across Australia may not be fit for purpose. In particular, temperature measurements from Australia since at least 1990 have not been recorded consistent with calibration, and therefore are likely to be invalid?

This advice is also provided as a PDF here: FAST FACTS -Refuted-V2

Following the link provided in the ‘Fast Facts’, I found this:

“It is recommended that the time constant, defined as the time required by the thermometer to register 63.2% of a step change in air temperature, should be 20 s. The time constant depends on the airflow over the sensor.”

This is a completely different thing to the sampling rate and averaging. It is describing the conditions BEFORE the one second sample rate not after.

A rule of thumb is that about 5 time constants need to pass before a reasonable measurement can be taken and 7 or more for an accurate measurment.

So is the BoM also trying to hide that this (before the averaging) time constant is also too short by confusing 5, 7 and 1 time constants as “40 to 80”?

Also, I just noticed that the standard calibration method looks to remove and ignore the noise during the procedure. In particular:

“Since the measurement instrument is an integral part of the electrical thermometer, its calibration may be checked by substituting the resistance thermometer by an accurate decade resistance box and by applying resistances equivalent to fixed 5 K temperature increments over the operational temperature range. The error at any point should not exceed 0.1 K. This work would normally be performed by a servicing technician.”

Lance Pidgeon
via Crookwell, near Goulburn
12 September 2017 – 8am

As far as I can tell the 2014 document Lance quotes from (which the Bureau claim they are working in accordance with – though clearly they are not) is a someone garbled version of a technically solid report published in 1997, which includes the following advice:

According to the ‘Fast Facts’, the Bureau’s procedures comply with the World Meteorological Organization’s Guide to Meteorological Instruments and Methods of Observation (the CIMO Guide) WMO-No. 8 (2014 edition). Following are two important extracts from this document:

Uploaded by Jennifer on 14 September 2017 – for future reference.