‘IN open societies where both scientists and the general public are equipped with critical skills and the tools of inquiry, not least enabled by the information revolution provided through the Internet, the ethos of science as open, questioning, critical and anti-dogmatic should and can be defended also by the public at large. Efforts to make people bow uncritically to the authority of a dogmatic representation of Science, seems largely to produce ridicule, opposition and inaction, and ultimately undermines the legitimacy and role of both science and politics in open democracies.’

That’s the final paragraph in a new report by Emil A. Røyrvik; a social anthropologist and senior research scientists at SINTEF Technology and Society, Scandinavia’s largest independent research organisation.

The report about “the debate on man-made global warming” including an analysis of “the four myths of climate change”, “the hockey stick”, “climategate” and surveys and petitions of dissenting and contrarian positions.

Dr Røyrvik comes at the issue from an academic perspective and very clearly articulates the strength of the consensus position but also the logic of the contrarians – as he labels us. 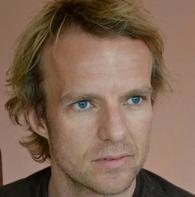 ‘Although seeking an open, (self)critical and impartial analysis, this report is, like any other human expression, based on some premises. This report is inspired by social studies of science and technology (STS) and it is necessary to briefly outline the epistemological premises that the analysis in this report is grounded in. That is, from the outset to highlight the report’s main underlying assumptions about the role and status of science in society. The report is based in the sociology of science in the form outlined especially by influential thinkers such as Robert K. Merton and Karl Polanyi. In general, Merton’s (1973) famous norms of science form the report’s epistemological gaze. Merton outlined what he termed the four sets of institutional imperatives that comprise the ethos of modern science. These four were communism, universalism, disinterestedness, and organized scepticism. Already forming the catching “CUDOS” acronym, later philosophers of science have added “originality” to Merton’s list, making the acronym even more fitting.

‘In later commonly accepted versions based on Merton (e.g. Ziman 2000) the ethos of science entails Communalism in the sense that scientific results are publicly shared by the entire scientific community; Universalism, in the sense that claims to truth are evaluated in terms of universal and
impersonal criteria, independent of terms such as race, class, gender, religion and nationality; Disinterestedness, understood in the sense that scientists should act for the common good of science, rather than for personal gain; Originality in research contributions; and Scepticism
(Organized Scepticism) through rigorous, systematic and critical scrutiny of all scientific claims by the scientific community. This last norm is achieved through peer-review and open publication.

‘Merton and followers consider these principles to be both goals and methods of science and that they are binding to scientists. In a complementary vein Michael Polanyi outlined his views on “the republic of science” (1962), a classic defence of the autonomy of the scientific endeavour. While not discarding the importance of science’s contribution to society, he argued that this could and should only be achieved under scientific self-governance: “… we reject today the interference of political or religious authorities with the pursuit of science [and] we must do this in the name of the established scientific authority which safeguards the pursuit of science”. Following Polanyi, imposing societal goals to the “Society of Explorers” would inhibit its spontaneity and freedom, and as a consequence the quality and results (also societal) of scientific inquiry. This argument highlight a continuing conflict regarding the role of science in society, on the one hand its free and unhampered pursuit of truth and the revealing of the world, and on the other hand society’s arguably legitimate interest in securing some instrumental goals and usefulness from scientific labors. Obviously, this tensional science-policy interface is at the core of the controversy related to climate science and the IPCC.