INEPTOCRACY is a system of government where the least capable of leading are elected by the least capable of producing, and where the members of society least likely to sustain themselves or succeed, are rewarded with goods and services paid for by the confiscated wealth of a diminishing number of producers. That’s according to the web-based Urban Dictionary of slang and seems to be an increasingly apt description of how Australia is governed.

The latest fiasco is the proposed closely down of an already diminished Australian fishing industry through the creation of the world’s largest marine park.

But what on earth is the purpose of having the world’s large marine park if we continue to condone the slaughter of a species of marine mammal already on the verge of extinction? There are only about 14,000 dugongs left in Great Barrier Reef waters and about 1,000 are slaughtered each year. 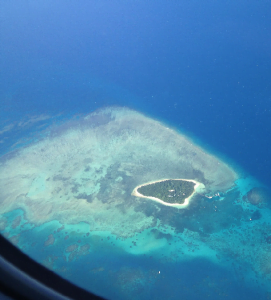 Dugongs are closely related to elephants, don’t calf until they are nearly twenty years old and suckle their young for up to two years. They are slaughtered by aborigines and Torres Strait islanders as part of an indigenous hunting right, never mind that the slaughter is unsustainable and inhumane.

If the Australian government really cared about the Great Barrier Reef and its dugongs, it would immediately ban the slaughter of dugongs by aborigines and Torres Strait Islanders.

Then there is the Murray River fiasco. The buy back of vast quantities of water by the Australian government from our most efficient food producers to send to an artificial freshwater reservoir that has crippled the Murray River’s estuary and all ostensibly to save the environment.

Before the sea dykes that dammed the estuary, each autumn when the southwesterly winds picked up, the Southern Ocean would push into Lake Alexandrina. So the lake was sometimes fresh and some brackish and during prolonged drought it was full of seawater. A mainstay of local fishery was mulloway, a large fish with a golden sheen, but there are no mulloway anymore.

Before the sea dykes were built across the five channels that converge on the Murray’s sea mouth, mulloway would hangout in the underwater canyons beyond the Murray’s mouth. As though reluctant to come in, then on a big tide and a full moon large schools would race through the inlet between the sand dunes. The year the sea dykes were sealed, the mulloway came in and then were trapped, on each ebbing tide, churning in the channels below the sea dykes. There is an old photograph of the Goolwa wharf groaning under 160 tonnes of dead mulloway.

If the Australian government really cared about fish it would restore the 75,000 hectares of terminal coastal lagoon at the bottom of the Murray Darling by removing the sea dykes.

But it doesn’t really care about dugongs or mulloway.

In our ineptocracy, real and pressing environmental issues are ignored while governments legislate against productive and sustainable industries.

Over the next few days the mainstream media are going to tell us stories about the Rio+20 conference, a place in South America where Australia’s richest environmental groups and government bureaucrats are gathering with other such groups and governments from around the world. They are gathering ostensibly to solve the environmental problems of the world by promoting a new economic order through a new political document for our future.

And not one of the many delegates from Australia has ever shown the slightest interest in any of our real environmental issues including the restoration of the Murray River’s estuary or saving our dugongs.

I took the picture of Green Island shown above from the window of one of those small Dash 8 aeroplanes on my way to Cairns last week. From Cairns I ventured north to the Daintree and went looking for cassowaries with Neil Hewett.

… only my second YouTube movie. Thanks to all who donated to Mr Koala’s fundraising appeal, we purchased the video camera with some of the monies raised.